Time to put pettiness aside and join the NRA

No, as a matter of fact “Heck NO!” By the way it’s not pettiness. It’s actually a principle I have.

Red Flag Laws - NRA was involved. The NRA has “paid” almost 45 million dollars of your money to “support Senators and Congressmen” that just sold you out on the latest bill passed through the U.S. Senate. Are you happy with how your money was spent? How is that return on investment going?

Bump Stock bull crap - NRA involved - If you are not going to vigorously fight for us, get the heck out of the way. Their response to the rules change from ATF was laughable. Everytime the NRA decides it’s going to side with democrats and RINOs our rights get chipped at.

Constitutional Carry - they want to take credit for it, but other organizations actually worked much harder to get this through.

I’m done giving money and support to an organization that does not aggressively support OUR RIGHTS, and takes most opportunities to advice politicians on how to “infringe less”. Infringement is infringement there is not a degree of it that is acceptable. Until the NRA decides to actually FIGHT for our rights rather than just put out milquetoast press releases they can go pound sand. I will never spend another dollar on this corrupt organization.

Support organizations that actually support us and actually DON’T COMPROMISE on our rights. Our rights are NON-NEGOTIABLE.

If you don’t know what organizations to support, pick one or support all of these:

If Gun Owners of America and the Firearms Policy Coalition had the resources the NRA has we’d probably have a very different outlook on our 2A rights at this time. Give your money to organizations that actually do the work, and work for you. The NRA is not one of those, IMO.
The NRA had a chance to win me back this past voting period if their leadership had gotten rid of the cancer that is Wayne LaPierre and his corruption. They showed their true colors then and there. The entire leadership of that organization is a waste, IMO.

If Gun Owners of America and the Firearms Policy Coalition had the resources the NRA has we’d probably have a very different outlook on our 2A rights at this time. Give your money to organizations that actually do the work, and work for you.

I think this is true. But also, the NRA takes all the political and social heat from anti-2A groups. When the school shooting happened in Uvalde, they didn’t go after GOA, they went after the NRA. That leaves the smaller groups more free to do their work.

I’m not out to convince anyone to join or avoid the NRA, but I recognize the important role they play.

If the NRA did not have such corrupt leadership I might even support them, but in all honesty I can’t. I find it counterproductive, dishonest, and simply deluded on our part to have the 800 pound gorilla of the NRA being a policy arm for politicians that compromise our rights. Meanwhile we have other smaller more effective organizations undoing the wrecking ball work of the NRA.

Think about it and do some investigative homework, of all the 2A infringements passed in the last 10 years by congress or your local government, how many of them had the backing of the NRA, or had been crafted with the help of the NRA? Red Flag laws are the most egregious, but are not the only ones.

So congress passes unconstitutional laws with the help and support of the NRA, and then the NRA gets to “fight” against those laws? I find that hypocritical. Just like the politicians that create the problems, and then ask you to give them more power so they can solve them.

No, I’m not impressed with this organization. Their training might be great, but their politics, and leadership are despicable.

When it comes to the U.S. Constitution, I’m an absolutist. You either support the text and spirit of it, or you do not. There is no gray area when it comes to the 2A, just like there is no gray area about the 1st, 4th, 5th, 6th and 8th. How many of those RIGHTS do Red Flag Laws violate in whole or in part? Yet when it came time to actually fight for those rights the NRA caved at every opportunity 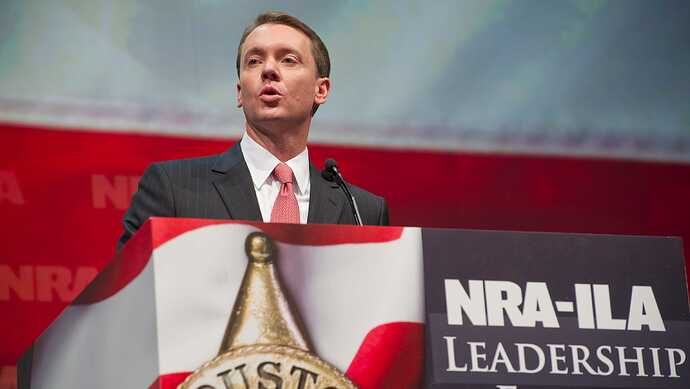 But the association's support hinges on a multitude of requirements. 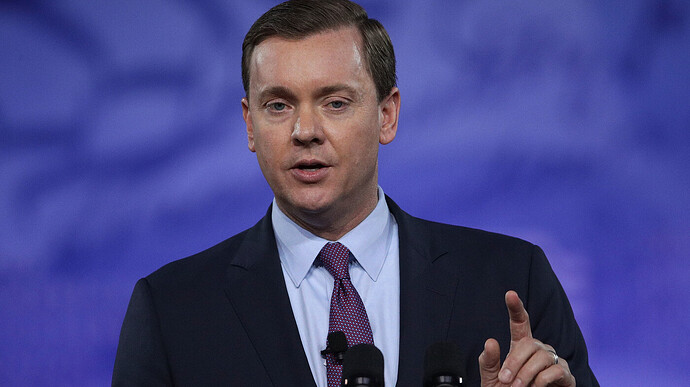 In a new video, the NRA says it supports state laws that allow temporary removal of guns from people deemed to be a threat. But gun control groups are skeptical: "The devil is in the details." 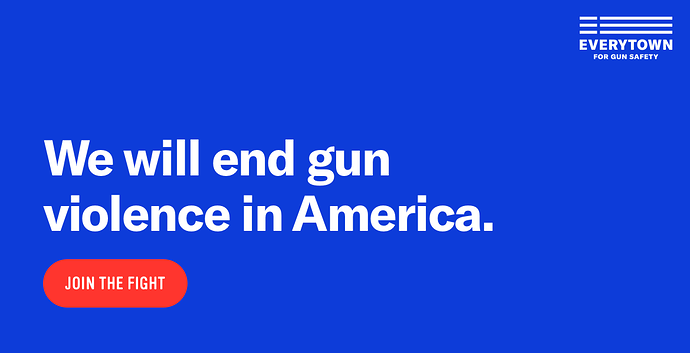 Let’s not fool ourselves, if we are giving money to the NRA, we are supporting an organization that has slowly chipped away at our constitutional rights. They say they are working to protect our 2A rights, but are they really?

When the NRA caves to the demands of the anti-rights crowd that is used as talking points by those that want to take away your rights. Have you ever heard something like this, “most gun owners support X or Y gun control measure”? Where do you think they come up with that? If the NRA supports stripping away your rights, the anti-rights crowd is going to say “Most Gun Owners”. They might be wrong (it’s not most gun owners), but it is a really hard thing to fight against.

How are we holding them, the NRA, accountable? I hold them accountable by voting with my dollars - the ONLY thing they understand. So NONE of my dollars will ever go to it. I don’t even do the “donate to the NRA” checkboxes when I purchase from MidwayUSA or other 2A vendors. I take that money and I give it to those that work for my same goals. Not to those that undermine our rights, and then ask for money to solve the problem they were complicit in creating.

How are we holding them, the NRA, accountable? I hold them accountable by voting with my dollars - the ONLY thing they understand

Yep. Not a single penny since the WLP scandal.
His supporters may put it in more pleasant terms but it’s still a scandal.

Thanks, hadn’t heard about Firearms Policy Coalition. Looked at their web, signed up. They seemed a little more mature and tame, IMHO, at first look. Great.

When I bought online from Midwest USA store, at the very last step when paying for what’s “in the cart”, the store offers a click/icon to donate or round up to donate to the NRA. But also interesting was the store posted how much was raised just by that “page” alone, and the dollar amount was astronomically high.

@Burdo when you get to comment on your purchase tell them that you would like the option to donate to other entities, and list GOA, FPC, etc. as options. That is what I do all the time I order from MidwayUSA.

Welcome to the FPC.

Please note that all these entities (GOA, FPC, NRA, etc.) will continue to ask for money. Don’t get ticked off about it. These organizations always need money to continue to operate. I just find that my money is better spent on GOA, FPC and VCDL than giving money to NRA. Just my opinion, based on my research on the organizations. GOA particularly is THE no compromise 2A organization and they have proven they put their money where their mouth is. Take a look at their legislative win record.

In my state" there is no restriction on the amount of rounds for rifles" So help me GOD.

I am an NRA Endowment Life Member and I approve this message.
I also support GOA, SAF, and PAFOA. 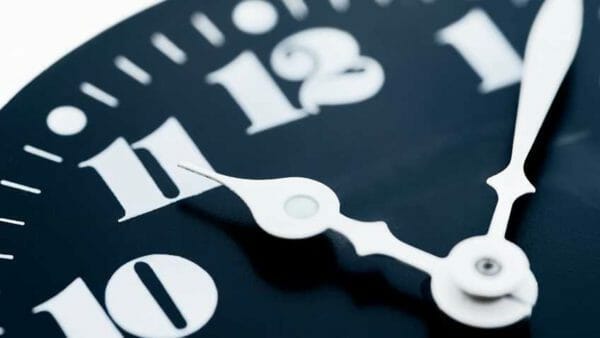 The NRA’s financials are spiraling rapidly towards insolvency, and the future appears bleak for the survivability of the NRA, which may be forced into bankruptcy (for real this time) in the coming months. The next and final chapter for the NRA will be in a bankruptcy court, where a Judge will likely appoint a “Receiver” to take control of the assets of the NRA.

The NRA has been thriving for over 150 years; but will likely not survive until the end of this year.

This once great organization is now facing dissolution as the direct result of malfeasance by Wayne LaPierre and the impotent Board of Directors (BOD). Undoubtedly, key management personnel, including Wayne Lapierre, Wilson Phillips, and others, will likely face criminal charges for embezzlement, fraud, wire fraud, money laundering, and other charges.

The NRA, in the coming months, will not be able to pay outstanding bills or maintain staff to fulfill the mission due to the rapid decline of donations by members. In 2016, NRA revenues reached a peak of $367 million and currently is projected to receive $200 million for the current fiscal year 2022. The collapse in donations is directly related to the revelations that the NRA Management misused millions of dollars of donations for personal benefit. The misuse of NRA monies by NRA Management and the BOD has been reported as far back as 1998 when a complaint was filed by NRA Directors with the FEC.¹

A question that is often repeated is: “Why did the NRA BOD allow Wayne Lapierre and others to misuse the donations & defraud the members?”

The most obvious answer is that a few key Directors were being paid. From 2002 through 2020, over $10 million dollars have been paid directly or indirectly to NRA Directors. A secondary issue is that NRA Directors were not informed and also routinely presented false information by NRA Officers and Management in order to hide the truth. During my tenure as an NRA Director, I was routinely denied access to information and also received blatantly untrue information from NRA officers. The NRA BOD has not provided proper fiduciary oversight of the NRA for decades. The NRA BOD could have easily stopped the fraud and mismanagement by Wayne LaPierre (and others) but instead chose to ignore the obvious illegal activities. The BOD audit committee (chaired by the current President, Charles Cotton) approved transactions retroactively without BOD approval.

The current lawsuit from the New York Attorney General will likely not go to trial; but, instead, will be superseded by a forced bankruptcy.

The negative press reports from these legal filings will continue to drive donors away, and revenues will decline. As a former Director for the NRA, I have researched the complaints by the New York Attorney General and found all charges to be true. I could not identify a single charge that was untrue or exaggerated. As has been reported, Wayne Lapierre has admitted to several of the charges in the previous bankruptcy trial in Dallas.

Historians and columnists will report in future years that the NRA was destroyed from within by the greed of NRA Management Wayne LaPierre, Woody Phillips, (and others) and also by the lack of oversight by the NRA Board of Directors. Collectively this group has destroyed the most valuable gun rights organization on the planet.

If this column concerns you, I recommend following the NRA in Danger blog, including reading older articles there.
You may be shocked how big a mess is at NRA, and how long it has been festering.

That’s a shame, because they do a lot of great things. I’m impressed with their youth programs and some of the NRA tournaments that I’ve seen.