This is getting insane. Think there's not a conspiracy?

Judges are handicapping police in support of rioters. If they are protesters, not an issue. The protest stopped a long time ago. Now it’s riots and looting. 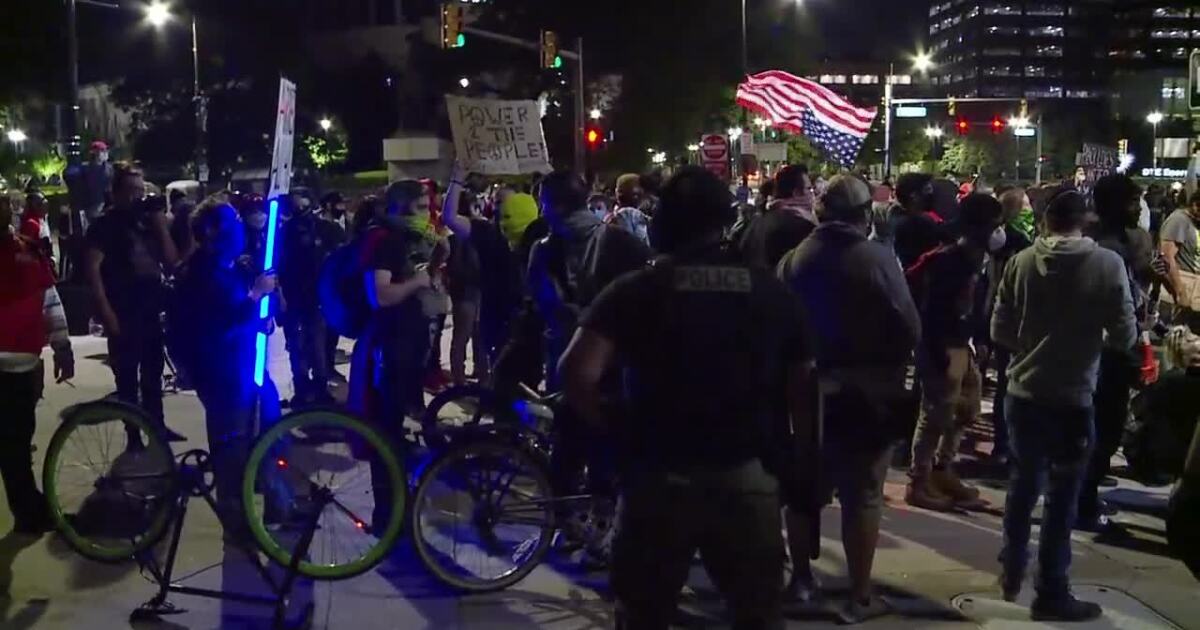 ’Michelson ruled that the city cannot use “striking weapons, chemical agents, or rubber bullets” against the protesters who do not pose a physical threat to the safety of the public or the police. Officers’

Maybe I’m not distinguishing properly between protestors and rioters, but today they have become one in the same. That judge isn’t on the ground, LE is and need to be able to use appropriate tools for crowd control.

Add to that the fact that liberal colleges continue to fight opening up because of COVID. Fascinatingly enough this feeds the funnel for young “protestors” with folks with noting better to do. Crazy how this works no?

Maybe they just need some participation trophies and purple kool aid…two glasses for anyone that gets their picture taken lighting something on fire.

@Michael554
I’m constantly reminded of a favorite ploy of seasoned, or desperate, Liars.

You create a story, or carry out an act, so outlandish, that people are left with the problem that no normally rational person would ever make up such a terrible story, yet, it is made up.

The coercion is in the threat of you being judged, judged as being so jaded or suspicious that you would then be so evil as to question the story, rather than just help. With the added threat that, even if you are proven exactly right in your doubts, you are STILL guilty of being so evil as to doubt someone who says they are in that kind of trouble, because it could have been true.

In today’s world, taking conspiracy theories seriously is tantamount to self implied insanity. At least that’s how it’s been portrayed in recent times.

Add A, and B , and you have a formula for holding off just condemnation long enough to get a pretty strong foothold.

Even as I write this, I realize how it’s been stigmatized to even suggest a conspiracy, or suggest an outlandish lie, Yet, I have experienced it, have seen it for my self, when someones situation gets desperate or their previous lies are starting to catch up with them. And there is one other, even more chilling reason - self righteous justification for a supposedly undeniably, “worthy cause”. It’s the " the end justifies any means" mindset.

It’s a lot like a con. The con will eventually be exposed, there is little preventing that, but, if you can force others to have to go along, doubts and all, for long enough, the con man will still get his prize, and be beyond your reach, before the benefit of the doubt has run out. The con does not have to hold up for ever, it only has to hold up for long enough.

Rioters who loot and burn, and get bused in, being depicted repeatedly as “peaceful protesters”. One side is protected for any level of inflammatory or offensive speech they care to use, while the other has to watch and worry over every syllable, or even, their silence.

What ever name you use, or can’t use, it still is what it is. I simply ask this. - What would it be called if the opposition was doing it?

Did you notice? Apparently so-called protesters have no such limitations. Absolutely insane!

I think this is what is contributing to the mass exodus of folks from urban and to some extent suburban areas. Land out in our rural area has skyrocketed!

We got a letter last week from a realtor who is representing a guy who owns a handful of local call dealers around the Austin and San Antonio area. It was for an offer to buy our ranch for almost 2X the amount of what we paid for it in July of 2019!!!

This is why they continue. There not being forced to pay for there actions. The lawlessness will continue until they’re made to face the consequences.