This bank won't allow you to spend your money on guns?

Are you all awake yet? 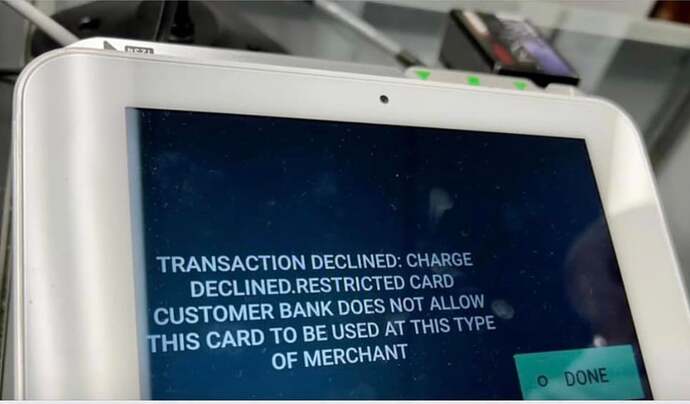 A new report out of Kentucky claims that Forcht Bank is prohibiting its customers from using debit cards to buy firearms. The customer reportedly closed his account after the incident, according to a post published by the gun shop owner in a private...

Costumers? Where do you guys find this stuff?

How long before this starts happening in other states?

Right around Oct. 31, Halloween, judging by “costumers” being affected.

Reading the article has me thinking the gateway pundit is typical of modern day media.
Clowns to the left of me, jokers to the right…

As soon as other banks see if they get away with it.

Are you all awake yet?

Awake enough to discredit the article. Code in the article just seemed a bit tooo detailed and full of bs. The fact the bank denied this, claims the code is photoshopped (yeah, I agree there, codes aren’t a paragragh long smdh), and the bank claims they have a top 10 gun dealer, yet the author just blows this off, offering circumstantial heresay as gospel…well, this thread is starting to remind me of Henny Penny, Goosey Lucy, and a sky that was falling.

Here is the full list of credit card declined codes. Learn what they mean and how to handle each declined error scenario.

Whether on not this article is true, it is interesting that this article is about one little private bank with only 28 locations and its own credit card. I thought this take from a reader who read the article was at least plausible:

“Next week they will claim that it was an accident. Dry run to see how much blow back they get.”

Now go click on the original link, which has been updated. Hopefully the Pundits lack of research bites them in the wallet. Suddenly, they’re aware that transactions have numerical codes…imagine that.

A new report out of Kentucky claims that Forcht Bank is prohibiting its customers from using debit cards to buy firearms. The customer reportedly closed his account after the incident, according to a post published by the gun shop owner in a private... 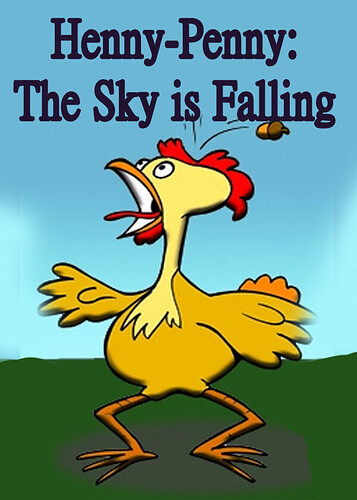 …annnnd, my comment on the Gateway Pundits site, saying they should do their homework…GOT BLOCKED…nexxxxt lol.

Dated 08/12/2021. The denial issue is in the current year, whether or not the above linked story is real, the possibility of it occurring is real. Though the explanation of how codes are used is more likely the situation in the denial.

Occasionally, a customer’s issuing credit card bank will block transactions if the credit card is used at an establishment they deem inappropriate for the type of credit card. As a possible example, HSA medical cards tend to be restricted cards, and would likely receive an invalid service code (62) if used at a movie theater.

As another example, occasionally there is no MCC code that adequately describes a merchant’s business type, in which case your merchant account is assigned a generic MCC code of 7299. Some issuers will block customer transactions for businesses with a generic 7299 MCC code.

If you receive an invalid service code (62), you may want to check that your MCC code on file for your merchant account is accurate for your business industry.

What code? There’s no valid code, invalid code, generic code yadayada…not denying that this could be an occurrence, though more likely with a NY or CA based bank, BOA as well, and in general I don’t trust half the banks out there, after doing research on them…but there’s no code, so I smelled a fish right away on this article, and a day later, so did the rag. The description portion is suspicious as well, getting a bit overly detailed and worded, similar to my posts

Hey, I could be wrong, but being involved with computers since the keysort card/tape drive days and making a living partially as a programmer, this was something that stood out to me. 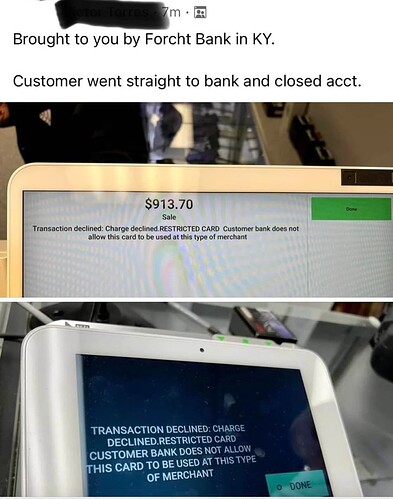 I smelled a fish right away on this article, and a day later, so did the rag.

I was not denying that. I only stated that if there was a denial that it was more likely due to what I posted. - that is totally separate from the fake photos.