The Sad Thing Is

The really sad thing is that there are 2A loving democrats on this site, yet, unfortunately, they will still vote for those who hate guns, the 2A and Freedom. That is like shooting themselves in the foot and the rest of us in the back… watch your 6 o’clock at the polls.

@Layton
I doubt it! We can always hope, but I doubt it!

The reason being that whatever gun control measures they cook up, there will always be exemptions for themselves, like most policies they come up with. Remember Obamacare? It was for everybody but themselves.

So I guess wearing this at the polling station is not a good idea? 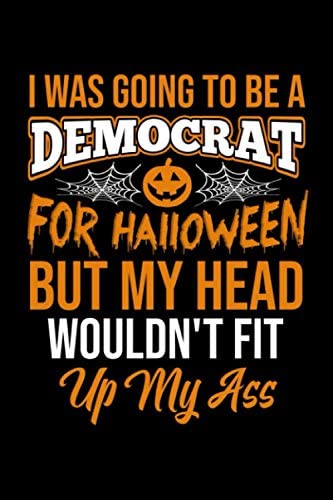 There are flaws in EVERY party line. And so, we make choices, some good, some bad. The point is, when it’s time to exercise our civic duty at the ballot box, vote your conscience. If you vote your conscience [which assume you did your research] that way you can get eight hours of sleep wondering whether you made the right decision.

Interesting perspective, However, Me an my wife have helped out about 5 of my nurses with their firearms training an all, but one saw her error and moved to conservative Republican, one of the others said that she would never vote for one of those $^%%$$, no matter what and the last three still talk to me… So, respectfully, I’m going to disagree.

The Bible talks about not going against your conscience-- but that’s with the understanding that eventually you have to do what’s right and get over a wrong conscience.

The Bible talks about not going against your conscience-- but that’s with the understanding that eventually you have to do what’s right and get over a wrong conscience.

This was not an attempt to enter into some philosophical debate or theological argument, but the Bible says several things about conscience that can be deeply applied to every decision we make. That being said, there is a process by which all of us make decisions. All of which you’ve stated is threaded throughout the statement that I made, therefore, I stand by it. Because with such things, we don’t get to control the outcomes. You can only do the best that you can do with what you have or based on information that has been unearthed through the process of making your decision. But whatever you decided, the hope is that the implementation of that decision will be one that you can live with. Sometimes we get it right, sometimes we get it wrong.

On such topics some people hold very strongly to a set of beliefs while others maybe not so much. Which is why we try to avoid them in certain spheres. Because you never know where a person’s value system will be discovered, and the potential conflict that may ensue and which may result in a whole friendship potentially being laid to waste. Herein, however is the beauty of USCCAs CCHDF curriculum. It causes us, in a cognitive (or conscious) way, to focus on “doing our part” to remain at peace, which also include "situational awareness and conflict avoidance, which should apply to every aspect of our living, and not just when we are at the restaurant. Lifestyle means lifestyle. And therewith, I ask that you pardon me if I don’t see where we have a disagreement.

@Scott52
I got to get one of those shirts! We have a lot of Cali transplants here that need some irritation!!!