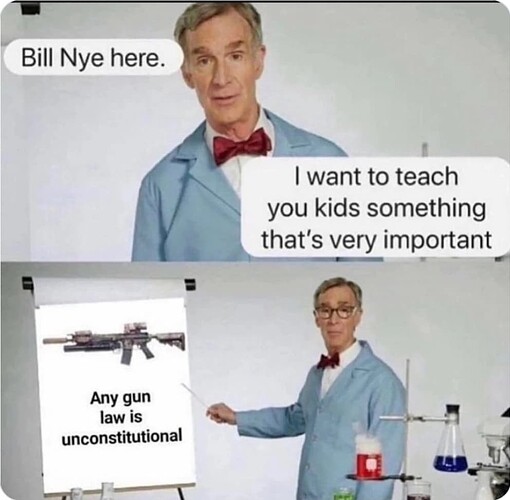 Depends how you define “law”, but I would think the Second Amendment is not a law. It’s certainly not a law in the sense of the meme as it is specifically prohibiting what the government can do and typically when we say laws that is something the government writes to control The People.

So maybe the 2A is an anti-law?

But, the Constitution is the supreme law of the land.

This is a conundrum