Texas judge rules that all adults, including 18-year-olds, have the right to 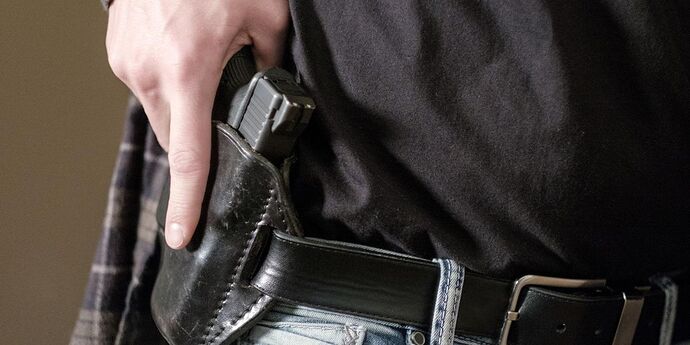 Texas judge rules that all adults, including 18-year-olds, have the right to...

A Texas judge has struck down a recent state law that prohibits adult civilians between the ages of 18 and 20 from carrying a handgun, claiming that such a law is unconstitutional.On Thursday, district court Judge Mark Pittman ruled that the law...

Bruen, Heller, and McDonald at work!

My kind of judge. We need more judges like this in the higher courts that believe in the Second Amendment.

Some of us were in military service before our 18th birthday. I have no problem with 18 year old carrying guns, as long as they understand and abide by the laws.

Good. I don’t believe in second-class citizenship. If an 18-year-old is a legal adult who is responsible enough to enlist and vote, then that same 18-year-old should enjoy all the privileges of majority status.
Now about these alcohol laws…

Now about these alcohol laws

I tend to agree, as I’m from Puerto Rico which legalizes drinking at 18. However, alcohol consumption is not a right, therefore it can be as restricted as government wants.

If we don’t like that we can vote for people that will change that. Not that I have any faith in politicians, but that is the way to make those changes.

I would not hold my breath on that one.

If we don’t like that we can vote for people that will change that. Not that I have any faith in politicians, but that is the way to make those changes.

So it’s a little different in that the RKBA is specifically and explicitly protected from infringement by the Constitution, but as we have been seeing for longer than a century, the bottom line is people can, will, and do vote for control laws that are unconstitutional and that ‘we’ don’t want. And voting is also how we get judges so, really, we can trace all of all laws and changes back to voting.

Doesn’t mean the laws we end up with are the best.

And that’s how I think it is with alcohol. Being 21 to buy or consume alcohol (or tobacco!) is wrong, IMO, as well. Adult is adult. And it’s not the government’s job to tell adults what they can and can’t put into their body