I voted for my governor and he protects our gun rights. He is in a wheelchair and he stands as tall as any man. God Bless Governor Greg Abbott and USCCA. And let’s all keep fighting for our rights to bear arms and to defend our nation against all enemies foreign and domestic. God Bless the United States of America and all of us that defend her. Back the Blue. Bobby Jean 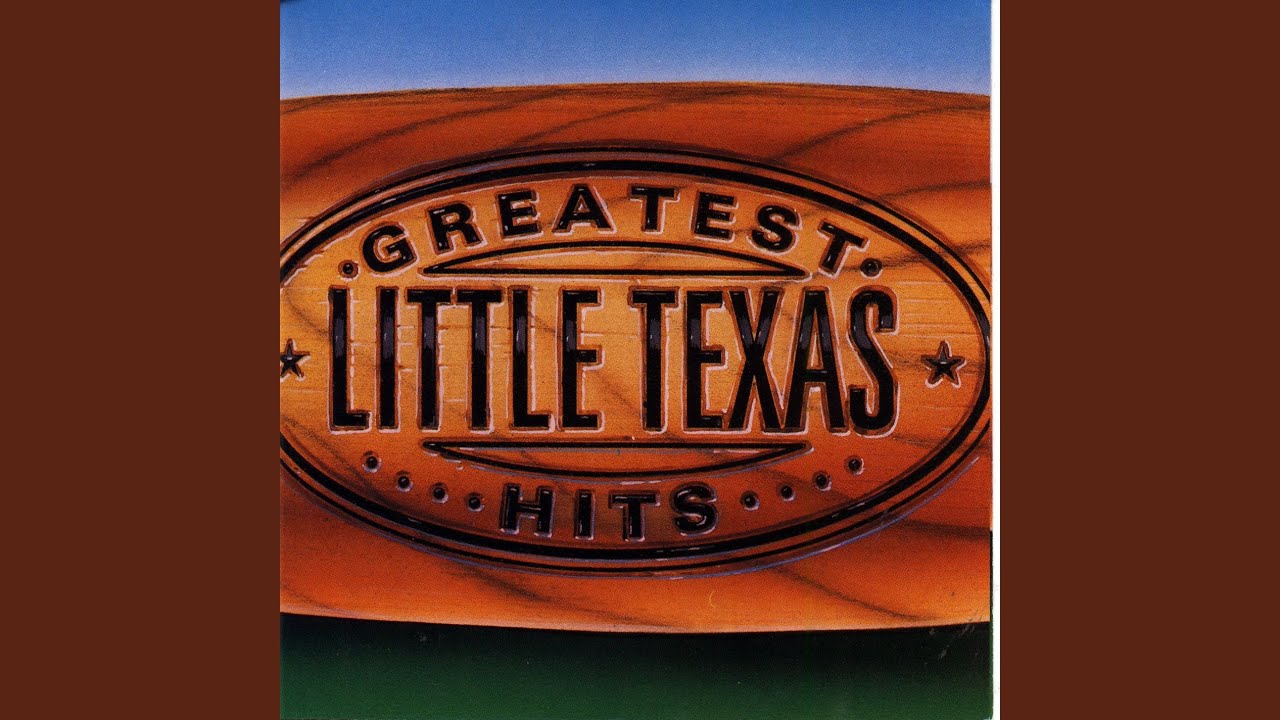 @BobbyJean Send him over NEXT DOOR to NM, we need him TOO!

I am gad to be born and raised to be a Texan,of that i am very proud to be a Texan and to have a Governor that believes in freedom of weapons rights

Governor Abbott has always done an outstanding job in all aspects for Texas. This douche nozzle who was running against him, Beto, is totally anti 2A. That, my friends, will not fly in the great state of Texas.

I am glad Gov Abbott won. If I remeber correcty, Beto did gather 42% of the vote. Not a comfortable margin for “hell yea, we are taking their AR15s!”. How did this happen???

Liberals hiding in the shadows waiting to vote

This is Bobby Jean. Are you saying on January 6th 2020 that President Trump committed treason? And that you would have shot everyone of them?

To answer your questions let me start with; No, I do not believe Former President Trump committed treason. I believe that he tried to overturn a free election. I voted for him but I do NOT believe that the election was stolen. The midterm elections are a great indication that most Republicans, me included, do not believe the big lie. I would NEVER vote for a Democrat or a Republican who is still an election denier.
As far as January 6th, if anyone attacks the capital building of my country, they should be met with the force necessary to stop the attack. If the Capitol building is being over run by domestic terrorists, no matter their political affiliation, I believe that they should be stopped by whatever force necessary including deadly force. That is EXACTLY what I swore to do in my oath of enlistment. I voted for former President Trump twice. It is just heartbreaking to me that he would put himself above the constitution of the United States.
Bobbyjean, if you have a different view of the events I will not judge you & I will not ridicule you. Our voices were heard at the voting booth as they were November 2020. That is a sacred act & it must be protected. Trying to overturn a free election is about as un-American as anything I can think of. God bless you and your loved ones. I will pray for all of America & like Mike Pence, I will not bend to violence or pressure from someone in power calling me out to break my oath & bend to the will of one person. I know that my views are not popular on this forum but I speak what I believe is truth.
My previous post was made in anger & was not intended to insult you or your beliefs. If you are offended or disagree, that is your right & I will protect your right to voice it with my life whether I agree or not. Have a blessed day

The January 6th insurrection seems to me that President Trump asked for the National Guard and Nancy Pelosi said no need. And all the hillbillies that was entering the people’s house were unarmed and the only one to get shot was a lady veteran by a black hand. They never said who shot her and she was unarmed. And Mike Pence was ordered not to certify questionable electoral votes and I would like to know where in the Constitution Mike Pence was Not disobeying orders. Unarmed Americans and you would shoot them? Just as that veteran was shot in the Capitol. We will never agree.At that time, President Trump was still President.

We will have a difference of opinion on this topic. Let’s pray that God will lead us into righteous actions. I am a Republican & proud of it. I know that you are as much a patriot as I am. If we see actions by our leaders in a different light then so be it. I’m not here to debate. None of us are most likely never going to be swayed by any post on this forum. God speed, my friend & at the end of the day I stand by my words. As I stated before, I may completely disagree with you but will give my life for your right dissgree with mine

Mike Pence was ordered not to certify questionable electoral votes and I would like to know where in the Constitution Mike Pence was Not disobeying orders.

Nowhere in the Constitution is the Vice President required to “follow orders.”
In fact- nerd history- the Vice-President is so-named because the position was originally in opposition to the President. The VP was the runner-up, the first loser, a contender against the President. And as an opposition candidate, the VP was made President of the Senate.

That changed, obviously, but the point is that the VP is not a military member required to take orders. (And even if the VP was required to follow orders, that would only include lawful orders.)

I believe that they should be stopped by whatever force necessary including deadly force. That is EXACTLY what I swore to do in my oath of enlistment.

That reminds me of Kent State - just doing my job.

It’s not a question of who was, it’s a question of who is. Who is, is a complete failure to the country we once swore an oath to protect!
Had President Trump remained “Commander-in-Chief” we wouldn’t be talking about nuclear war, invasion from the south or why people in NY or LA can’t wear jewelry.

We are under the “leadership” ( using that term very loosely ) of a traitor, who is beholden to our sworn enemies.
He cares nothing about the United States! Or her people. For too many reasons our people are hurting, that’s a direct result of the 2020 election. Everything this administration has done can’t be undone, the bell is rung.

I do believe there was something fishy about the election. I don’t believe that the people that were escorted ( on video ) into the capitol by the Capitol police deserve to be thrown in solitary confinement without due process. As we see murderers being set free daily.
Stolen vote or no stolen vote, something is seriously amiss! In our lifetime, we will never see the debt of our demise paid!

Under this administration, we are the weakest we have ever been, militarily, politically and economically! This administration continues to make a mockery of the country I swore an oath to support and defend.
It was treason the day the new “leadership” said “I do”. He outright lied. Their agenda was socialism, in our schools, entertainment and sports!
In any other country around the world, free or not free, what would happen to a citizen kneeling in disrespect to their countries National Anthem? We allow this mockery openly! “Because he has a right?” You either love the country or you don’t! Anyone living in this country who does not love it’s freedoms is free to leave and must leave. Patriotism is dead!
Anyone who knows how to resuscitate that, call me! 867-5309!

All we have now are individual states, thank those governors! Now is the time for a convention of states! For United we are not! If this continues we shall fall as the Romans did. It’s obvious elections don’t work because the new generation can’t count! Completely inebriated and can’t tell if they are boy or girl! State of the union, SAD! I can’t apologize enough to my grandkids! I counted on this election to fix it, WRONG!

They thought President Trump wanted to be king. I think we can tell the difference now, King Brandon and this administration will last the rest of our lives! They call that a monarchy!

If the Capitol building is being over run by domestic terrorists, no matter their political affiliation, I believe that they should be stopped by whatever force necessary including deadly force.

To give @RUGER9 due credit, he prefaced that with a hypothetical situation.
FWIW, I’m not sure that the Capitol has ever been overrun by domestic terrorists. The folks who entered the building have been painted in the best possible light by some, and the worst possible light by others. It’s hard to find clear facts when all we hear is hyperbole. But “domestic terrorist” has become one of those political terms that don’t mean much. Legally speaking, it seems as though most of the people involved have been charged with things like trespassing or illegal demonstration. The median sentence has been 45 days in prison. There are more extreme cases in the crowd, but it hardly seems that they are being convicted of terrorism. 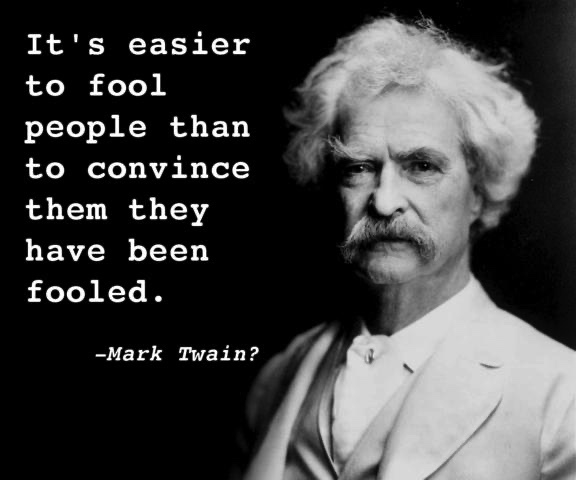 You have made some very solid points. I am not an attorney. I my humble opinion, once again, any person or group of people who try to over run the United States Capitol building are enemies of the state & I personally view it as an act of domestic terrorism. Im not comparing it to what the Dems or ANTIFA have done, all of which are disgusting and un-American. I’m not going to debate one party vs another party. I am voicing my personal opinion. So, agree, disagree or be indifferent. Any other post I make will only be repeating my previous posts so my engagement in this thread is complete. I will say one more thing. My King is above ALL leaders & all men. My King rules eternally & the worldly turmoil is of little consequence to me compared to trusting in Jesus Christ & knowing that he has already won. The world will perish but his kingdom will reign for eternity. God Bless you all & I have nothing but Love & forgiveness in my heart for those responsible for the actions which lead to January 6th. JESUS IS LORD@