A lawsuit that actually could challenge American election results, and possibly overturn them, is heading for a conference in the U.S. Supreme Court in just weeks.

The case does not allege the 2020 election was stolen.

Instead, it alleges “that a large majority of Congress, by failing to investigate such serious allegations of election rigging and breaches of national security, violated their oaths to protect and defend the Constitution against all enemies, foreign and domestic,” according to a report in the Gateway Pundit.

A guest report at the website by Tim Canova explains the little-known case, Brunson v. Adams, was filed by four brothers from Utah, acting as their own counsel, and it actually seeks the “removal of President Biden and Vice President Harris, along with 291 U.S. Representatives and 94 U.S. Senators who voted to certify the Electors to the Electoral College on January 6, 2021 without first investigating serious allegations of election fraud in half a dozen states and foreign election interference and breach of national security in the 2020 presidential election.”

read the rest at the site… 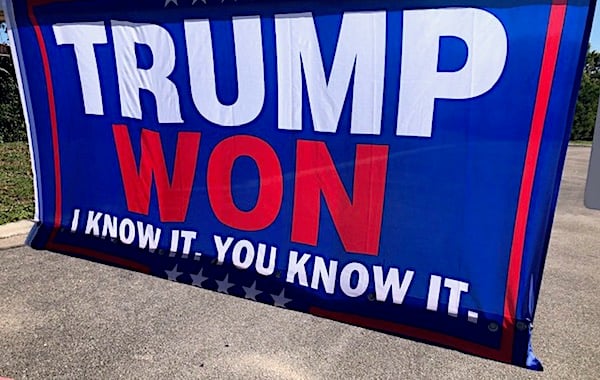 A lawsuit that actually could challenge American election results, and possibly overturn them, is heading for a conference in the U.S. Supreme Court in just weeks.

When do the results get leaked to the public!

I see what you did there

As soon as they can say “The Donald Did It”.

It will be nice if the Supreme would rule in favor of what they are ruling,but there will probably be a lot of lagging to do any thing