Sometimes the stupid is just so hard to believe 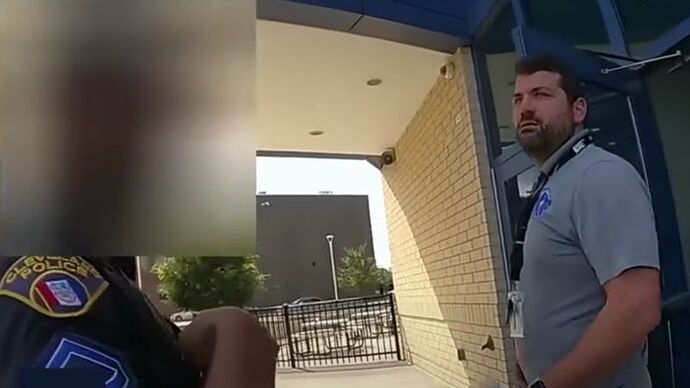 Vice principal lets armed gunman into Ohio school to protect them from...

“I confirmed the interior doors were locked and instructed the four suspects to come to the vestibule because it was unsafe to be outside because I saw police officers,” a vice principal said.

To understand the nature of the school officials’ (including the superintendent who defended the vice-principals) mindset, learn about the nature of mass formation by reading The Psychology of Totalitarianism by Matthias Desmet.

Makes total sense to me, in todays world the criminals are to be protected, the innocent, not so much. After all, we know the police are going to shoot first and not ask any questions later.

I have no words…

Ok, I’ll bite.
I cannot fathom what would make School Officials act in this reckless manner. Having read what is presented…

I would hope they are both fired immediately.

@OldDude49
This is both disheartening and sickening!

It is doubtful these geniuses would know anything about this.

They must not have Gun Free Zones at that school.

One of the assistant principals belong to the board of this org, I wonder if they’re getting fed funding which prohibits partisanship.
Can’t get any partisan than looking at cops as bad guys.

Connecting for Kids - Board of Directors

Connecting for Kids (CFK) provides education and support to families with concerns about their child. We serve all families, including those children with and without formal diagnoses. CFK offers educational programs, support groups, a Parent Match...

I am absolutely stunned to think that any adult-aged person would think that was a good idea. I realize common sense is so uncommon these days that the name needs to be changed, but that is so incredibly stupid that if there wasn’t a news broadcast — although given the accuracy of most of those is minimal at best — I would think the person who posted it was making it up — naw. Nobody would have the temerity to make up and post on the internet such an outrageous story.

Do you think the vice principal acted like this because he is a rebel, or because he feels some kind of immunity, perhaps even support from DA, school board and some parents?

What kind of favor he does to minority community by shielding minority criminals from police, is another question. If you believe statistics, these “teens” will go on to commit crimes predominantly in their own community.

Those 2 administrators must be fired immediately, then pile on all the criminal charges that can possibly be found.

Any higher up administrative personnel that issued or issues a single statement in defense of these actions must be fired immediately.

No parent should allow their child back into this school until everyone remotely responsible for this behavior or an atmosphere that encourages and allows it, is fired. Parents need to boycott this school 100% until it’s fixed.

@Michael854
How about the number of reckless endangerment charges be filled to the total number of people that were present at the time? They wouldn’t hesitate to do that to us! After all, isn’t being a caring and concerned parent a terrorist action?

I like it. 250 charges of reckless endangerment.
Sentences to be served consecutively.

Some people take stupid as a challenge.

I teach and am a former LEO. I hope the idiot Ass’t Admin was arrested and charged with ‘Reckless Endangerment x number of students’, plus ‘Aiding and Abetting Criminal Activity’.