So where do these kids get all that money? 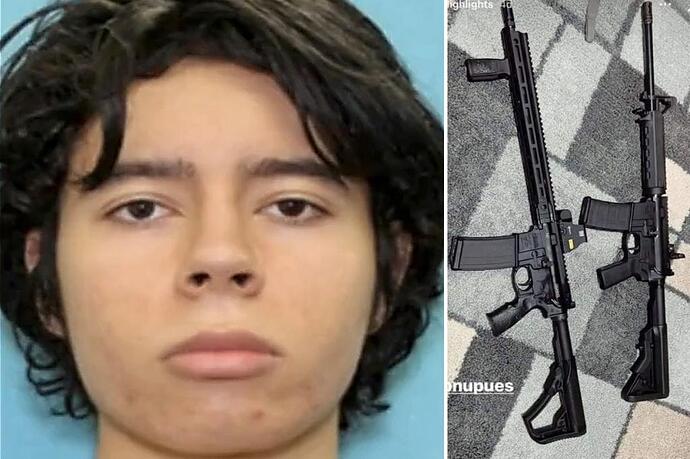 A damning Texas probe into the Uvalde school massacre reveals in excruciating detail how easily and quickly the killer amassed his ammo and weapons.

I also wonder, who is paying for all the professionally printed and produced protest signs, banners and flags that magically, instantly turn up at “impromptu” protest marches?

It must have been a whole lot of money. The caption said he had two machine guns. 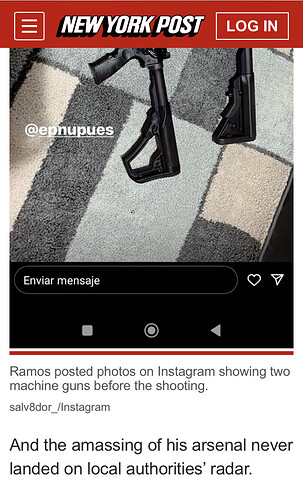 Maybe just me, but two rifles is not “amassing of arsenal”. It is his terroristic threats that should have been on local authorities radar. But then, we are learning the authorities barely deserve to be called that.

Interesting point, right under our noses, money is no object, with credit cards in those sad cases. We’ll do our part.

Credit has limits and I doubt he had a high credit limit. More likely someone was paying the bills and pushing him. How many kids do they have to kill before we give up our guns?

One thing I’ve been wondering about these situations and it’s not limited to this one. Rifles don’t come ready to shoot accurately, even if you buy them with BUIS pre-installed. The shooter has to set them up and know how to zero them decently enough. One of the shootings (Buffalo?) was hours after he bought the rifle. Let me get this straight, he bought the rifle, setup his sighting system, went to a range to zero it, and then went to the store and started shooting? The Uvalde shooter bought a Daniel Defense? As a new shooter that didn’t even cross my mind until much later to start spending on a reliable rifle. It all seems fishy to me. We had a series of shootings happen in back to back weeks and now nothing aside from the shooting in IN.

Tomorrow the House votes on an AR ban which will likely pass the House. I guess we’ll see how far Romney and his RINO’s will go.

Personally, I’m ok with certain rules, just not all rules on the books, though I follow them. I can live with some, and still feel my rights are not violated. I realize for many, that’s just not the case.

We strongly value lives, and now firearms are showing that lives can not only be saved, but innocents lives taken; They are part of the equation as well, it takes a person + a firearm.

One would assume that but they could have been bore sighted by the shop that installed the optic.
And at across the room distance it might have been zeroed close enough out of the box.

Yea at the range this D-Heads are shooting I doubt they even look down the sites. My guess is they just point and start pulling the trigger.

Got it. I didnt realize he paid the shop to do that.

The article said he paid the store staff to install the sight but they did not elaborate if the store bore sighted the sight as well. And the article also calls the firearms machine guns in the caption beneath the photo of them. So take it for what it is worth. 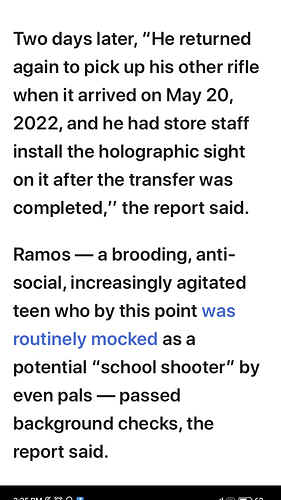 Was there a legitimate reason he should have failed a background check, other than people didn’t like him?

My understanding from conversations with a gun shop owner is the shop has the discretion to deny the sale even if the nics check doesn’t flag the buyer.

Maybe someone with a ffl could elaborate?

Your understanding is correct, moreover there had been a discrimination suit in Florida following a denial, and it was dismissed by a judge. You can look it up.

I just want to be careful that legit firearms dealers don’t have to bear the blame when a customer commits a crime.

How many kids do they have to kill before we give up our guns?

That is a non-sequitur.

now firearms are showing that lives can not only be saved, but innocents lives taken

Not only with firearms, and death of innocents has been occurring from Day One of Man’s existence.

I witnessed it happen. Yep. FFL sellers (stores) can deny.