Shot with Pellet Gun - A few blocks from my condo 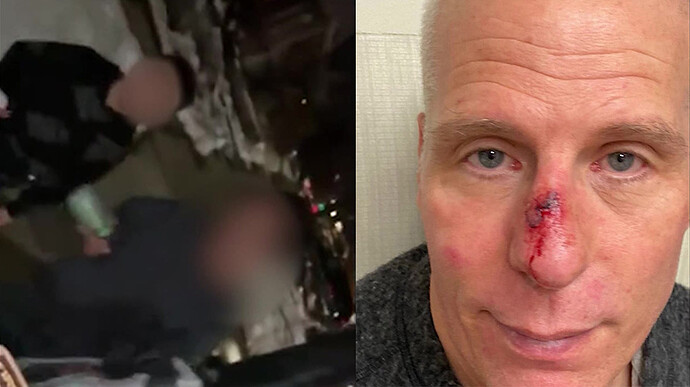 Police are investigating an alleged assault towards a California man by two boys who shot at him with pelt guns and began to hit him after he told them to stop.

As I read this I had to ask myself. What would I have done? I’m afraid if I felt the impact and saw someone with a gun pointed at me I might just react with serious intent.

Grown man from California went to give a couple of troublemaker kids a talking to. They saw his weakness and beat him up.

Quote from the article
"They’re also warning parents to supervise their children when playing with any style of pellet gun.’ end quote.

Yeah, that’ll take care of it

There are a few kids in my neighborhood that play with these same types of splatter guns. I’ve seen them playing around my house, and let them know that this was not the place to play with them. They will run up and down the street playing with them, but when they are coming past my house, they stop shooting until they get at least 3 houses down before continuing.

Well the only I shot a kid was over seas and he had a AK47 in their hands,and yes it was my life I was saving and my partner

SLC seems to be a magnet for shooting these days.

You must be known for toting a gun. You know … don’t look now, but everybody already knows…shhhhh. lol

This is the type of incident that just drives me nuts. You have to know problem with parents and their lack of respect for their community and willingness to properly disciplined their children. My kids knew I was not their best friend but I was their father and sometimes dad but never their best friend. Too much of this snowflake raising of children and not enough by God these are the rules and you’ll respect them or pay the consequences. I wasn’t a mean father but I certainly was not permissive. My kids grew up and are productive citizens because of Dad’s rule of three. First offense I explained the rule to you and why second offense you explained the rule to me and why third offense you’re going to have trouble sitting down because I know you know the rule.

Pellet gun is a broad term. Some are an annoyance and some can be deadly. Mine could be lethal with a properly placed shot at close range. There was a serious incidents many years ago when kids found out paint balls could be frozen. Latest one is splatter ball guns. Battery powered that use gelled water beads. They can be frozen as well and inflict injuries.

From the linked article:

Pretty stupid “challenge” in my opinion- someone stupid enough to do this is going to point one at the wrong person or a LEO and end up in the morgue. I am a firm believer that “Tik Tok challenges” are the modern equivalent of herd thinning (which may not be such a bad thing, come to think of it).

Oh no. I don’t make it obvious that I carry. Even when I go to the range, no one can easily see that I am loading range gear into my car. I do my best to keep a low profile.