Can you say ouch? That gives me the willies just thinking about it. 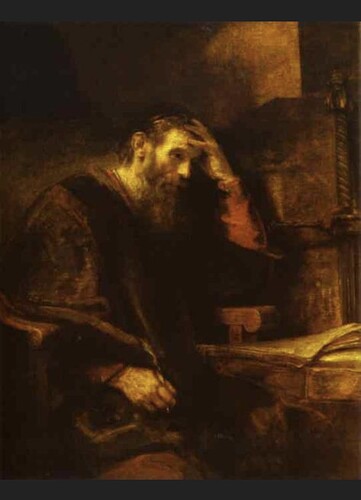 I’m no expert but have had some good training, both in person and video. As others have stated above, in a dynamic self defense situation there is going to be a lot of movement. Where your gun is pointed when you start to pull the trigger is unlikely to be exactly where it is pointing when you finish. So center mass gives you the best chance of making hits. But there are likely scenarios where center mass shots can’t or don’t work. If you don’t have a clear shot or have shot somebody several times in the chest and they are still coming at you, it may be time to try something else.

The vast majority of my practice is for center mass shots but I do occasionally practice head, hip, and even arm and leg shots. I want the first time I have to make any type of shot to be during practice and not when someone’s life is on the line!

2 in the chest and 1 in the head is an assassin thing. Not what we’re doing.

It’s called a “failure drill” for a reason. 2 hits to the chest failed to stop the threat. Now what?

It’s called a “failure drill” for a reason. 2 hits to the chest failed to stop the threat. Now what?

The guy I train with frequently uses that drill. I believe it is predicated on the possibility that an attacker may be wearing body armor.

We ALWAYS did that drill because the amount of robberies wear the perp(s) were wearing body armor was dramatically increasing.

The LA bank robbery of 1997 comes to mind, were both perps were in body armor and also had the police outgunned with AK47s.

Pages for logged out editors learn more The North Hollywood shootout was a confrontation between two heavily armed and armored bank robbers, Larry Phillips Jr. and Emil Mătăsăreanu, and members of the Los Angeles Police Department (LAPD) in the North Hollywood district of Los Angeles, California, United States on February 28, 1997. Both robbers were killed, twelve police officers and eight civilians were injured, and numerous vehicles and other property were damaged or destroyed by the...

The guy I train with frequently uses that drill. I believe it is predicated on the possibility that an attacker may be wearing body armor.

That’s interesting. I don’t recall body armor ever coming up in training, it was just based on the idea that some people don’t go down. Some shots to the chest won’t stop an attacker, depending on the hit, especially if there’s a large amount of adrenaline or drugs involved. If the person is attacking you, then he’s probably either already close or getting closer, making the head shot a more viable option after the 2 center mass shots.

But yeah, certainly body armor would be a reason why center mass shots may not work. I’ve never been hit wearing armor, but I’ve been told it’s still no fun.

Pelvis…
Once center mass failed, you want another big size, less movement object.
Are you able ti take responsibility for your bullet that will miss attacker’s head?

Are you able ti take responsibility for your bullet that will miss attacker’s head?

We’re all responsible for every shot we take.

It’s not pleasant but being able to complain about it is a doggone sight better than the other result. I’ve had to fill out paper on three sets of body armor and subjectively I will take a 5.56 hit 10 times before I take another 7.62X54R round.

The Mozambique Drill might be a bit difficult to explain in court… if you are to shoot until the threat ends, and if the first shot to the chest ends the threat, you might be held accountable for the follow up shots.

One officer was charged, for shooting the back of a supposedly retreating attacker… until they closlely viewed his body cam, and saw the attacker was still aiming his shotgun behind him. It was a few years ago, so do not remember where, but they tried to say the officer shot him in the back, so he was retreating… but he was still aiming the shotgun… the body cam saved the officer… or he would have been convicted.

If the bad guy has a rifle, assume he is wearing body armor, aiming at center of mass useless.

Regarding the statement that civilians are better trained than most LEOs… I take it with a grain of salt. Yes, a civilian may perform better than an average cop on a range, but how often does a civilian confront a real hostile a-hole? It does impact self-defence performance. The closest training to this is MMA, and even then your opponent is friendly and doesnt attempt to mess up your face, let alone cause a more serious injury. An average officer subdues dozens if not hundreds of thugs or psychos, and develops psychological resilience in the face of confrontation. Correct me if I am wrong.

We’re all responsible for every shot we take.

Plus, the cost of hollow point ammunition right now would make sure I hit the hip, chest, etc. I would want the bullet back to reload it🤣

Either way the threat will most likely succumb to COVID.

Agreed. I would just say that I’m responsible for every shot I take. Hit or miss. If I don’t reasonably believe I can hit my target, I’d better not squeeze the trigger. That’s reason enough to aim for center mass. If I were to take certain uninformed but popular advice and aim for the leg, I’d likely hit something I wasn’t aiming for. “Be sure of your target and what is behind it.”

I think center mass is still the way to go in a defensive shoot.
But for practice, I don’t just put up a silhouette and bang away at the x. I practice all sorts of shots, including head shots and the 2/1 drill you mention. I also have to shoot the OPOTA quals, which include a shot to either the hips or the head .
I think it’s important to practice being able to hit where you aim, therefore I like to practice on as many different targets and shot strings as possible.
And remember if you’re ever in a real gunfight and the guy gets to cover, your ‘center mass’ shot is center of whatever target is available.
I applaud your recognition of ‘knowing your target and beyond’ as rationale for a head shot.