Self Defense or Aggressor? 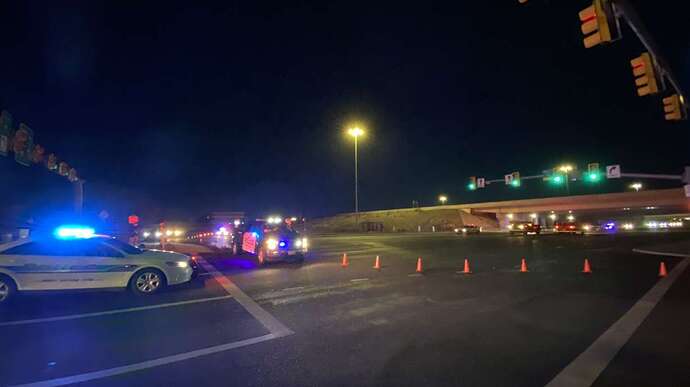 A Pleasant Grove man who claims he was frustrated by traffic when he allegedly threw a bottle at another vehicle was charged Thursday with shooting the driver who confronted him and yanked on his beard.

He threw a bottle at the guys truck, get’s his beard pulled off, shoots the guy…

To the point,
Does the water battle make him the aggressor?
The other guy reached into his vehicle and grabbed his beard, is he now the aggressor?

They’re both aggressors, both responsible for the rapid escalation.

One of the things we probably all learn in CCW classes is the concept of “innocent party.” Because beard guy instigated the confrontation, he’s not an innocent party.

Between throwing the bottle 1st, and yank on the beard not a threat to life, I predict the murder charge will stick.

One of the things we probably all learn in CCW classes is the concept of “innocent party.”

This is a very important point and probably worth repeating.

I had a chance to sit an talk w/ a 2A attorney not too long ago, and he really emphasized this for anyone who would listen. Given a scenario that escalates beyond your control, resulting in your need to defend your life, the prosecutor could still press charges if you played any role in that scenario before it got out of control.

Laws vary by state, but it’s important to de-escalate whenever possible.

Laws vary by state, but it’s important to de-escalate whenever possible.

To have a “perfect” use of deadly force used in a self defense case you can not have been the aggressor.

I could go and twist this into a logic pretzel

. But it is pretty straightforward.

If you “don’t want none don’t start one”

If you “don’t want none don’t start one”

I thought that was a James Brown lyric.

The other guy reached into his vehicle and grabbed his beard, is he now the aggressor?

Somehow I do not believe even drawing your firearm for someone for pulling your beard is legally justified - much less shooting the person. I hope he likes prison, he will be there quite a while.

Beard pulling, forcible felony of the fourth kind?
The water bottle does not constitute a deadly threat,
duck and get to the concert! If bottle man pursues, he’s the aggressor.
What was the guy doing going to a concert with a gun? 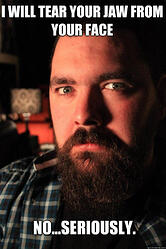 …to prevent imminent death or great bodily harm.
People need to chill and learn the art of de-escalation! Fluff the beard!

They are both wrong and neither get justified lethal force self defense. JMO

As far as I am concerned, if you are carrying a firearm you can’t be acting stupid and throwing bottles at others.

Quote "When detectives questioned Steed about throwing something at the victim’s truck, he stated that "he has thrown Red Bull cans at vehicles in the past when he was frustrated in traffic. " endquote
Beard guy should get off the Red Bull. Maybe try some Figi water or something, and calm the

An affirmative defense is used in response to criminal charges, when the defendant admits guilt or wrongdoing, but introduces facts or explanations to justify his conduct.

This shooter has a lot o’ ‘splainin’ to do! IMO

My first thought was “Why didn’t they do a blood alcohol and or drug test on the shooter?”

Did he kill the beard puller or just shoot him — not to make light of GSW, but the law considers that there is a vast difference between wounding someone and killing someone.

I think the guy lived

In NC if you are aggressor and the other person escalates thing s further and you back off 32 escalator is now liable. For instance guy one goes to his neighbor and says if your dog doesn’t stop peeing on my lawn I’m going to make sure your dog never does it again. Dog reaches behind the door and pulls out a weapon and says touch my dog and I’ll take care of you. Lawn guy backs away while putting his hands up saying easy let’s talk this through. Dog owner is now the aggressors as lawn guy reset because he backed away. That was the scenario they used in CCW glass.

Kevin Steed, 33, was charged Wednesday in 3rd District Court with discharge of a firearm causing serious injury, a first-degree felony.

In NC if you are aggressor and the other person escalates thing s further and you back off 32 escalator is now liable.

I think beard guy is going to have a very hard time convincing a jury that he “backed off” after his beard was pulled since it sounds like his very next action was to pull out his firearm and shoot the guy he originally attacked with a bottle.

Another article states the bottle was thrown as the the two vehicles were already stopped. If this is correct, and very little time between the bottle and the beard had passed, this may be considered the same incident.

Many other elements could come into play, such as disparity of force (age, weight, disability, and others), and we should learn more as the information is made public. I do not believe a self-defense case is valid from the articles I’ve read.

My advice, as many others have stated, is to let it go, avoid the conflict, and continue with your planned routine.