So a gentleman in Escanaba Michigan walks in to the Dunham’s Sporting Goods store (located within a mall). His wife goes to one of those girly stores (different reports say different stores along the same lines). This gentleman knew exactly what he needed, straight to the kayak section where he purchases a brand new paddle for his kayak.
He then goes in search for his wife…
Meanwhile, someone happens to catch sight of this chap strolling along with his new paddle and…calls 911 to report a crazed man running around the mall with an “assault rifle”.

These are the people buying up every single word uttered by the media. And the level of stu…you know what, I’m feeling nice and won’t finish that. 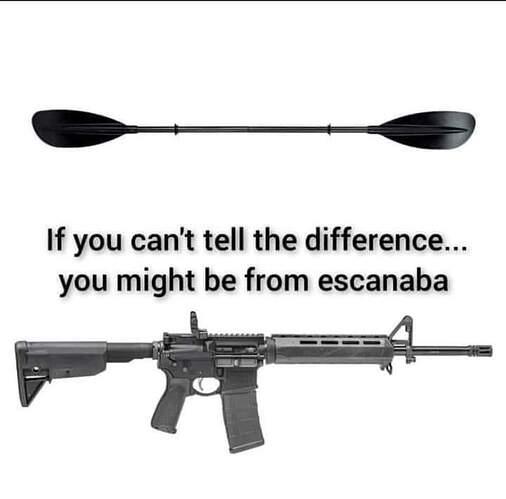 Do you have a link to the story? I’d love to share it with some folks who need to see it.

I do not actually. I have friends and family from Escanaba, some of whom were present for the ridiculous scene. Local news is refusing to run the story, I watched some video clips of LEO approaching the man with the paddle in that mall, it’s all in private FB groups though.

What store did he get that at? I’ve been trying to get my hands on a fully automatic, high capacity, military style KP15 for a long time;)

I bet the senate adds that model to there anti assault weapon bill:/

Seriously though, isn’t there a crime against false police calls? Sure people can make mistakes but shouldn’t we be using the same “reasonable person” standard that we need to use before responding to an incident? The person who called that in likely has some serious mental health issues obviously triggered by all the anti gun media’s constant inaccurate and manipulative reporting.

Escanaba Michigan walks in to the Dunham’s Sporting Goods store

“Store merchandise misidentified as a rifle” doesn’t tell the story.

@OldGnome here’s a link that went to press about that story but it looks like the store might have been a Walmart. I could be wrong but it fits. 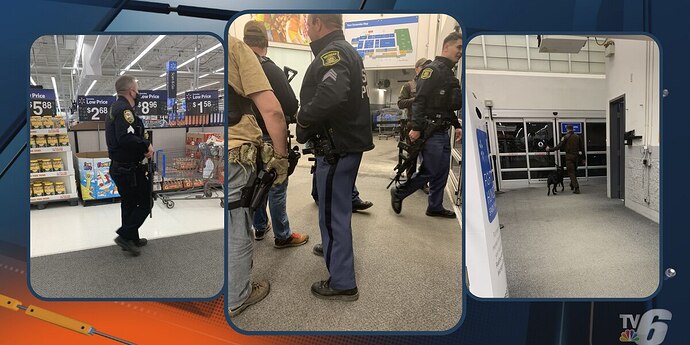 The store was evacuated Tuesday night because of a report of a man entering the store with a rifle, but it was determined to be a false alarm.

The videos I’ve seen do not show Walmart, they show the mall in Escanaba where Dunham’s is. This looks like another incident entirely.

@Spence I can’t find anything on Google about something happing at the Dunham’s store in the Escanaba mall, not even on YouTube, just Walmart. Like you said they must be multiplying.

Store merchandise misidentified as a rifle” doesn’t tell the story

Well, that is the story I found. Research it yourself, and provide the link.

Hey, gotta admit, it IS black and does look like an automatic “AR47” assault paddle.

@Spence Have “they” penetrated that deep into our beloved UP?

Unfortunately Escanaba is quickly becoming full of Liberals and meth addicts. They’re not always mutually exclusive.
Conservatives from Escanaba are too busy working, hunting, fishing and camping to notice, but the local media and government there are being overtaken by the left.

Well, this is neither a conservative or a liberal forum. This forum recognizes the rights of the full spectrum of political views no matter how stupid they are. (Probably going to be blocked by an overly sensitive powder puff but that’s okay. I used to lean far left. Now I’m somewhere mostly to the right. I think that maybe we should allow some new breeding legislation that requires course and test before people are allowed to reproduce (FYI: this would be something I’d condemn as a Christian but it certainly conveys the message that there are a LOT of dumb people wasting our natural resources. I hold both liberal and conservative views. But you’d be surprised at them all.

So, one day I walked into Walmart carrying my kayak paddle…….

You aren’t the only one that holds beliefs for both yet is mostly on the Right.

Anymore when I’m talking about Liberals, I’m talking the far left. The crazy ones. Just like the far Right are also crazy.

We need to stop giving the microphone to people on the far end of each spectrum. Unfortunately they’re typically the ones in politics or media.

I believe liberals and conservatives that represent the majority of people prepared for reasonable compromise are scared silent by the extremes of both extremes. My issue is that there exists inalienable rights (rights given by God) that some keep trying to subdue. Anything that contradicts God’s will is immoral. I hold traditional Catholic beliefs. In other words, if I commit any of those sins that are legal in the civil law and contradict God’s law that require reconciliation (sacrament exercised during “confession” before a legitimately ordained priest) with God for promoting or doing sin then then I do not compromise. We all fall short. This new liberal Catholic ideology is going to lead to lots of lost souls I fear. I pray for everyone’s salvation. But I’m certain about certain lost souls, tax collectors, lawyers and politicians

Shamrock
What store did he get that at? I’ve been trying to get my hands on a fully automatic, high capacity, military style KP15 for a long time;)

Be VERRRY carful! A microphone bears a strong resemblance to a Glock AR69 submarine paddle. Somebody’s going to call the cops about a man shooting his mouth off!! 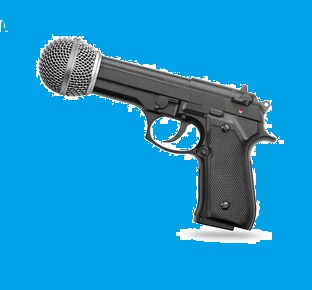