Rock & Roll legend Dusty Hill passed in his sleep last night at the age of 72. If you never saw ZZ Top in person, unfortunately you never will

I only saw them live once, 1981 in the Cotton Bowl, Dallas Texas. The best concert I ever personally attended. The Fabulous Thunderbirds warmed up the crowd. I was in the 3rd row from the stage! After the Thunderbirds incredible warm up, ZZ Top took the stage to warm the crowd up more for the main event. I had been listening to ZZ Top since the release of their 3rd album " Tres Hombres" in 1973. I never realized anybody could play a guitar better than the average person using just one hand until I saw Billy Gibbons doing just that right in front of me! It was pouring down rain and nobody cared!

As the main event, The Rolling Stones showed up, the people with tickets for 3rd row seating showed up and booted me out of their seats

I had to move to the nose bleed section I had tickets for, but I saw the Thunderbirds and ZZ Top both from the 3rd row

Dusty will be missed …

It was a sad thing to hear Wednesday. My wife and I saw ZZ Top years ago as well. To give you a flavor of the show, Ted Nugent opened, replete with compound bow and broadheads that he used to shoot a wooden effigy of Saddam Hussain on stage. After Nugent finished ZZ Top came on and they were awesome.

He will be missed …

For me one of the best bass guitarist. Even though the rhythm was simple… 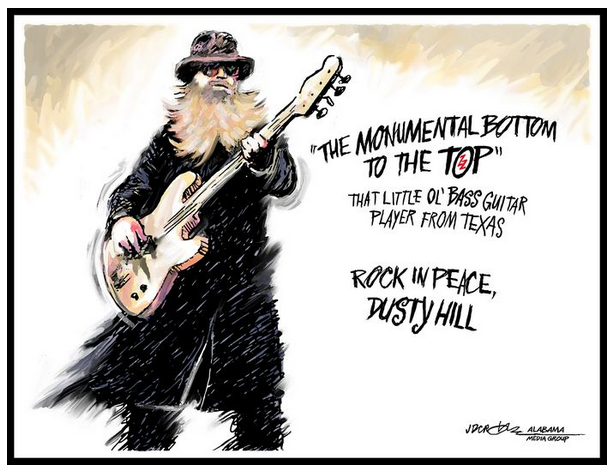 Ironically, the clean shaven drummer is Frank Beard. Great band for sure, no room for less than the best when you’re a 3 piece group…

Too late… now you can see this: 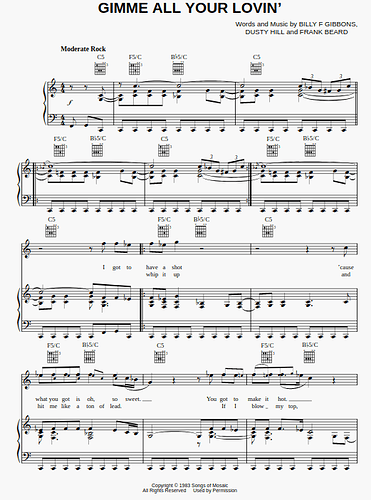 I always noted each member had a beard of some sort, at least.

Just looked at pics if Frank. Maybe later in life, a bit scruffy for a bit. Back when I followed them he was beardless, had a standing joke about it.
https://images.app.goo.gl/oseRAN9uX3oyjbwBA