Rights Aren't Rights - If They Can Be Taken Away

I believe George Carlin did a bit about this. In any case, if anyone disputes this, research FDR’s gold confiscation policy in the '30s, and his internment of the Japanese during WWII. George Takei was a child at the time - these people - sent to isolated camps in CA, OR, and WA - were imprisoned with nothing but the clothes on their backs, and lost everything - jobs, cars, homes, and businesses. Canada and even Mexico followed similar policies. And now we’re still treated as mindless sheep!

I also like to remind that Rights aren’t Rights if you have to ask for prior written permission and be granted a hall pass to exercise them (IE, carry permits)

sent to isolated camps in CA, OR, and WA

Ran into one in Southern Utah, there’s a fence, some footings and a small plaque. 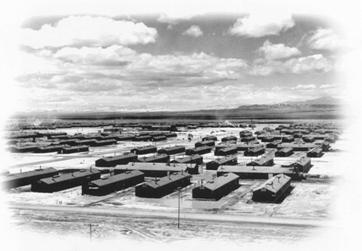 Home of the Topaz Internment Camp Museum in Delta, Utah

Topaz Camp history shows what happened to thousands of Americans in WW II when the government deprived them of their constitutional rights.

Rights without responsibilities is anarchy. Society without compromise is civil war. Neither anarchy, nor civil war have any place in America.

wow. I need to check this out next time I visiting family there. Thx!

Well, not exactly. Working in the criminal justice system I see many people who have lost their rights because of the crimes they have committed because they have been adjudicated with certain metal defects. Prisons and jails are full of people who have had their rights taken away from them.
Likewise, many rights conflict with other persons rights. For instance, a property owner’s property rights outweigh most peoples individual rights. You can exercise all the rights you like walking down the street, but most of your rights end at my property line. You do not have the right of free speech, freedom or religion, to assemble, or even to bear arms once you step foot on my property unless I allow you to exercise those rights on my property. The same principals apply to commercial properties. The Bill of Rights protects people from violations of rights by the government without due process.

Right right, I read an implicit “if they can be taken away [without due process]”, as being convicted of a crime certainly is a thing.

I am interested to know how you define “due process”. Do you consider an elected “representative” legislature passing laws to be due process?

Conviction of a crime following due process as laid out in the Constitution/Bill of Rights.

The legislative process is also laid out in the Constitution. The Constitution is the supreme law; anything and everything done under it is a legal matter. So if a legislature passes laws which infringe on an originalist interpretation of the 2nd Ammendment, that right has been legally and enforcably diminished.

Legislatures pass unconstitutional laws with disturbing frequency, hence State and federal Supreme Courts. But until such laws are overturned, repealed, or superceded, due process has occurred, and the laws must be obeyed.

Case in point: Texas is a Constitutional Carry State, yet they have a law which supports a property owner being able to nullify the right to carry by simply posting a sign saying carry is not allowed on that property. If you violate that law you risk losing your right to carry altogether. This is a legally sanctioned infringement of the 2nd Ammendment. And until someone volunteers to become a test case, it will remain so.

Your reply to the attorney’s post (which clearly illustrated an example of infringement legally imposed on individual liberty) seems to indicate that you support conditional (in cases of criminal prosecutorial judgement) legal due process even when it removes the 2nd Ammendment right. The fact is this: nowhere in this country that I know of is your insistence that the 2nd Ammendment right to keep and bear arms stand completely without infringement the de facto reality.

I am by no means saying we should stop fighting infringement. But I have always said, and will continue to say that reasonable and responsible compromise is the best we can expect.

Arguing the principles of liberty is noble and right. Doing so intelligently and responsibly is more so, and the only legally effective means of limiting or reversing infringement. The opponents of the 2nd Ammendment have chipped away at our right little by little with relentless but entirely legal effort. We will only get our liberty back the same way it has been lost.

yet they have a law which supports a property owner being able to nullify the right to carry by simply posting a sign saying carry is not allowed on that property. If you violate that law you risk losing your right to carry altogether. This is a legally sanctioned infringement of the 2nd Ammendment

I see it different.

Private property Rights are a thing. Violate them at your peril.