Reinterpret and Redefine, A back door hack to nullify rights

I have been slow to realize how profoundly serious this silly game of redefining words actually is. Redefining the word racism so some can use it out of place to score points is one thing, but it’s more than that, much, much more. It goes beyond the psychological tricks that it plays on the public mind, because these words are written into innumerable laws, regulations, and documented understandings of scores of subjects. But it’s the law that grabbed my attention because of the affects it could have on both our rights and our protections. It could change the meaning, and application, of laws of all kinds, without a single vote by anyone.

Think about this, because examples of this being used against the people already exist.

It’s a way of changing the law without changing any of the writings that describe that law, and it can be used to change anything into anything the re definer wants, like a magic pen, rewriting laws and the constitution without adding or removing a single word.

How is this any different than just sitting down with a pen, crossing out lines of the constitution, and writing in what you like instead?

If we would never accept that, than why are we accepting this??

This is nothing less than a war of conquest fought by changing the words instead of the map.

How could this be any more serious?

But of course it would be easier if the words’ definition just simply wasn’t changed to begin with. Wouldnt’ that be nice

Technically, honestly, as a matter of what would be right and, the only honorable thing, you would be exactly correct.

However, the very act of redefining an established word with a long accepted and commonly understood meaning, is inherently dishonest to begin with, it then follows as not but common sense, that one would expect that the redefinition was enacted with a purpose to change things, otherwise, there would be no reason to do it.

I don’t know any other reasonable way to evaluate the practice, but if you have a way of looking at it that is innocent and of beneficial value in an honest way, I would be enormously relieved to hear it.

Equivocation is the wicked left’s tool

That and amphibology, unless of course they too get changed in the dictionary.

Absolutely, and the meaning of words can shift in usage over time as well, but those are not the instances I am concerned with. Today there are far more blatant examples of simply going in and altering the definition of a word to suit a particular situation where the actual meaning does not fit with it’s use, but the impact and mental imagery of the words historical meaning is desired. And examples are becoming present where the alterations are being used to make acceptable, actions or statements that were formerly denied.

I think such uses of reinterpretation and redefinition are going under recognized, as are the dangers.

Sometimes they think they are so very clever: 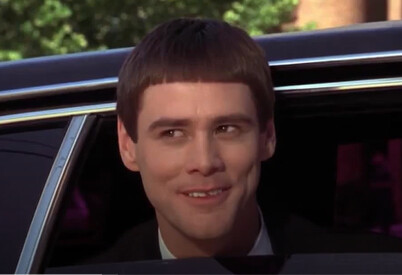 You bring an aspect of this to the fore that I had yet to have in a verbalized form. There are plenty of innocent and benign misuses of words, and then there are misuses that are more purpose driven that are simply taken advantage of deliberately, ( assault rifle for example ). And finally there is the level that is the focus of the topic.

Deliberate, purposeful, and significant altering of the official meaning of a word, or a collection of words, enacted because the original meaning interfered with a desired action, outcome, or perception.

It is that level , or degree if you like, that I sought to highlight and discuss.

Not the wicked left. Everything’s deliberate.

Words can also be used informally. My wife makes a wicked BLT.

The irony for me is that I always enjoyed good spirited word play.

Now that you mentioned it, this one is one that is 100% subject to “Reinterpret and Redefine”.
From Utah Law:

Yes, if you redefined the word “reasonably”, for example, and redefine it in the right way, it could easily be turned into a standard that no person could ever possibly reach, therefore no individual could ever possibly qualify as “justified”. In so doing, you take a provision of the law that allows for self-defense, and nullify it, because it now manages set a standard that no one can ever meet.

The law is still there, written exactly as it was before, but without the affect it formerly had, or was intended to have.

I found the tactic first being used to alter the national debate, in the following manner.

I pointed out that his definition had nothing to do with the established, and long accepted meaning of the word all throughout our history, up to the present day. He was none the less fully content to rest in the idea that, “that’s not what it means now” … When i see government starting to do that, and consider it’s potential affects upon law, I do sit up and take notice!

Yes , I see this all the time. It is like a riddle. They say something that is askew and then base the rest of their argument on that point being true. I generally try to discern the importance of the argument an bring the skewed point to light. There is not much more I can do after that unless they have another riddle.

Good catch. You have to spot the false premise right away and call it out, or you will spend the remainder of your time mired in a battle over the false conclusions it leads too. I honestly think that is no accident.

The term “Assault Rifle” is a prime example of the technique. We virtually lost the argument from the start when we allowed the Armalite Rifle and it’s abbreviation of AR, to be coupled with the use of the term “Assault Rifle” when referring to the civilian version of that overall design. It was crucially necessary that we refuse and refute that characterization at the start. With all the automatic associations people will naturally make with that labeling, to make the mistake of repeating it and arguing secondary points about the subject under that label, only lends legitimacy to the false label. It immediately hands 3/4 of battle over before it has even begun.

Otherwise, in truth, nearly every design of gun in use today, or at any other time for that matter, began, or was used, as a military small arm. This includes the lever action design, bolt action rifle, pump action shotgun, and the revolver. Very few gun designs were ever a civilian only design.

Actually there is much merit to the original premise of this post and replies. How many times have you looked at a news article or social media post and needed to look up the meaning of a word because it was used poorly or wrong, or you didnt recognise the meaning because of the context used?

More and more i do, and more often than not end up going to an “urban dictionary” to understand what the author was comunicating. Words like “equity” no longer mean what you may think. Even the definitions in acknowledged expert resources like Mirriam Webster’s dictionary are being changed to reflect the changes in usage.

Unfortunately the meme “‘1984’ was meant to be a warning, not an instruction book” is very true. In spite of having more information available than ever before, you cannot trust it and we as a society are dumber as a result.