So, the memos are out, and the buzzword of the day is “Extreme,” at least here in New Mexico. Yvette Herrel, who is basically a normal Republican is “Too Extreme for New Mexico!” Scary. Mark Rochetti is “Extreme!” When I heard that, I couldn’t stop laughing.

Even one of the Democrats is “Extreme!”

Every political ad I’ve seen this year lists the opposition as “Extreme!”

I’m interested in asking you adult, mature, amiable people who live in other states if the same buzzwords are being flung around in your states, or if there are differences in the ads.

Yep, big around here. The few Democrats in Utah use “Extreme” a lot.

All of the Trump backed candidates in Arizona are “EXTREME” according to the political ads being run, beacause it’s so extreme to say that women are different than men.

Yes, the hyperbole is beyond extreme. When normal is extreme, I don’t want to see what the Left believes is “normal”. Well, we already do know what they label as “normal”, what the rest of the nation views as abnormal. Reminds me of the scene from Young Frankenstein when Igor brings back the brain of Abbie Normal.

Here in WI. also, at least “they” are all on the same page.

I don’t see to many ads because I mostly stream nowadays. Only watch local news in the morning. Text messages on the other hand are way out of control. I get them from every Republican candidate in the country, and they’re all desperate, losing badly, really need me to chip in etc. it’s getting old.

Here in Arizona, everybody is calling their opponent extreme.
Pretty crazy. The good news is next month I will be at a company sponsored event where I will be able to actually talk to some of the candidates so I can get a better take on them.
Did this once before in 2018 I think. Actually being able to talk to them was pretty eye opening and helped me make certain decisions.

The advertising is just ridiculous…

I mostly ignore it, and haven’t been home for a couple weeks.
Last thing I got was my local rep (blue state, but locally all gop) texted me something about fuel oil prices and I just texted this back 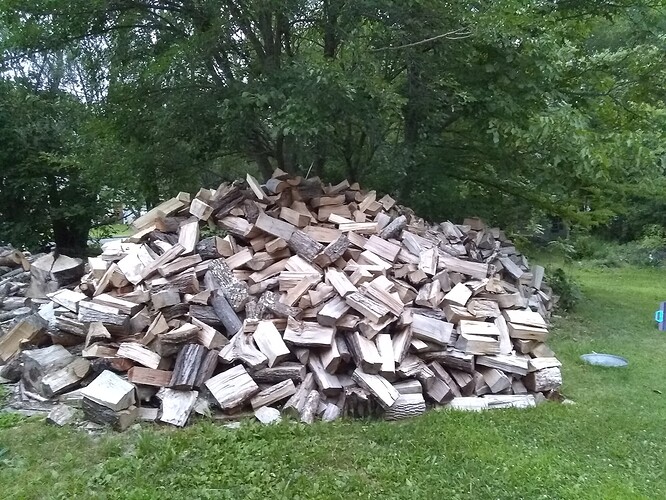 IMG_20220731_2004524671920×1440 394 KB
Screwemall. Sick of their games that we have to pay for. It’s like watching pro “wrestling” with bigger consequences.
Watching the leaves fall in WV, made me feel like heading home and cutting and splitting my last couple cord. Oak and hickory, as much hot air generated as the house and Senate, and no smell of bs.
Fwiw, I’m voting as “extreme” as possible 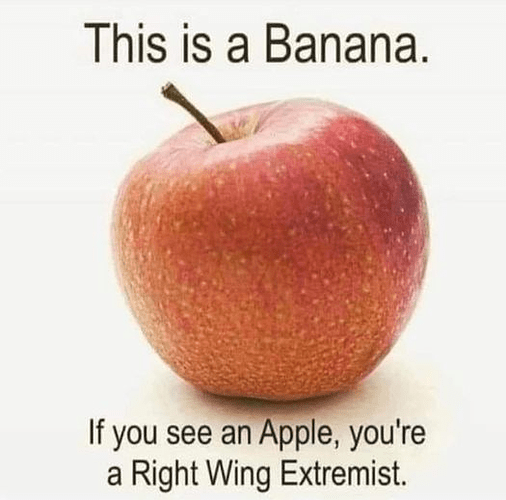 Oh man! Your too extreme!

Just recalled my dem neighbor who’s run and lost several times for local office but has some sort of taxpayer funded job. He has a sign supporting another dem for a local position, state rep iirc… “vote for Hahn, a vote against inflation”. One, the guy’s a dem, two, wtf does a local rep have to do with a national issue? Buzzwords, nothing more.

Outrageous behavior is the shiny object that draws your attention away from where they don’t wat you looking. They are trying to sneak more unconstitutional law in on yet more bills the names of which are entirely misleading,

Advertisers used to say that they didn’t care if you loved, or hated their commercial, so long as you remembered the product. It’s all about you looking where they want you looking, often enough, for no other reason than they don’t want you looking somewhere else.

so long as you remembered the product.

The signs of a still free country!

I’ve had the same experience. However the goal is to get you to remember it at a key time, like when you think, I need to get some better car insurance, and there is a name in the back of your mind that’s there, one you will recognize when you start hunting. Other times I clearly remember the product if I connected the offense with the product. I’m thinking of a particular beer that seems to be gone now. The commercial tried to sell the beer to men, by making men look like idiots, and I thought, somebody sure got this one wrong, because they connected drinking their beer to being an idiot, in particular, a male idiot.

It’s a game of psychology, and clearly they get it horribly wrong sometimes.

It’s a game of psychology,

That’s because they know there are so many stupid voters.
Not all voters, but there are enough brain-dead voters on either side that eat this stuff up. If there weren’t, there would be a lot less Chicken Little political ads.

Some years ago, I read an article that interviewed a lot of unnamed politicians from both parties. They were talking about all the stupid, embarrassing things they had to do in a campaign, because they have to win over the idiots who vote. Like it or not, they can swing an election.

@Ouade5
I have to confess, I never considered that.

Some of those voters are not even idiots, but simply so disinterested and uninvolved, that they only see the highlights that shine from the top. So uninformed are these otherwise intelligent people, that in a simple conversation, the problem of just trying to get them caught up to speed is, itself, a nearly impossible task.

I accept blame for the same fault in failing to pay attention to schools, and look at what that allowed!!

Mine is county judges. I know nothing about these people, yet I’m expected to vote on them?
I usually skip that part of the ballot, these days.

Yes, another good point. This i think helps to explain the rise of the RINO, because they know people like you and me are forced, if we are going to vote at all, to sometimes vote the republican ticket, trusting that the republicans actually ARE republicans. Cheney obliterated that as a reasonable way to deal with overload of things to keep up on.