Only police should have guns 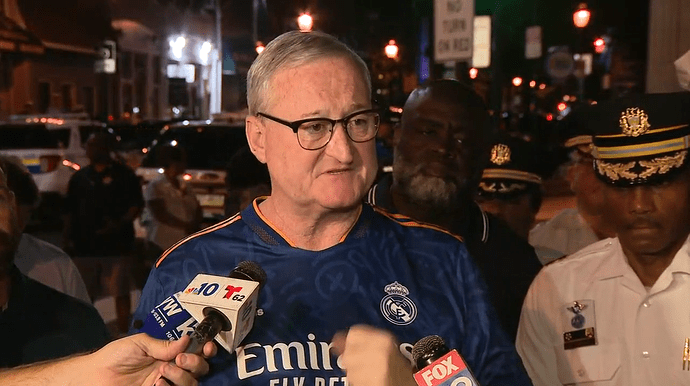 Philadelphia Mayor Jim Kenney suggested civilians should not be allowed to own guns after a shooting at a Fourth of July event left two police officers injured.

Yeah, that second amendment doesn’t really matter, does it?!?!

I believe he is wrong that this is the most dangerous country, not even close. His city, I agree, is pretty dangerous! I suggest a challenge for him - reform his criminals to be more like Canadian criminals. Once criminal violence in Philly is more like Calgary or Montreal. he can report his successes to us.

I lived in Rio de Janeiro for three years. “Dangerous city” is a relative term.

Says the mayor surrounded by guns.

Big surprise coming from a liberal Democrat. Although to give credit where credit is due, he wasn’t a defund the police mayor and tried to increase their budget when everyone else was calling for cuts. He didn’t get it, but he tried.

But I carry a firearm because police officers weigh too much. And when seconds count, the police are only minutes away (if they decide to show up at all).

We could go as far as telling him that he can have them all once he gets that last one from bad guys. It’ll never happen. They can’t even keep prison populations safe.

I’ve been to RDJ three times - yes, it’s a very interesting place. Never been to São Paulo, but I’ve heard that’s far worse than RDJ or any US city.

Some interesting facts about gun ownership in Brasil: 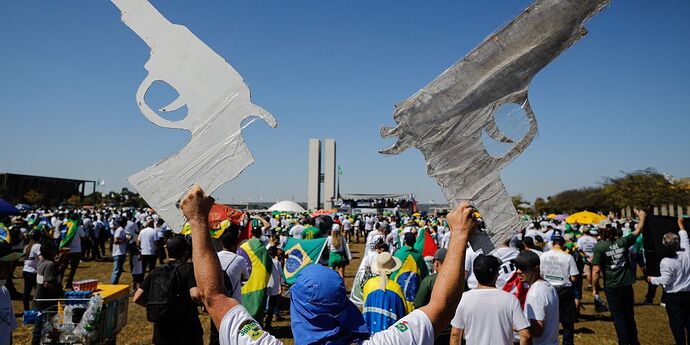 Homicide fell 34% after Bolsonaro made firearms permits easier and cheaper.