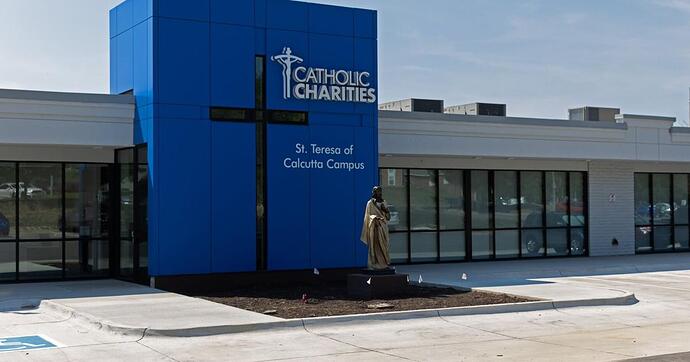 What a crap show. Who thought this was a good idea? It would really have been horrifying if a concealed carrier had taken on the shooter to save others.

Anti-semitism in the story, especially wrong as the organization involved was Catholic Charities of Omaha:
Authorities are scratching their heads that any organization would think Channels’ active-shooter drill was kosher.

Imagine someone having a heart attack. Or, a “good guy” with a gun in close proximity to the “shooter” reacting as he or she has been trained, whether properly or improperly.

Not every capable concealed carrier honors gun free zones areas, especially in states where such policies do not carry the weight of law (can we say Indiana, anyone?). In Nebraska no gun zone signs at businesses do make it illegal to carry even with a permit or license. This is not the first time such a drill has taken place without fully informing employees and local police. Pedestrians nearby on the street are not affected by their GFZ even if a legal proscription. I am waiting for such an act(ive)or-shooter to be laid out cold by a concealed carrier or by police. I would consider that event a Darwin Award winner and the protecting responder (civilian or law enforcement) a true hero.
The responsible executive, Catholic Charities of Omaha Executive Director Denise Bartels, should be fired today, perp-walked out of her offices with the traditional copy-paper box of personal items in her arms, and investigated by the Omaha prosecuting attorney for possible charges of conspiracy to terroristic acts.

Bartels, should be fired today

100%. I am not sure she is free from criminal culpability for this mayhem. And how do you come up with the guy who

Sounds like this guy at best was a wanna be Rambo but more likely is a wanna be active shooter looking for a way to terrorize people without getting arrested. Hope he gets lots of jail time for this and his other crimes.

But the blame should fall entirely on the management staff that thought this was a good idea. Complete incompetence to think this was a remotely acceptable way to train people for active shooter situations. Not to mention the incompetence of hiring someone clearly unqualified for the task and not ensuring that local law enforcement was notified and onboard with the drill. I don’t understand how the people who made this decision still have jobs. It shows that the people above them are also incompetent and culpable.

Hope all of the employees they traumatized are fully compensated for the terror they were put through and likely will be dealing with for the rest of their lives.

And how do you come up with the guy who

If they’re receiving any form of government funding, they would be required to attend a Grant Management Bootcamp

I’m sure they wanted to do it without telling anyone, so they could have people react naturally, but that could have ended way worse.

I’m speechless at the stupidity of this. I don’t have the words to understand it.