OK Wanda3 I challenge YOU and everyone else!

We need a new thread… any suggestions? anybody? I have one idea but It may not fly. We love your wonky self, Olddude…

I would say a YouTube shorts on comedy would be fun.

@leo23 LOL. this genre just not of interest to me. No other reason!

irritating… ??? the war movies change me some… make me… not sure how to say it…

sorta like this… when I turn on the TV… 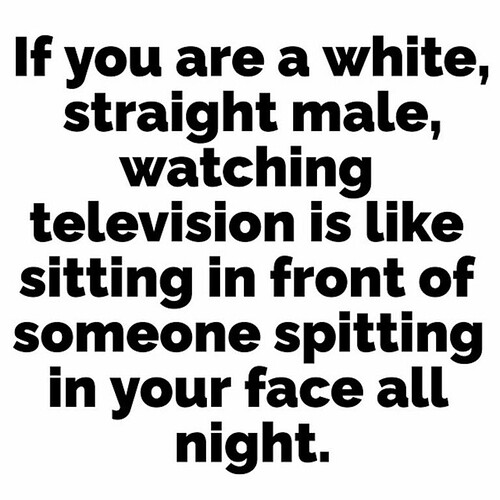 @OldDude49 Don’t pout…hugs for you. it’s ok that you found something to make you laugh and keep you light hearted. There is enough in this world to be sad or mad about. It’s just not my thing…(the anime stuff) being honest. I care about how I spend my time at the stage of the game. how much time is left? I want to spend it doing meaningful things (yeah, like posting memes) or things that make me feel a little better. Or talking to the people on here that seem to care about me and who I care about. Life is short, isn’t it? Easy to slip into memories that are painful and think about losses. The world has changed a lot and I’m just trying to stay steady in the midst of what feels like a tsunami. And laughter is one way I do that! Check out the wonders of nature thread…

I’ll throw a box of tissue at you, lol! Buck up OldDude49, we gotchu! Wees still family, right? 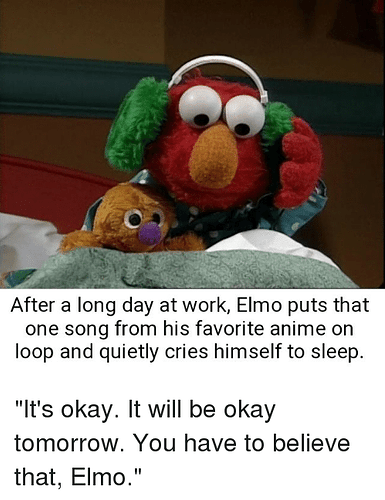 I think a tread with all the stuff that normally gets removed would be fun. One where we can actually have a sense of humor without somebody trying to force thier morals on us and if there’s an f-bomb or two, who cares?

I frequent a community board called https://www.goatlocker.org/

All political and blue content is restricted to the fantail 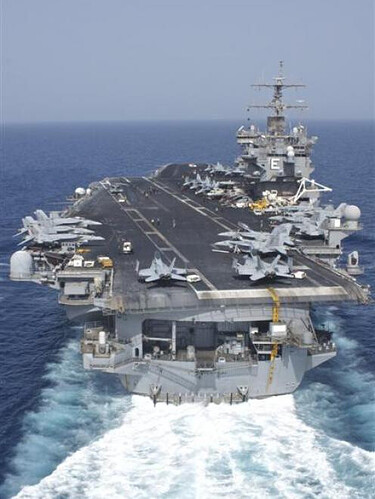 @Shawn17 It’s up to the monitors and USCCA. I don’t think the duck word will be allowed…

and jump all over what they see as BS…

interestingly that area is rarely posted to…

but got censored here…

I don’t post alot of things that I find humorous. I don’t own this forum so I abide by what the moderators limits are. They don’t infringe on my safety.

Edit: Added. They don’t infringe on my safety.

I would just like a thread with humorous meme’s even if I don’t find them humorous. No one liner’s, no debates, no you pissed me off’s, no I don’t care if I pissed you off’s. I don’t want to read a page of your joke, just a meme. A picture with words on it. Even better just a picture. I don’t care is some meme 200 posts back makes you upset/offended/ill or any other doggone thing.

Set the boundaries at:
No nudity/sex/porn et al.
No bashing a political party/person outright, by name (Discretion given if we know who you meant but didn’t name them).
No Threats.
No violence (real, not bugs bunny and the 3 stooges)
Pretty much post anything you would show your kids, mother, grandmother, preacher (emmm well…) in other words folk that you respect their opinion of your conduct.

Sorry to say, lately, the only reason I come around here is for the meme’s. The intelligent conversations left the building about 2 years ago.

@Craig6
I thought the 2 meme threads were supposed to abide by some of the rules you mentioned. But it goes sideways often. Some lines are crossed at times politically and socially. I (perhaps wrongly) have remained silent on many and just pass by the ones that push a button. Some topics are just too hot to attack. We all have differing views on these hot topics. Being one of only a few females on here it can get touchy. Luckily, I have a good sense of humor and respect the people here even if I don’t agree with everything.
You could try and start a G rated meme thread with specific rules. Or like me, scroll on by the stuff that you don’t like. No one can see eye rolls! Lol

Drag some of your other female friends on here for a good healthy mix! (sorry, am I not supposed to say, “female” or…how do I ask it or say it now-a-days? I’m confused already…what was I saying? no pun intended whatever.) Geesh, I think it’s time for bed.

I don’t have any female friends who shoot! I have a couple who think I’m crazy because I own a gun and shoot…I have a few that are ok with it but there don’t shoot… Oy.

How dare you call me a female??? Kidding…

OTay! I will stay scope-locked on calling you Wanda3, lol. I appreciate your reception of the levity.

I don’t have any female friends who shoot! I have a couple who think I’m crazy because I own a gun

I think this is something most of us can relate to, unfortunately.

I have many acquaintances that don’t shoot either. I respect their decision whole-heartedly, because it’s not mine, but theirs. The only thing that I would ask is that they remain consistent when a violent incident occurs; don’t call their neighbor or LE to come and use their guns in their defense. Therefore, the same regard is maintained, and fragile sensibilities can remain uninfringed, no pun intended.

Agreed. My best friend is anti gun. She’s polite when I bring up the subject, which is rare, but she HATES guns and does not understand.
A couple others think it’s cool but I caution them it’s a serious ‘sport’ and not to be looked at as a trendy thing to do. One friend… well let’s just say I wouldn’t want her to handle a gun.
And there are males as well that know nothing about basic gun safety. I showed my gun to my ex at one point, clear off course, first thing he did was put his finger on the trigger. I told him NEVER put your finger on trigger etc. hand it back to him and DUH, and he does it again!!! What the duck? (Note to self: don’t allow ex’es to handle your firearm.) I’m still here to tell the tale because I made sure it was clear!