Not a Parody: De Blasio Plans to Pay Criminals Convicted of Gun Crimes - The 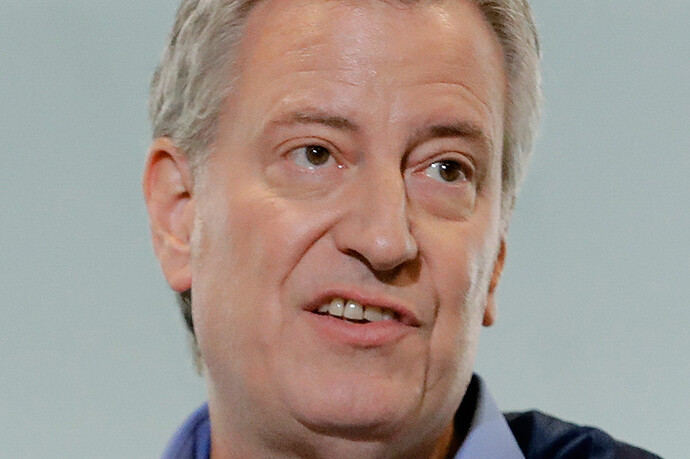 Not a Parody: De Blasio Plans to Pay Criminals Convicted of Gun Crimes - The...

◀Previous Post Next Post▶ New York City Mayor Bill de Blasio is moving forward with his disastrous plan to pay convicted criminals $1,000 a month not to commit more violent crimes. The initiative is known as “Advance Peace” and is being sold as a...

nothing like a bribe to not be a POS!!
Where’s my handout for being a law abiding citizen?!

You have to rob or assault someone first in order to get your cut:/

Sounds like a great incentive to commit crime to me:(

Really, even the team of Oprah/Springer couldn’t have made this stuff up. It is like we’re in upside down world.

Stupid criminals will spend their $1000 to get weed.
Smart ones will get better weapons, training and ammo to be more competent at crime.

They were doing this in California a year or two back; not sure if they still are. Ridiculous.

What, you don’t like the idea of the money you worked hard to earn, and in turn paid in tax dollars, to go to people who qualify for this benefit by having broken the law? How insensitive!

Sounds like a great incentive to commit crime to me

I wonder if the Capitol “insurrectionists” are eligible for this?

I wonder if the Capitol “insurrectionists” are eligible for this?

I believe this only applies to armed criminals so since most if not all of the people who entered the capital were unarmed I think the answer is no.

And yes, call me insensitive, small minded, or whatever;) but for some reason I have no sympathy or empathy for people who use violence or threats of violence against innocent people

Is this an automatic monthly payment or do they have to brandish/shoot every month to get paid ?

I don’t see what could go wrong. I mean, if they promise not to break the law…

Just wait, if it does not work, some idiot gubment person will say $12K a year is not enough to live a crime free life, they need $2K per month. Got to make a ‘living wage’ right?

I am so cynical that I can see some sort of kickback from the criminals to the corrupt city officials, in exchange for favors, or threats even.

It’ll never work as they need a living wage. Petty theft will not make up the difference. Perhaps shoplifting will help out.

Perhaps shoplifting will help out.

And in some states they are no longer prosecuting that, if the amount stolen was less than $950. In videos we have seen, there is no way to account for how much each criminal stole. Therefore, the value does not actually matter, as LE is not going to even try to arrest them - a pointless endeavor.

And in some states they are no longer prosecuting that, if the amount stolen was less than $950.

California, San Francisco in particular is a problem. Walgreens, I think it was, was closing several stores after losing thousands of dollars to theft.

Wow- that is, without a doubt, one of the biggest cop-outs by a politician I have seen in a while (and lately there’s been a large group of bad decisions to choose from). Way to abdicate the responsibilities of your elected office. What an idiot

So here’s the thing… Didn’t work in California, so a fools errand. When you make thousands in illegal drugs & murder your foes why would you care for this? Leo’s are mostly forbidden to act & in low numbers besides. Looks like a win for bad folks…