Obviously your wife has never found a spider in the kitchen.

There are times my wife has screamed when she’s startled, but she doesn’t hold it for a full minute like an opera singer, the way women do in the movies.

Also, she’s not afraid of spiders, so there’s that.

This has become another dead-fish topic I’ve had to dismiss lately. WHAT do you not understand about the nonsense produced in films made by “GOLLYwood”? Most of It’s made for an audience with an IQ of a house-plant, and the attention-span of a flea.

Are you seriously suggesting that “The Avengers” is not a documentary?

oh well, it was a fun distraction.

I saw a few lately. On American Sniper when they are in the truck in Iraq it shows Chris with a sleeve of cartridges on his wrist. If you look closely, they have bullets in them but spent primers. Which i understand there is no reason to have true live rounds on set unless you are Alec Baldwin, but they could make them look live.

On Hot Fuzz when the detective is riding through town with the two shotguns crossed on his back, they dont have triggers.

I also like how in some action movies the hero grabs the bad guy’s pistol and immediately disassembles it with a flick of the wrist leaving the bad guy holding only the frame.

Or when they shoot at a paper target the paper blows back toward the shooter at the point of impact.

I also like how in some action movies the hero grabs the bad guy’s pistol and immediately disassembles it with a flick of the wrist leaving the bad guy holding only the frame.

“Hot Fuzz” is very realistic, those shotguns are EU Compliant.

Lol. So is Shaun of the Dead

Did you ever see “the Americans” I think it was called, series about Russian spies, husband/wife living as an American family? The mom iirc was Carrie Russell (?) and it cracked me up watching her fight scenes, especially figuring most guys she fought had 100 pounds on her and seeing as what they were supposed to be career wise, should have been equivalently trained. 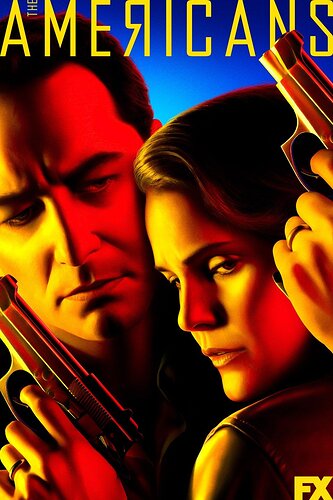 Maybe it was mislabeled and was supposed to be science fiction. Then the suspension of the laws of physics and science is to be expected,

*Pointing fire arms at each other sweeping.
*Getting rifle barrel in the dirt.
*Dropping fire arms and running away.
*Shooting alongside of your buddy’s ear in a fire fight.
*Jerking the poor horses reins.
*when someone gets shot the horse fall down.
*Snow flakes that don’t melt.

. hard to find anything without violence.
When I watch cowboy shows I always eat beens and then ; shots fired butt, no one get hit, kinda.

*when someone gets shot the horse fall down.
*Snow flakes that don’t melt.

yes! and light beams from weapons that make big sounds, light beams don’t make any noise. My flashlight beam works silently , and, I can’t watch it going from the lense to the wall either.

They have to add flashlight sounds in case there are blind people watching the movie.

Just remember, some movies are like dreams and having a sense of realism is not in character with how a story goes. When there is a movie that is supposed to be more realistic than that is when the errors of the movie screen is a bit redundant. Being able to get shot wearing a bullet proof suit and just shrug it off is one of those barriers that is farfetched, but it makes for a good action hero. Good thing we never believed Wille Coyotes mayhem would never be a good thing to try.

Sometimes you have to just except the stupidity and try to enjoy the entertainment anyways.

Oh, I enjoy the hell out of watching movies. Some things do make me chuckle to myself though regardless of the “realistic” aspect. Dont get me started on the fast and furious movies. I enjoy them all but Ive never seen a Civic with a 18 speed transmission.

I also suspect that if a person on the 2nd floor of a saloon was shot in the chest, he wouldn’t fall forward and crash through the railing onto the tables below.

Here’s a big one, @Quade5 reminded me of:

Get in a rollover or 100 mile an hour auto accident, fall 10 feet or more and the hero after a brief moment leaps back up into action.

Not that any of those are not survivable or injury free (they can be), Neck back and muscle soreness can be horrible, especially the next day.