Most of you here are liars

IF more than 50% of murders in the U.S. are committed by roughly 8% of the population, why are the rest of us constantly attacked by by democrat left-wing moon-bats?

I have seen some foolish threads. This is truly in the top 5

I have seen some foolish threads. This is truly in the top 5

This place is turning into a sewer. I keep blocking people, but new folks just keep posting crap, ruining this lovely place like they seem to ruin anywhere that will let them spout useless garbage. Thanks for social media…

That’s exactly what a liar would say. 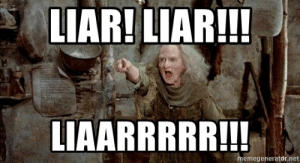