More that the Lame-Stream didn't want us to know 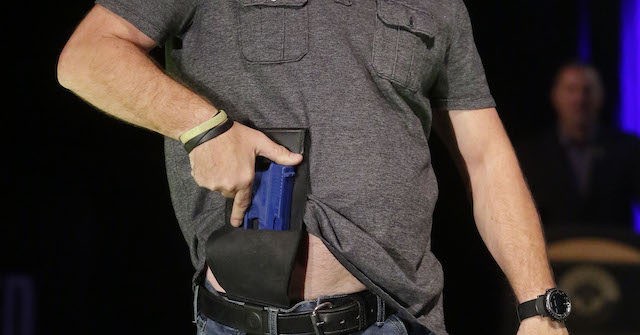 An expanded study lists over 60 instances in which a concealed carry permit holder stopped a mass shooter.

That is good to hear,and that is why I am armed,you never know when there will be a mass shooting around you and it would be good if a person was armed to stop it,That is why I practice keeping my motor memory up to Par. then you do things automatically,to bad that this is the era of Mass Shootings,it used to not be that way and the people were all had a weapon close to them,now they pass useless weapons laws that don’t do a thing at all,this is the world we now have

I forget where I saw the information but a study says/shows that if current gun laws were enforced; gun crime would go down by 85%. Don’t know how true that statement is.

I do think we need to bring back the death penalty and the max time on death row 10 years. That should be plenty of time for appeals. Sitting in a cage for 40 years or longer is cruel and unusual punishment.

IT Would never happen,the laws they now have are useless and are mostly applied against the good guys,the old system needs to be brought back,and the ATF needs to be shut down,Some of you thatare old school knows that when weapone with out the laws had less crimes,because the people them selves took care of the problem