Looking for a gunsmith

Checked it. Not loose

Just based on the conversation so far, I am leaning toward this being an ammo issue. Grab a box of good American ammo and see if it helps.

If not, then you should get her to a gunsmith. Good luck sir.

Ummm… maybe you could return it to the store you bought it from?

Hopefully. I have the receipt.

Did you buy in store or online?

Hopefully. I have the receipt

Wait a minute. Are we talking about returning the imported (probably out of spec especially since different ammunition at a friends place fed and ejected fine) ammunition or the used rifle that was fired 150 times? The gun shop I frequent says once the firearm is sold and they do the paperwork it’s a used firearm. Even if you don’t take it out of the store.

Did you ever get some different ammunition to test the rifle?

My other .223 works in it, the Frontier .556 my coworkers husband had, fit in nicely and released, certain rounds from the box I had fits, others locks it up. I’m talking about returning the ammo back to the range I got it from. I’m keeping the rifle. I double checked everything everyone told me to check, and there’s really nothing that seems out of place with the rifle.

Back to the tolerances I was talking about earlier. If you got a rifle on the tighter side of things then you might have gotten lucky and received a production rifle with excellent accuracy!

We are all looking forward to seeing your results!! 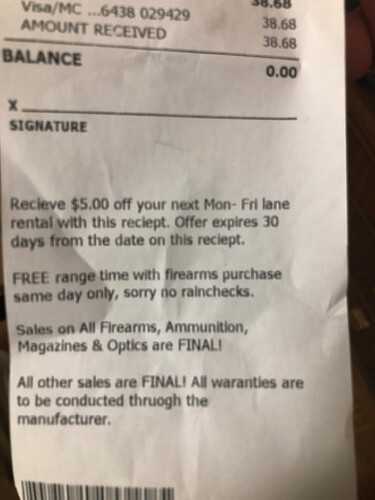 All sales are final. That is a bummer. Maybe you could send an email to the manufacturer and see if they will help you out?

You could invest 20 bucks in the ammunition checker and sort out the faulty cartridges.

I would just shoot them.

Would you have any concerns about firing out of battery?

Hit the forward assist after chambering each round?

Yeah I’d rather test the ammunition with a gauge, and just throw them away. I don’t want to shoot faulty ammunition.