Not too long ago, my neighbor asked me to clean a pistol he has that has not been cleaned in a while. He went on to say that the pistol was handed down to him from his father, who bought it at an estate auction. He claims that the pistol was once owned by Marilyn Monroe. It is a Targa .25cal pistol. The original box has the initials “MM” handwritten on the inside. The box also has “NJM” (Norma Jean Monroe) handwritten on it too. This does not prove anything, but my neighbor claims to have all the paperwork for the sale and transfer, including a copy of Marilyn Monroe’s Driver License. I’m inclined to believe him.

Anyway, I disassembled the pistol as much as I could, rubbed as much rust off it as possible without damaging the finish, cleaned it, and oiled it. When cleaning the barrel, the cleaning rod stopped halfway down the barrel. I figured the barrel had been intentionally plugged by someone for some reason. Then for some reason, I put a punch into the barrel and gently tapped it. After a couple more gentle taps, a bullet came out of the barrel (seen in picture). I cleaned the barrel was glad to have cleared the obstruction for my neighbor. He had said he wanted to take it out and shoot it at some point. Had I not cleared the barrel, that could have been a bad day. So without further ado… 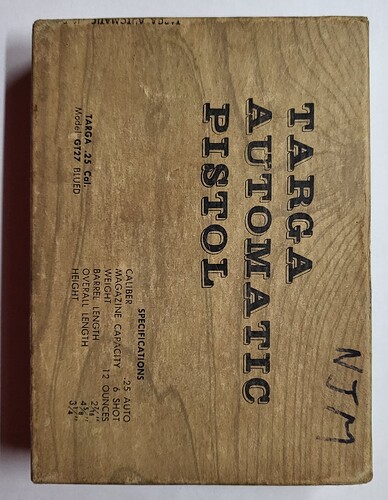 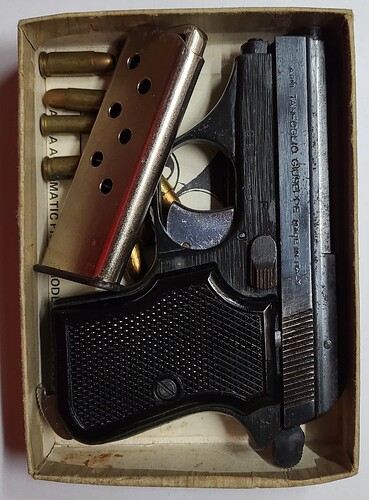 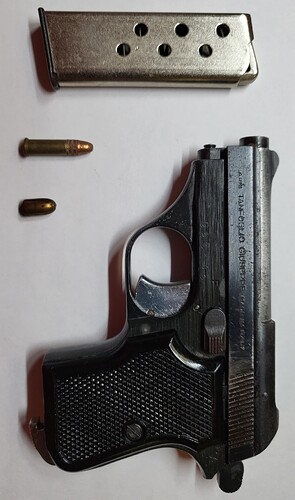 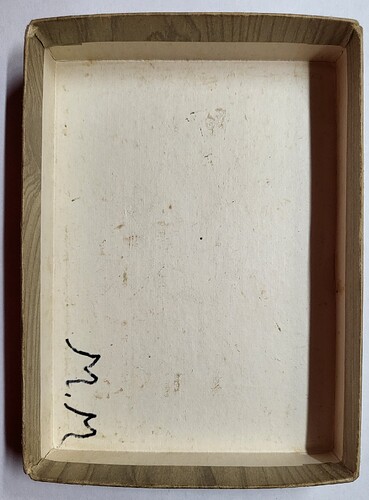 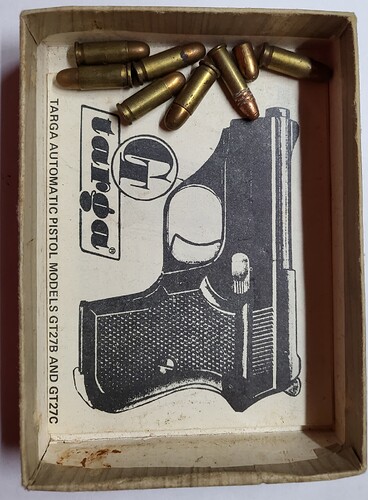 Well that’s just cool! I’ve been looking for a specific revolver for over 30 years is a Shattuck revolver which is my mother’s maiden name and has family ties. Never been able to run across one even though I look. Was not known for its quality but because of the family ties I would like just to have my collection.

Maybe you could contact this seller and find out who the buyer was: 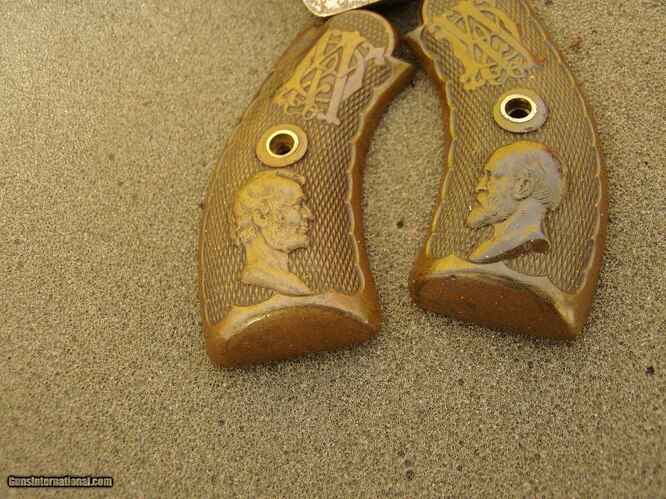 This place had one as of 4 days ago:

Serving collectors for over 20 years with quality, original merchandise from the American Revolution to World War II

That’s a very cool story. I’m glad you shared it with us. Thanks!

I have no way of knowing if the Marilyn Monroe story is true. If your neighbor really believes it could be true, then I would guess it would be worth having someone authenticate it, but I’m not even sure who could do that. But even if someone with knowledge could give it the old “probably true” stamp of approval, that could make the pistol worth a lot more. Perhaps it’s not the firearm your neighbor should be shooting at the range?

Agreed. However, it’s his piece, so it’s not really my business to tell him what to do with it. If it is what he says it is, then I’m just glad to have been able to handle it (and make it safe to shoot). Otherwise, I concentrate on my firearms.

@GrayMan
Back in the days when I was still working in the Firearms Analysis Section (formerly Ballistics Squad) the Narcotics unit conducted a lot of drug raids in the hood. This firearm is actually a Guiseppe Tanfoglio 25 auto made in Italy and we used to come in contact with Tanfoglio firearms a lot. I believe the model was the Targa. It brings back memories seeing this gun.