Indiana is getting it right 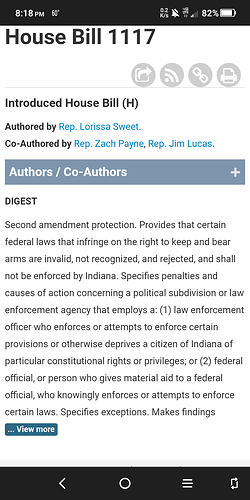 I don’t think it’s any more humid in Indiana than a whole bunch of the rest of the country.

They can get tornadoes but they are not in tornado alley

I don’t think they get any more frequent ice storms than a whole bunch of the rest of the country either.

Mosquitoes also not nearly as bad as a lot of other places. You can’tr really escape those guys anywhere IME.

Source: I lived in Indiana for over 20 years.

I grew up in Missouri, experienced it all🤣
After my Chicago experience I came out to the high desert, very low humidity (10%), no tornadoes, ice storms, and the tarantula hawks and scorpions ate all the mosquitoes

You kind of had me at 10% humidity

Hot, but it’s a dry heat… just like the furnaces used in crematoriums…

I live in NW Indiana, couldn’t imagine living anywhere else. In my younger days I watched weather patterns across the country and realized that this is where I want to stay. South of Lake, Porter, and LaPorte County, where they get all the snow [close to Lake Michigan}. Flat land, except for the occasional sand hill, like the 30’ high one at the back of my property where I target practice. We get snow , but I can deal with the amount we get. We don’t get enough rain to keep the grass green, but I can deal with that to. It’s just my opinion, but this is “almost heaven”. Oh yea, great gun laws too.

I’m in far southern Indiana Harrison county is nothing but hills and valleys.Im about 1500 yards from the Ohio river.If this bill gets the support it looks like it’s getting we may be well on our way to the best gun laws in the country.If just one state does this the implications for the left are obvious.

What are the penalties for braking said proposed law?

I’ll read up on it tonight.Just glad to live in a state where gun control means hitting the target you aim at.

What are the penalties for braking said proposed law?

Banished across the Wabash, to the dark lands of Ill Annoy.

That’s super! Oklahoma is a 2A sanctuary state. Governor makes Oklahoma a Second Amendment Sanctuary State by signing Senate Bill 631 into law. It’s super humid here sometimes and can be really hot in the summer and brutally cold in winter. We don’t get much snow and do get an occasional ice storm.
I have been living here 36 years and have not yet lost my home to a Tornado, although some devastating ones have happened not too far from my abode. I do have an in-ground shelter. Thankfully have never had to use it. I came from New York way back when. One of the best moves I ever made.

I’m watching a similar bill (HB62 - The Ohio Second Amendment Safe Haven Act), currently in committee in the House of your neighboring state to the east. I’ve written to my reps to request their support of this bill. This just seems to be the next natural step after securing Constitutional Carry last year.

Our state is trying to take our guns away to stop all the violence by letting the crooks have guns but not its legal gun owners.

Which state are you from…?

Yes,you guys are getting a bad deal all the way around.I feel for you.

When is Illinois going to put a serious effort into breaking away from the state of Chicago?
Everyone talks about it and laughs about it, but I’ve never seen any significant group of people work the issue.

It would be nice.

Just not going to happen