I wrote to IMFDB nearly a year ago but never received a response.

In Star Trek: Enterprise the last episode (Season 4, episode 22: These are the Voyages), starting at 28 minutes 15 seconds, the aliens are using firearms that look a bit like a Ruger Mark III.

Does anyone know what this firearm is (trying to get a pic to load…)?

Whatever it is it does not exist yet.

This cool prop from my collection is an “Alien Energy Pistol” from television series Star Trek: Enterprise. This Pistol was used in the Season 4 Series Finale episode 22 titled “T…

Thanks! You guys made more progress than I did. It still looks like a 22/45 to me! (Let’s hope that Picard is a success…)

Look up PGP pump pistols, the top feed tubes can be removed, often when being restored.

(@Brad) Using @Rocketpak’s link, it looks like they took the mold of the Ruger Mark #… maybe a 3? The 22/45 doesn’t have as steep of an angle on the grip (I have an older 22/45). The beginning of barrel looks like the Mark III Competition model, but the sights look like the standard model. Just to show how hilarious Hollywood’s info is on firearms, RocketPak’s link states it “is generally based on the design of the 45 caliber pistol.” 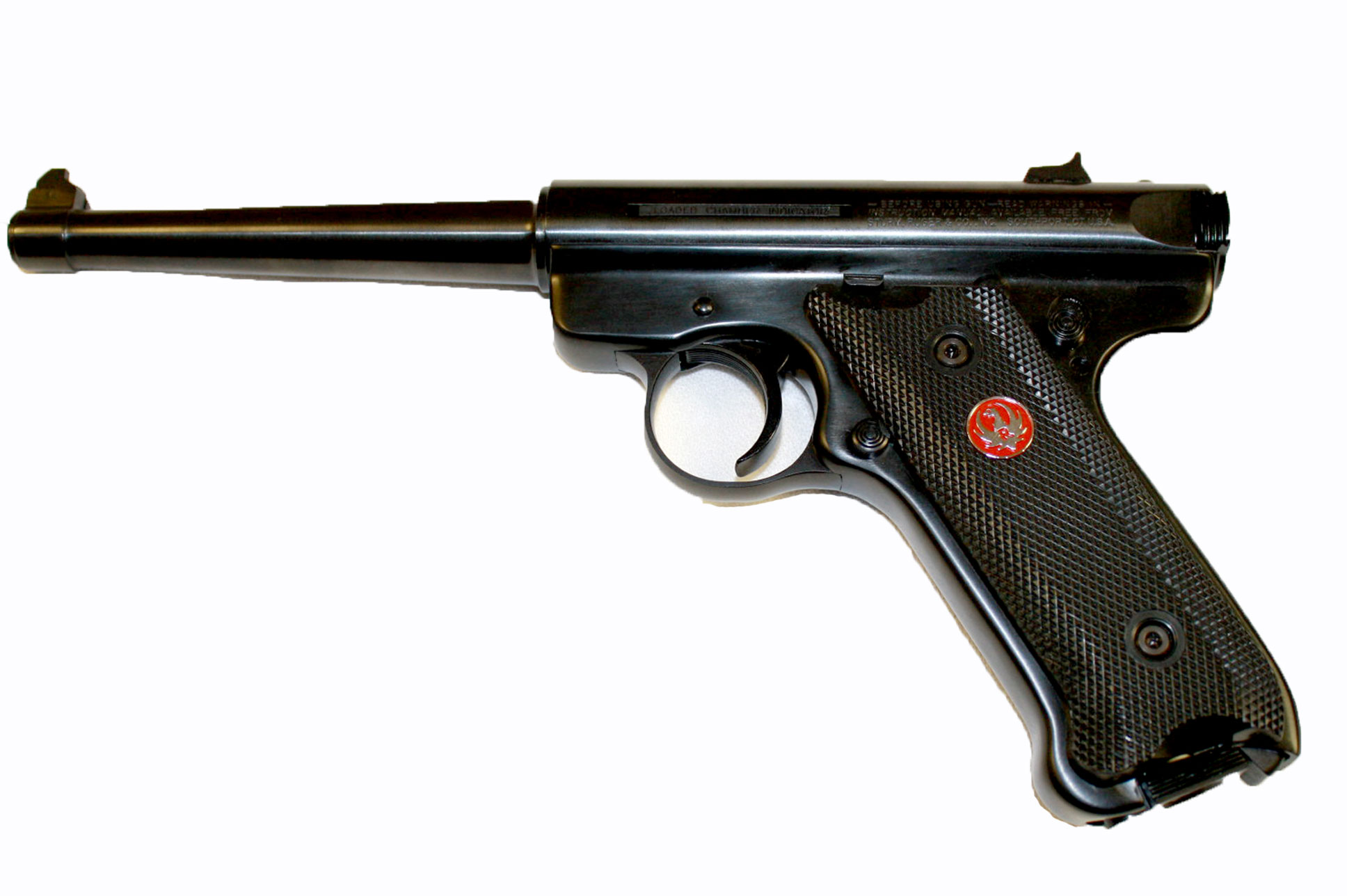 A newer Ruger 22/45 for comparison. Notice the grip angle and contol placement:

Another side note… I’ve always thought the Ruger Mark # 22’s were modeled after the Luger… again, following the Hollywood article, it’s funny, since they were in 9mm (except for like three .45 ACP prototypes/proof of concepts that were made to sell to the American army pre WWII, and the newer “Lugerman” 45 which I don’t think was available at the date of the ST episode).

Interesting stuff. Thanks, all!