How NOT to stow your ordnance 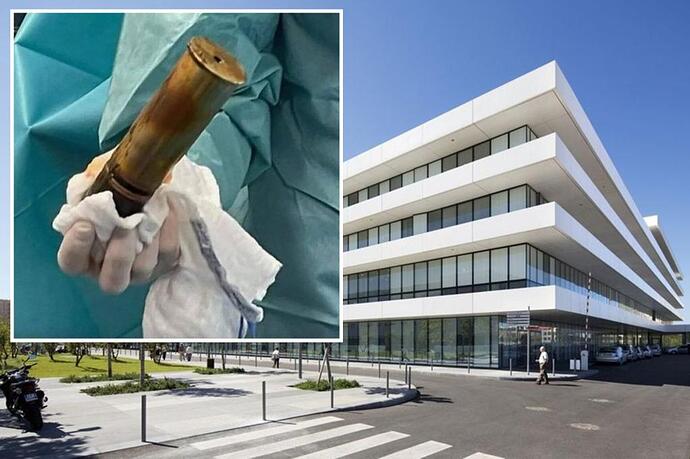 Oh, shell no! The World War I relic measured almost 8 inches in length and more than 2 inches in girth.

Could be a new meaning for assphalt?

I can only assume he wanted to go out with a bang, It undoubtedly could have rectum.

Jesus Wept. The stuff people will stuff themselves with.

What a pain in the butt…

I sphincter’s something very wrong with the guy.

Well you all know that a certain age constipation becomes an issue. You’ve got to get relief somehow!

It’s the ones you don’t hear that kill you, especially when they sneak up behind.

Gota admit, the octogenarian has one heck of an imagination! “Go big or go home.” it could have political overtones as well. Maybe the system is doing a number on him. Whatever the case, I think his attempt yielded unintended results and/or his point was an epic failure. He will probably be assigned someone to talk to for a while. Can’t you hear his cohorts, "Man, the system duped him; no, no, “wrecked’um!”

it could have political overtones as well.

A man who forces an artillery shell up his butt could be considered an apt metaphor for what governments are doing to us. Surely anyone who empathizes with this gentleman wouldn’t find it too hard to swallow.

Surely anyone who empathizes with this gentleman wouldn’t find it too hard to swallow.

Could it be that is how it got there?

that a certain age constipation becomes an issue

Yes, he did have difficulty passing it.

Only the shadow knows. Or maybe Ben Dover.

If you’re going to go out, go out with a bang.

There people go blowing nonsense out their a$$