Here is a link to Fox News report. 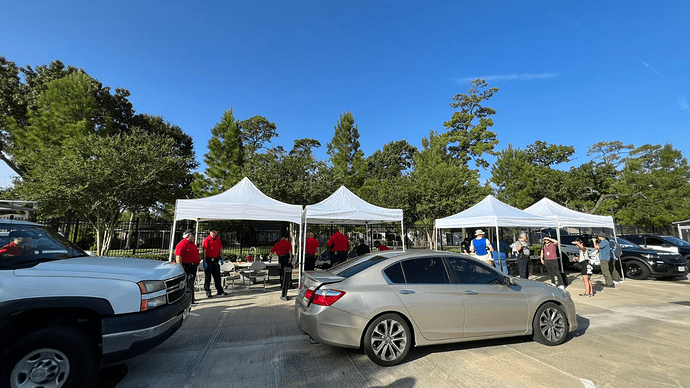 The Houston police chief is calling their gun buyback program a success after collecting 845 guns during the event and giving out close to $100,000 in gift cards.

Now we are talking Texas right? So what are your thoughts on this?

I think I would love to see the types of guns turned in. Not sure if they paid the same for all guns or not, but it is only 125 or so for each gun.

I am speculating most were non functional and or inherited.

Always reminds me the scene from The Sopranos, when Tony says “I never thought I would raise a toast for Federal Government…”

Criminals traded in busted crappy guns and got advance from police, to buy working guns. That’s what I think happens.

Any worth keeping are now in personal collections.

States are made up of individuals, and not all think alike. There’s also 6.6 million people in metropolitan Houston.
The people calling this an “overwhelming success”, thinking these guns came off the streets and will make the city safer are idiots. At least they didn’t use their money to buy the gift cards. They used yours.

I heard of people taking gun parts and making un-usable guns to turn in just to make a buck off of the government.

gun parts and making un-usable guns to turn in just to make a buck off of the government.

That may be true, but it’s the mindset. If Texas goes, it’s all over!
What happened to Texas Strong, too many kalifornians!

Texas Strong, too many kalifornians!

I thought they came up here to Washington State?

What a beautiful state, prior to China/Biden Pandemic, my wife and me were going to take time in Washington and Maine! We get enough sunshine!
Now we won’t travel further than the mailbox.
Drove/flew this up to Bremerton a few decades ago! 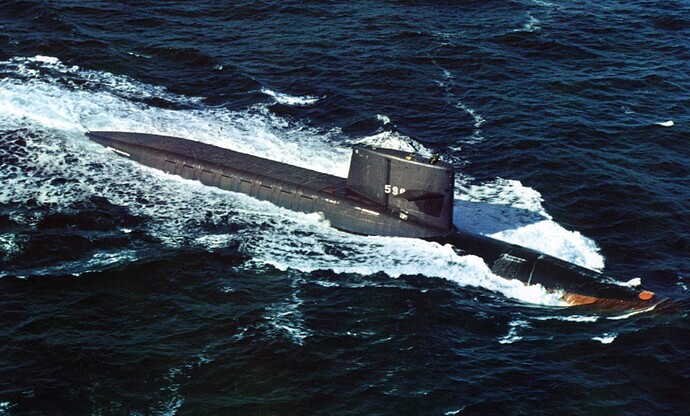 Your tax dollars at work…sad but funny. Some good comments. 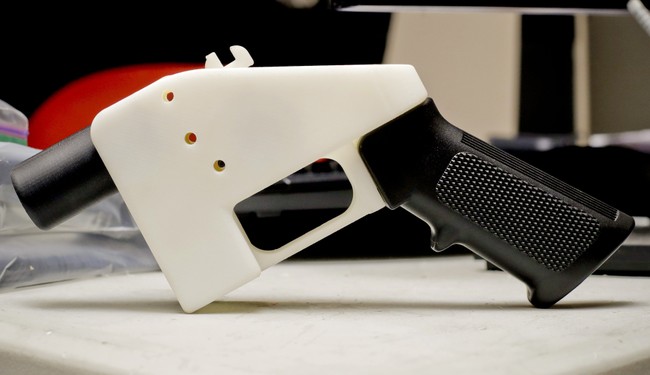 I think this is important to keep in mind. Under 1k guns from the 4th most populous city/metro area in the country. Literally several millions of people live there. 800 some guns. Not even a drop compared to how many are surely owned and possessed by Houston residents 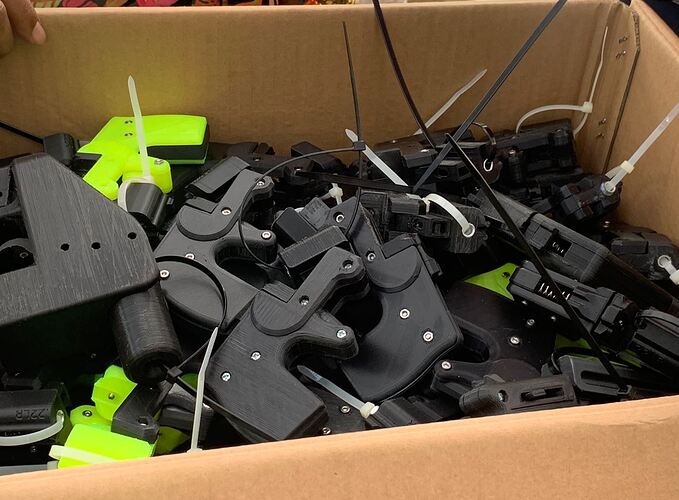 The man, who wished to remain anonymous, said he wanted to 'send [Houston leaders] a...

"The man traded in 62 3D-printed guns, often referred to as ‘ghost guns,’ and received $50 per gun. He claimed making the weapons only cost $3 each, he told Fox 26. The large trade-in of non-traditionally-crafted firearms has prompted city officials to change guidance for future buybacks. "

I wonder if they checked to see if some of the guns was stolen ?

That is the normal chain of events to check each weapon for being stolen or used in a crime. One would hope that the Dept does their due diligence.
I believe “gun buy backs” has at its center good intentions and potential as a fair tool for Law Enforcement to solve a cold case file…But!!! It steps on the Second Amendment as soon as a legal weapon is destroyed, if the real intent is to use buy backs as a stepping stone for gun confiscation, putting firearms in a negative/scary light to the local populace and as a political tool to strip us of our Constitutional Rights.
So tell me why did a Texas police department have this gun buy back??? 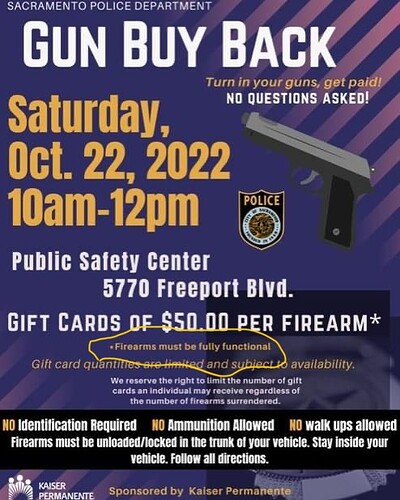 Are they going to test them to see if they function?