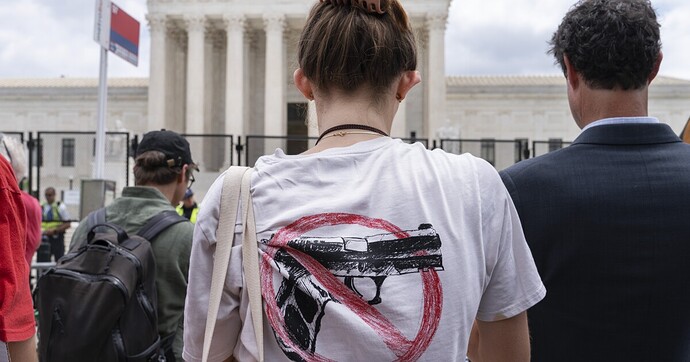 New Yorkers may have to share their social media history and character references to obtain permits to carry concealed firearms in public, according to legislation signed by Gov. Kathy Hochul (D) on Friday evening.

Was Hochul in a coma when SCOTUS was in the news last week?

I don’t think any of these states are expecting their laws to hold up in court. They’re just using the (possibly lengthy) court battle to buy them time so they can prance around extoling how awesome they are and that they “saved lives”!!! and “Did Something”!!!

I can understand (not agree) gun and ammo registration, but character references and examination of social media? This is not even CCP social credit system. This is like a Soviet regressive law out of 1960. They are such regressives.

I can understand (not agree) gun and ammo registration

If you are looking to control the populace that elected you with force, despite the laws that are in place, I guess I understand (not agree) too.

SHALL ISSUE! NOT MAY ISSUE!! I don’t have social media!

Like the above poster, I have no Social Media history. Outside of a few web site forums, nada.
That is a ridiculous ask though. The anti 2A are grasping at straws. Hopefully this crap gets nipped in the bud and never slips through the cracks…

I am sure this site would be considered social media under this bill. And I’m quite certain that anyone NY hired to review social media posts would interpret anything ever posted here in the most unfavorable way possible.

I suspect many anti self defense people don’t see any difference between someone discussing how to stop someone from murdering their family and the sick losers who talk about wanting to murder innocent people.

Yes what happens if you have no FB, Twitter, etc account, and dont have friends or family to give you “character reference”? Ask you ex’s? LOL.

I suspect many anti self defense people don’t see any difference between someone discussing how to stop someone from murdering their family and the sick losers who talk about wanting to murder innocent people.

I am old enough to remember how they seriously compared people who refused vaxx or voted for Trump to mass murderers.

Just join a gang and get it over with!
No matter how you look at it, NEW YORK is an infringement!
Let me see her get social media history from these guys, maybe they can bring it to her office! They look ready to comply. 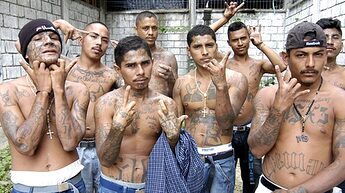 All these blue bureaucrats are scared to death of the criminals, can’t blame them, but don’t pick on law abiding citizens. There could be unintended consequences. What’s the point of being law abiding?

Which option is easier for a politician?:

Exactly! Nothing valuable but something.

80 to 90% of the population has very poor awareness and threat identification skills. Their focus is on day to day life. They rely on the 10 to 20% who maintain an increased level of vigilance to give them some warning of when to react to a threat. This unfortunately makes the majority very susceptible to being manipulated into believing in threats that don’t really exist or mislead into ignoring ones that truly do.

Though overly vigilant people can also suffer from threat misidentifications and over reactions as well. Well reasoned and balanced skepticism seems to be on the verge of extinction in our society.

I dont know about easier. I just saw an article or Breitbart about cops trying to serve a guy with domestic violence order, and it went badly. This was clearly a criminal, but it highlights the challenge of gun confiscation on a scale in this country.

Well reasoned and balanced skepticism seems to be on the verge of extinction in our society.

As Babylon Bee puts it, satire and reality have largely merged.

There’s no way for anybody to say that I have a social media account anywhere after I’ve denied that I have one. It’s so easy for anybody to say they’re anyone. It’s an absolute joke! A mockery of the system. It’s time for disobedience at a county level. Sheriffs are within their rights to disobey their governors orders when they so blatantly disregard the constitution of the United States and it’s interpretation by the SCOTUS. I’m blown away at the audacity of some of these states and wonder if sheriffs offices are within their rights to start arresting non compliant officials. Like, up to the governor level.

There’s no way for anybody to say that I have a social media account anywhere after I’ve denied that I have one.

Unless you are using some very sophisticated anti online tracking measures and doing all your activity under untraceable email accounts it would be very easy to track down all your online activity. In fact the NSA likely already has all your comments recorded and could attach them all to your real name with a couple of button clicks.

On the other hand, social media posts are in the public domain, so to speak, similar to published Letters to the Editor and other “broadcast” statements. Relatively easy to find and peruse by anyone interested.

You know the saying: “Say it, forget it; write it, regret it.”