Haboobs!
It’s not what you think it is

If you’re from AZ, have you been caught in one while at an outdoor shooting range? 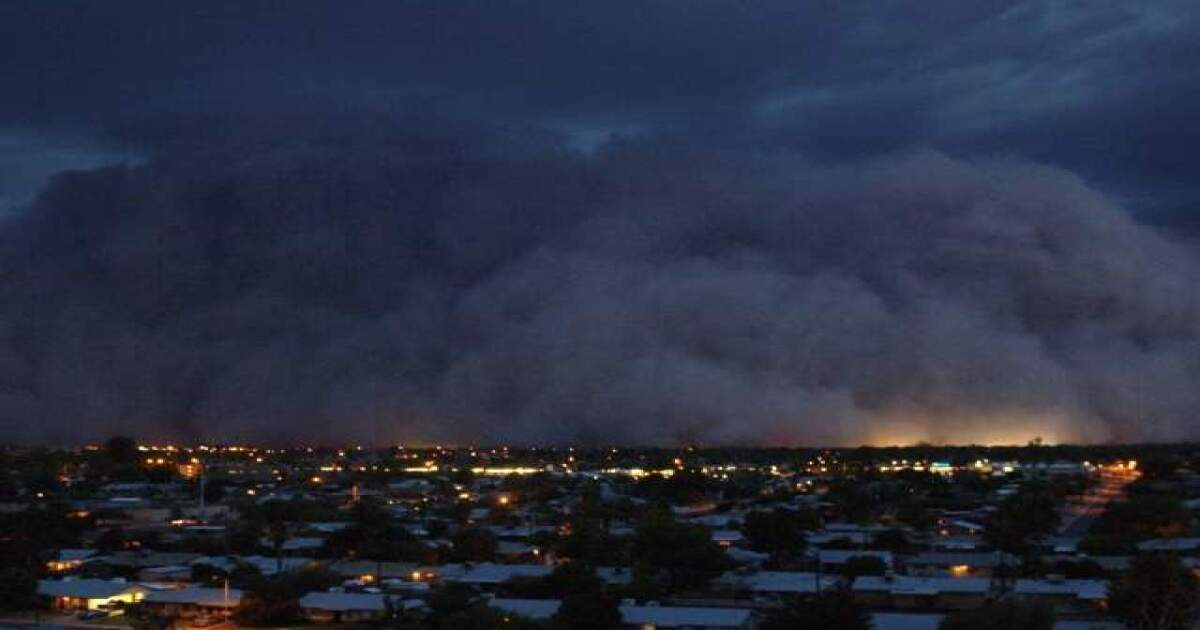 Why do we call dust storms 'haboobs?'

Haboobsare giant walls of dust created from high winds rushing out of a collapsing thunderstorm.

I’ve been caught in tropical depressions on offshore and the Keys before. Once I was responsible for securing the motor from the dingy. Wave we’re about 20’. 1st mate duty.

I have been caught in a couple of haboobs while working out in the AZ desert but never while at the range. Not a pleasant experience.

I’ve never seen it on my own eyes…and it’s not something I would like to.
So far I know it from TV.

That picture is nearly identical to the first Haboob I was stuck in. Mine didn’t have a face but the feeling was very much like being swallowed into a giant sandblasting machine.

Today I am out in the Mojave Desert. No haboobs just a very hot sun and a few random dust devils.

I can imagine your thoughts when you saw something like this.
This one was a terrible experience watching it on big screen back in 1999

As long as haboobs don’t bring scarabs, and in Arizona’s case, rattlers, I’ll be fine.

Usually you can see them coming from a long way away. In this case I was working at the base of a small mesa on the edge of Monument Valley. Saw what looked like a plume of smoke billowing up the other side. Fortunately had just enough time to put my rain jacket on and get behind a sad little charley brown shrub with my back to the wave of sand as it crashed over the mesa. Seemed to last for a very long time not being able to see more than a dozen or more feet. Took me the rest of the day to get the sand out of all the cracks and crevices;)

@Shamrock
Do wildlife alert you before it happens?

For that big Haboob I was in an area that hadn’t had rain in a long time. Only saw a couple lizards and a very sad cow that day. Had another mild storm I drove through the edge of and I biggish one that I may or may not have exceeded the speed limit on in order to get by before it crossed the highway;)

I did have one more storm where I was camping on a juniper covered hill. There were a lot of birds and insects and they didn’t seem too worried but that may have been because the haboob ended up fizzling as it hit the hill I was on.

I have seen birds hunker down and get quiet before really big thunderstorms hit.

1990 in Mohave, CA. the air was a brown and it was night time to make matters worse.

The size of that dust storm makes the one from The Mummy look believable.

Accounts from the 1930s Dust Bowl era in the mid west are pretty crazy. Some of them make the Mummy dust storm look pretty lame.

Hope all these droughts aren’t leading to a dust bowl 2.0!

Was outside in one years ago at a paintball event…

We all put our masks back on, and held onto all ths canopies so they would not fly off…

Only 2 survived, the rest ripped to shredds…

The dust is filling whole space between clouds and ground