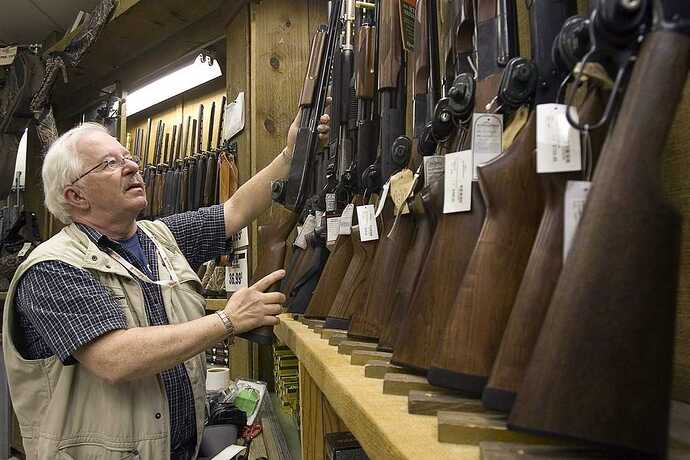 Real people own gun stores. Illinois made it very clear that they don't care about those people.

I heard about that!

Progressives are trying to take our guns!

As Charlton Heston said OUT OF MY COLD HANDS!

COME AND TAKE THEM!!!

The business side is moot, they just infringed on the second amendment! What more do we need to know? They did it, they are going to do it, it’s going to spread like a virus! And we all sat here and watched it happen, a country devoid of law and order just gave the criminals the go ahead to wipe us out! Good luck!

They are going to!

not without a fight
glad I’m not in that state

iF THEY come to take them then it might get really bloody!All can say

Another reason not to live in Illinois

Don’t have to come and take them

Remember the phrase, “you will be tried and judged by a jury of your own peers”?

Such decisions in a state can reflect their overall general culture. God-forbid we ever have to “use”, I hope my peers are fair and just, but worry about their own biases.

Naive, but a part of me feels obligated to impress onto the minds of others in society, that we can be good people who are calm, civil, and that we’d only ever “use”, if life or limb were in the balance.

“ a person who is equal to another in abilities, qualifications, age, background, and social status .”
I really don’t think they could match this to anyone.

It didn’t have to happen, but it has. So, they’ll just have to Strap in, because it’s going to be a wild ride.

The business side is moot

Not really, my LGS is a multigenerational enterprise that, as far as I know, is the only source of income for the current family members. While the 2A encroachment is paramount we can’t ignore the commercial/economic effects.

The business side IS moot if we fail to address a government that systematically ignores and nullifies our constitutional rights. It will become a state owned business during the socialist transition, then go away completely during the communist transition.

The water is getting warmer little froggys…

Comrade Fat Man seems to be doing his best to drive every other business out of Illinois. Why should gun shops be different?

90 Sheriffs refused to enforce the ban.