Only in Hollywood would one survive a situation like that

I was thinking the same thing. I am not a terrible shot, but me doing that with my Sig P365 is, honestly, probably not going to happen. The P365 is my EDC and a great little pistol. Still, I would likely not be able to replicate that performance.

For years, I have invested time and rounds shooting at 25 yards. I have often wondered if I was wasting my efforts somewhat. Now, I think I shall continue the practice.

“I don’t know who needs to hear this but when a 22-year-old illegally brings a loaded gun into a mall and kills a mass shooter armed with an AR-15 after he already killed three people and wounded others is not a ringing endorsement of our implementation of the Second Amendment,” Moms Demand Action founder Shannon Watts said on Twitter.

She forgot to mention that the attacker illegally brought a rifle into a GFZ, though she was pleased to mention he was able to kill three innocent people. She apparently is angry that a legally armed citizen was able to prevent further loss of innocent life. Not, in her words, “a ringing endorsement” of Moms Demand Action. She is a POS bathing in the blood of innocent lives.

In stark contrast to her disgusting statement:

despite the man’s apparent lack of regard for mall rules, his actions were also praised by Greenwood Park Mall representatives.

“We grieve for the victims of yesterday’s horrific tragedy in Greenwood. Violence has no place in this or any other community. We are grateful for the strong response of the first responders, including the heroic actions of the Good Samaritan who stopped the suspect,” a mall spokesperson said.

The property group has worked with Greenwood police for several planned security technology upgrades after recent incidents at the mall, including two in which employees were held at gunpoint in the parking lot. These upgrades include license plate readers installed at mall entrances.

So tracking our movements is supposed to protect us? If the vehicle belongs to a known felon, what are they going to do? Was the attacker a known felon? I see no value in monitoring who enters a parking lot. It is one thing to be seen in public, it is quite another to gather personal information on everyone going there. What are they planning on doing with the collected data?

Despite the man’s failure to follow the mall’s code of conduct, Greenwood Mayor Mark Myers said the man saved lives.

They keep forgetting to mention the attacker also did not follow the code of conduct.

He had resigned from his warehouse job in May.
Police were told by family they believe he’d received a notice of eviction.

Now he received his termination notice.

Why did he bring a gun shopping, in a specified gun-free zone? Hmm, not so good by definition. What if he was there to shoot people?

Answer, why, because he apparently wanted to/did not want to be disarmed. He clearly was not there to shoot people or he would not have stopped at neutralizing the threat.

For many [gun control] advocates, if a firearm is used to do evil, it’s apparently the fault of the weapon. But if a gun is used to stop the act, that implement earns no points. Nor does the person who rightfully employed it.

Quotes are from Why We Can't Have Nice Things: 'Good Samaritan' Who Saved Indiana Mall Goers Is Denounced as No Hero – RedState 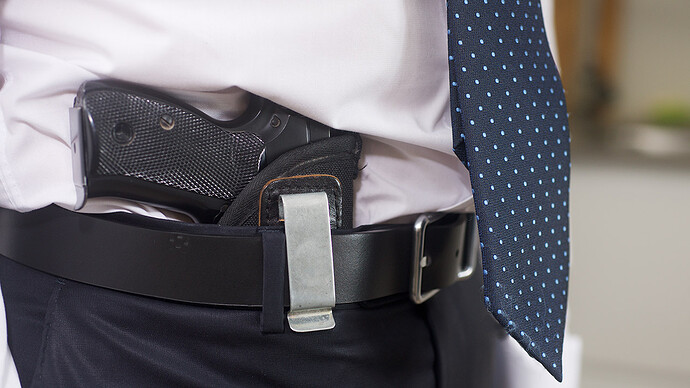 Firearms groups and experts weigh in on the media coverage of guns in America following an Indianapolis mall shooting that was halted by a "good Samaritan."

Great comments in this piece. In the final paragraph:

“I think this situation is really the epitome of why responsible owners, if you’re going to carry, get training. “

Yup, get training, as much as you can at a local range or school. We’re armed but not “responsibly armed” if all we do is buy a gun and shoot at bullseyes.

If liberal democrats’ response to this incident

This came up on the news the other day and one of my left-leaning friends immediately went on a tirade about how this proves that no one needs an automatic weapon, because the man who stopped the shooter didn’t have one.

He quickly changed the subject.

While this Good Samaritan deserves every bit of praise, and while people should train hard at all sorts of distances, and while fighting a mass shooter may be the best step to survive in SOME cases… generally, distance is your best friend against bullets, and generally, a rifle and body armor outgun a compact 9mm. Choose wisely.

Generally, these shooters don’t have body armor, for what it’s worth (this one did not, either).

San Bernardino, Aurora CO, Buffalo NY… unfortunately it is a trend. If you see a rifle on a bad guy, assume body armor, assume center of mass shots ineffective.

Police later found that Gomez was carrying a handgun. Ison said Gomez had no chance to pull his gun and defend himself.

Joy Nayhar and Whoopi will be all over that tidbit. Have my CCDW but am taking my first Defensive handgun class tonight. Hope this heatwave ends soon so I can take more classes.

10 shots with 8 hits at 30+/- yards, under stress. That’s some real shooting. Time for me to move the silhouette out a ways

Sounds like an idea for the upcoming months practice challenge!
Where’s Todd?
@Todd30

22” by 11.5” NRA 50 foot target. Who’s the math wizard who could equate that size to shorter ranges that would equal a full size target at 30 yards and 40 yards? 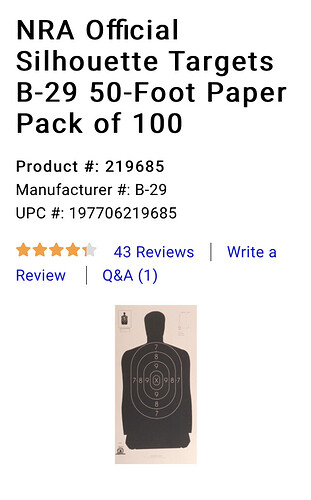 Use smaller than what you think you need so if you ever in the spot, it’ll be a large target than you’re used too.

I’m good. I’m not limited to short distances where I practice.

Sounds like an idea for the upcoming months practice challenge!

I am going to the range today! I have many ideas for this. I see 20 no hit targets with one target in the midst of all the targets spread out from 20 to 40 yards. A variety of Charlie targets, bravo targets, and alpha targets. Sounds like an IDPA competition! 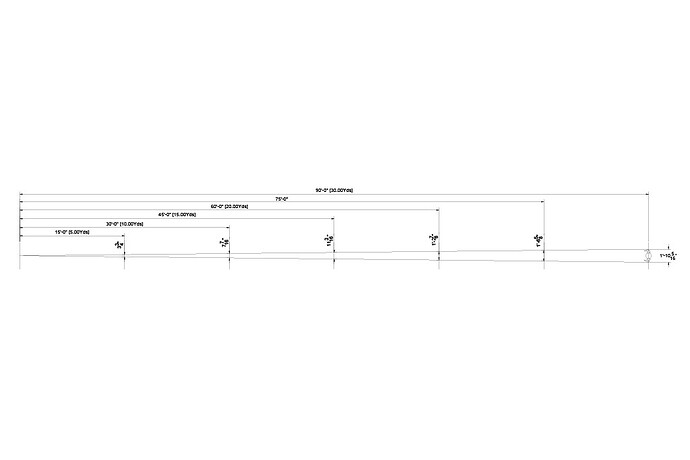 That suggests hitting at 7 yards with a 2" - 3" spread should enable you to hit at 30 yards the target size you are indicating, with room to spare. I will need to test that out next time.

I don’t know who that person is, but if I am to guess at what you are referring to based on context, I will throw out an analogy I like, RE: Carrying a concealed handgun and still being shot/killed by a criminal:

Think of it like a seat belt in a car, or an air bag. Giving you better odds and more opportunities to survive/avoid injury, is not a guarantee. You can carry a gun and still be killed, you can wear a seat belt and drive defensively and do everything perfectly and still be injured or killed in a car accident. The fact that that could happen doesn’t mean taking those steps (carrying gun, wearing seat belt, etc) are not valuable

I don’t know who that person is

He was the first person killed, he was walking into the bathroom as the killer was walking out. Presumably never had a chance to react.