BTW, I am old enough to remember AG of the US (Eric Holder) encourage state atty’s not to enforce “some” laws. Ron DeSantis is definitely presidential material.

Good on DeSantis. Until law abiding citizen stand up against this BS,libal wokeness, it will keep happening.

The law abiding citizen needs to understand, that not enforcing SOME laws on ALL people becomes not enforcing ALL laws on SOME people. There are examples of it.

" On Wednesday, DeSantis’ spokesperson, Christina Pushaw, warned on Twitter that there would be a “MAJOR announcement” by the governor Thursday morning.

“Prepare for the liberal media meltdown of the year,” [she wrote]."

He’s getting my vote!

When TR was police commissioner, he famously fought against New York liquor laws by enforcing them. The laws were quickly changed once they were enforced. That’s how the system should work.

If TR saw the laws this sorosite refused to enforce, he would have a fit.

will do NOTHING… because they’re a part of the problem!!!

This reminds me of when President Ronald Reagan fired all the striking air traffic controllers in 1981.

This happened when I was on an IFR flight plan coming back from Florida. We were near Du Page, IL heading into some solid IMC between there and Waukesha. Because the controllers had been fired, we had to circle for about a half hour before we could get clearance into the instrument conditions. A minor inconvenience, but multiply that to a larger scale across the country, and you can see how the illegally striking employees were endangering safety and commerce.

Reagan had warned the striking controllers, gave them every chance to come back to work, reminded them they, as federal employees, were breaking the law. They refused to come back, and all 11,359 of them were terminated from federal employment.

THAT is how you handle government employees who are violating the law.

Bravo, Gov. DeSantis! You took a play right out of Reagan’s playbook!

Now Warren claims DeSantis has no authority to remove him and he will continue to work (and subvert justice per Soros’ command). Unbelievable clown.

And thanks to Tucker Carlson for reminding us about this. 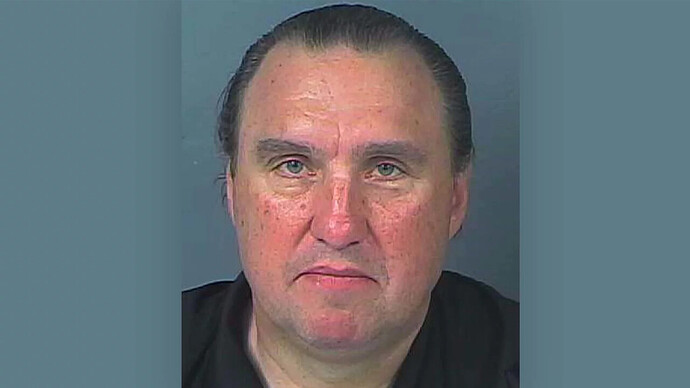 The Florida megachurch pastor who made national headlines for holding crowded services Sunday has been arrested Monday afternoon for defying government orders amid the coronavirus pandemic, Fox News confirmed.

Thats not the point. Warren’s view of whats criminal and whats not is inverted, not to mention, contradicts Law.

Thats not the point

Right. It’s a separate point. Distortion of the facts by Fox News.

Pretty simple, really… Enforce the laws on the books. Thats the job of a State Attorney.

If you don’t like said laws, go through the proper procedures to change them.

“Duly Elected” or not, if you don’t do your job, you deserve to get fired…

I’m from the Tampa area and Warren is doing his best to become another Gascon (the prosecutor for Los Angeles county) and let the criminals run rampant while decent, law-abiding citizens cower in their homes. Fortunately, we have a governor with the balls to stand up for the citizens who reside in his state and who also believes in our constitutional right to defend ourselves.

I think as a politician, DeSantis would miss a serious opportunity if he doesnt suspend state atty of Palm Beach Co. Who is same as Warren just keeps lower profile.

Alexander18, it was also published that Holder should be removed for such comments for it is…" “nonfeasance” (failing to do what ought to be done) & “malfeasance” ( illegal or disgonest activity by a public official) . ‘THE TIMES-UNION’ March 4, 2014.
So you are correct that Holder said such damaging comments. But the rest of the story is being sikenced when that is all you post.

He needs to stay in Florida. We like him here.

Trump 2024, DeSantis 2028
Trump is the only way out of our Leftist Marxist Dem nightmare.