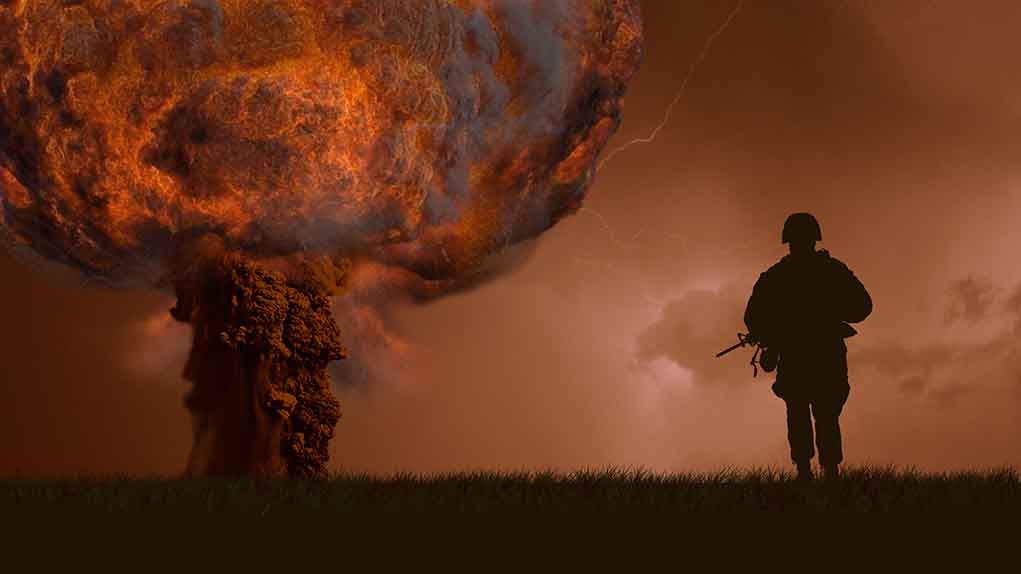 I mean, it’s possible. But I wouldn’t place your bets based off one speech at the UN.

First off one must ask, When I win, What are the spoils. Russia and Ukraine have minerals and Ag so there may be a trophy there. However is that trophy large enough to pit giants against giants, I doubt it. You may notice I’ve ignored the Human/Humane part of the argument, I have, in these kinds of conflicts human suffering is actually a weapon, the more we make the huddled mass suffer the more successful we are at convincing the government s to surrender…

Wars and rumors of wars

Finland" President, Sauli Ninisto, Has known Putin for a long time. He put it in poker terms. Putin is all in. Putin has been isolated and his advisers are hawks.

Russia (Putin) has definitely been flexing their muscles for a long time. Everyone is watching Ukraine because it borders the EU, but Russia has been slowly & steadily recapturing former Soviet lands for decades.

Is there a group which is more interested in frightening people than the UN?

Iraq invades Kuwait and military action is made.
Russia invades Ukraine and now its whoa, its Russia!
Backed by China, Iran, and on.
The NATO representative from Russia stated that the United States cannot declare themselves neutral when they are supporting Ukraine.
He stated the United States and others!

The U.S. led alliance had fun kicking Sadaam’s Stalin-esque moustache, but Russia does (and should) give nations pause. That wouldn’t be nearly as much fun. It would look a lot more like a real war than a Joint desert exercise. And Russia, like it or not, wields a great deal of influence in a significant part of the world, so things would get messy even if we won.

By the same token, no one really wants to fight the United States. Russia will talk a big game, but they are having enough trouble fighting a small state next door. How would they fight a superpower an ocean away? And China talks a big game, but we’re their best customer. What other nation is going to buy such massive quantities of the utter junk they spew from their sweat shops?

The great irony being the UN has been in large part a large part of the problem (sic). Based on the food shortage estimates I’m hearing and possibly up to 1B people in food crisis, I don’t doubt there is going to be unrest. But never forget that this is intentional – the globalists and environmentals have deliberately and systematically brought these people to the brink of starvation to “save the planet.” But at least that little Swedish girl can feel better about killing millions of people to ‘save the planet.’ The horror.

Well, yeah, if you can convince people the sky is falling, then you can justify a lot of awful stuff. We saw some extreme examples of that in the 20th century, but even people in first world democratic nations study the art & practice of panic.

If a person was to utilize the bible for what is going to happen, then the outcome of the future would be known, and a person could be prepared.
There is widespread panic on the earth. There are great earthquakes. The sun becomes black, and the moon turns bloody. The stars of heaven fall. Mountains and islands move out of their place. Kings of the earth, great men, rich men, chief captains, mighty men, everyday men are hiding in the dens and rocks of the mountains. They are running to avoid the wrath of God.

If only I had the power of “the snap.” Ha ha… But 12 years may be optimistic at this point.

What worries me is that most of the developing world is eating what has already been harvested and we know there’s not enough food coming in to support future needs. And that this was deliberate. Globalists have systematically stymied farming in many locations, especially by limiting the use of fertilizers, in the name of climate change. What happened in Sri Lanka is coming to many developing countries this year. I’m sure all those starving people are happy to help with climate change.

And the escalation continues.