And she is planing to run for Governor

Yes, issue of CWL in FL is the business of FL Dept of Agriculture.
Come to think about it, it makes as much sense as having this individual, who has had nothing to do with Agriculture all of her life, in charge of the said department.

Recently applied for a non resident FL cwl. She runs a loose ship… seriously, it’s like no one’s home.
Wife and I did pretty much knock FL off our retirement destination,mainly due to heat and water quality, but will keep a close eye on this governor’s race. TN and W VA still looking good.

If she is elected Governor… anyway, this latest extra-judicial act is consistent with the pattern of hers.

Perhaps she should stick to her department and answer the darn phone…Freaking unbelievable. I call, hit 6 prompts, and get hung up on. Message, number 34 in line. An hour later, 27…
Sounds like a pretty drastic switch from DeSantis, and I wish her all the worst.

Still blaming Trump. Wondering if these 22 folks are found guilty of anything. Must be very proud of herself.

Pinheads of the world, UNITE!! Opps. They already have…

Interesting, seems no due process. Being accused of “involvement” vs charged and convicted of a crime does not seem like due process at all. I hope the folks in Florida keep an eye on her.

Thanks for getting my day off to a head banging start

I have to admit, I don’t know that much about Nikki Fried, but doing a little reading about her this morning, she doesn’t strike me as much of a Libertarian. This tweet from her, invoking the “white male” disparagement in particular puts her into the woke left category, in my opinion.

So what are we gonna do about it? I’m sick of writing letters to my “leaders,” I’m sick of “recounts” and “audits” and “promises”

Where the hell is the GOP leadership? Where’s our new Ronald Reagan?

I’m so sick of this game. The Left continues their march all over us, and we do nothing but whiiiiine in forums. Where’s the lawsuits?

WHERE ARE THE PROTESTS? WHY are we not in front of Fried’s office, plackards, torches, pitchforks, rope and tar and feathers at the ready?

We’re never gonna win unless we Alinski them.

Yeah you heard me. Enough with the polite, it isn’t working against a generation or two of brainwashed fools courtesy of our Public Education System.

She is in campaign mode, wants to be a Gov. Racist, sexist bigotry and lawlessness (as long as she follows the extreme left agenda) can make her very popular in the parts of FL with most voters. 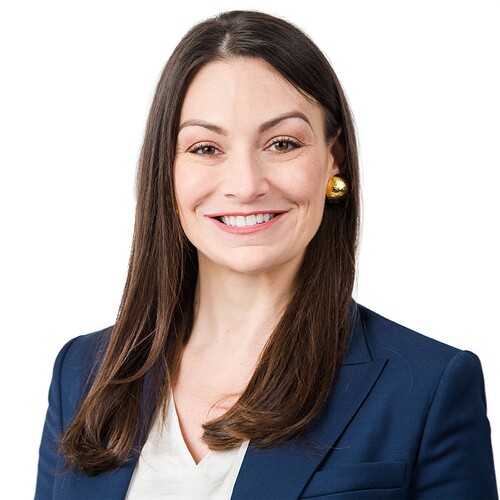 Florida Secretary of Agriculture Nikki Fried campaigned that she would come after gun owners that weren't eligible for have guns - or other things.

I usually try not to call names but, whats the old saying? "if the shoe fits…

Would there be any uproar here if the carry licenses of the people involved in the BLM/Antifa “protests” in Portland etc. were suspended?

I know, I know many of them likely don’t have permits (but some did according to reports) and I’m pretty confident Nikki Fried wouldn’t go after the ones who do. And yes Democratic politicians let most of those violent protestors off the hook for nonsensical and selfish reasons.

But if someone is formally charged with violent actions should they be able to have access to their firearms and right to carry before they prove their innocence? Assuming due process is being followed which unfortunately seems not to be the case for at least some of the Capital protestors. If so would this right to keep and bear arms apply to formally charged armed robbers, rapists and murderers as well?

Agree that it is ridiculous for the department of Agriculture to be in charge of permits and that this woman is far more concerned with playing politics than doing her job or keeping people safe.

off the hook for nonsensical and selfish

& That’s the key line, isn’t it. There’s more than enough stupid to go around. Riots are riots no matter who does it. However should anyone lose their rights for standing around not comitting violence, watching some other clowns? All that said there’s still not enough evidence to really make a statement

Yes. Hope the real criminals get what they deserve and the stupid people learn to be less stupid without being unfairly punished.

Here is the thing @Shamrock (in my humble opinion). She suspended the permits of people supposedly “involved in the insurrection led by Trump”.

And what were they charged with or accused of?

I think anyone, BLM, Trump supporter, or even crazy liberals should be treated fairly, and given due process. Suspending rights for simply being accused of something seems a bit unamerican to me. I am all about law and order, but also all about every person’s Constitutional rights. Even those sorry, no good scoundrels I don’t agree with.