Fake it, to make it!

The survey results from inmates regarding muggings and ways to keep yourself from being a target. On page 51, first paragraph, it mentions an interesting response from an inmate saying, “he’d break off an attack if his victim ‘has a heart attack and/or seizure.’”

This brings to question a possible defensive option to better equip yourself if you’re unable to draw. So, I am curious of points of view from y’all.

If you’re being targeted and someone attempts to mug you, would it be a good tactical option to fake a heart attack as a distraction to arm yourself or not? Reasons?

Before trying this, not that I could, I would want more than one inmates input.
I don’t think I could do that. I just can’t fake stuff.

I think in today’s society, most thugs would go ahead and riffle through your pockets…

I think situational awareness would be better than faking a heart attack, but if you can’t get away or get to your gun, we’ll, maybe.

Just saw a video where someone did just that. An armed robber came into a bank and someone in line faked a heart attack, grabbed his chest turned around, swiftly drew and killed the assailant.

Brilliant move that he had obviously practiced.

In the vein of “The easiest Target”. Falling on the floor, faking, wallowing around in pain, foaming at the mouth… certainly doesn’t make you the easiest target. Someone out there, I’m sure who started it, teaches women to fall down, lay flat on the ground, if someone tries to take you away and put you in the white van with the snow cones and puppies. We tried it in training, it actually works pretty good…
Guy I worked with, a career scum bag used to laugh at how many of his victims pee’d their pants when he stuck the gun in their face. Seems like that would be a deterrent.

I am not suggesting it, but I have seen someone fake a heart attack to get out of a robbery. I don’t think I could pull it off and would not even try it. I guess some robbers would not want to be responsible for someone dying because of them. 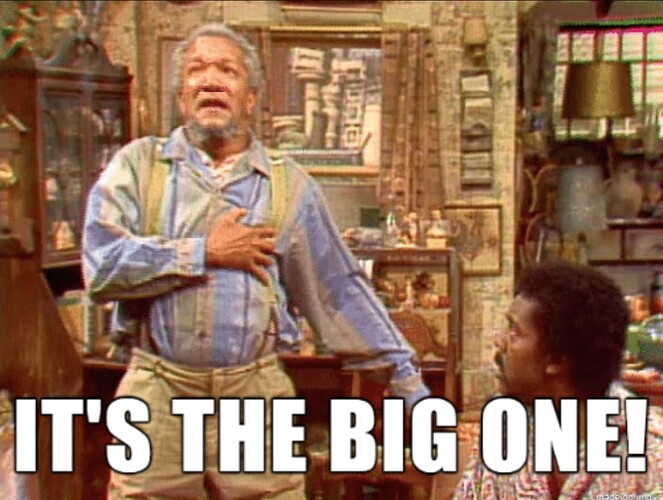 I doubt it would work in every situation but even if the attacker is a sociopath I could see the heart attack messing with their OODA loop. Potentially enough to make a distraction. Think I will add this to the tool box.

Having had a heart attack you would think I should be able to pull off a good fake one but unfortunately I have no memory from just before the attack till 3 days after so not sure I trust my acting skills to pull it off.

I would not consider most “muggers” to be rational enough to make an informed decision based on a tense situation and possible pharmacological stimulus (not to mention the stupidity of criminals).

I certainly wouldn’t be my life on it…