What are y’all opinions on the seatbelt cutters on some knives (I’m sorry I don’t know the technical term)? I’m worried something unwanted could get cut by it.

My Steinbrucke has a belt cutter. If my neighbor ever parks his car with the windows down I’ll let you know how well it works. 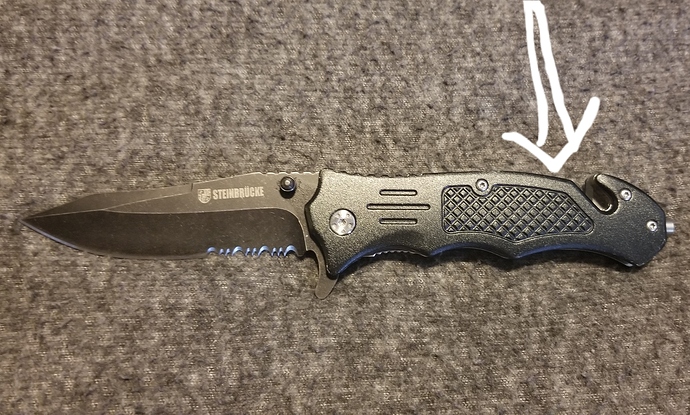 I got it brother Owen,

I don’t know the technical term

@Scoutbob Most of the blades on “seat belt cutters” do not work, not sharp enough and the belt may roll inside the notch. I always used razor blade belt cutters, something like a large letter opener. Or use a sharp blade on your knife. Just FYI the window breakers in the end of the knife are usually to soft a steel to break a window and flatten out. A Tribal LEO came back to the Jail one night complaining a blue streak about 2 of his knives failing to break the glass on a car full of druggies locked in their car trying to finish the drugs before they were arrested.

I have cut many seat belts and broken lots of windows in training and at accident scenes.
I would urge anyone to carry cutters and glass breakers in their vehicles.

It’s called the ‘Seatbelt Hook’ or a webbing hook. Have a look at either the “hook,” or the “safety cutter,” offerings from the Benchmade company.

I carry 4-6 depending on whose car I am in. If it’s mine I have 2 in pockets, one rubber banded to each door. Then I have a tool for windows and trauma shears in my car IFAIK.

Someone else’s car, I have 4 blades 2 in ea. pocket. Trauma shears in my personal IFAIK. Plus my 2 Kerambits and a gun for the window.

You only have to roll up on one car accident where the occupants couldn’t get out. Before you start realizing how important that being able to get out of a submerged car or one on fire is. Those are cars you never forget.

Ya I hear you. I liked the Life Hammer for the outside work, they will break a window with one blow, but there not very easy to swing inside a car, I wouldn’t recommend them for inside.
I remember the news story of a local guy (da UP) who came upon a young woman who was stopped along side of the road who had a fire under the dash and couldn’t get out.
The guy used his hand and arm to break the window. He broke many bones in his hand and arm,
but damned if he didn’t get her out.

I would rather use my hammer. OUCH.

I would urge anyone to carry cutters and glass breakers in their vehicles.

Did some research. I have found some reasonably priced that have good reviews and proof of functionality! I’m going to do a little more research and buy two for me and my wife’s
Vehicle. I think you may have Also convinced me to get tourniquets in another thread as well

Redundancy on this is good. 2 is 1. 1 is none. Always have a back up. Would also recommend an Israeli battle bandage and a chest seal. 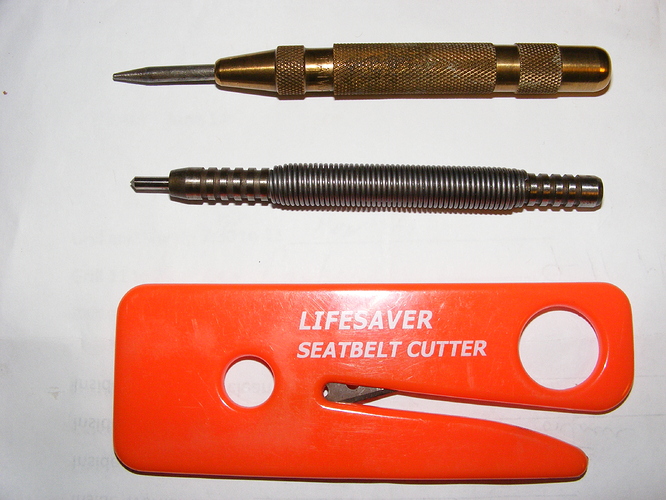 @Scoutbob Here is what I carry in my vehicle.

The top one is a push type, just hold it against the window and push. It’s spring loaded. It does require a bit of pressure.

The middle one is two handed, drivers hold the knurled tip against the window and pull back on the rear knurl about 1" to 1 1/2 " and let go of the rear. Both work well.

This the cutter I described. Check out galls.com the punches are $10.00 and the cutters are $5.00. I would recommend the life hammer for outside, inside requires practice. LOL
If you have any more questions just ask.

I ended up ordering two of these. I saw multiple videos on YouTube where people cut seatbelts and broke glass with it.

That should work, I never tried one, maybe it’s time to update.

Just keep in mind attach it to something. Stuff moved ALOT when you have a wreck.

I had a folding knife with a serrated blade and a belt-cutter near the end where the window busting point was - a very nice looking and probably effective tool. One day it wasn’t there any more - car wash, oil change, new tires - who knows where stuff like that gets redistributed. Anyway, My Mini Griptilion, with its half serrated tanto blade, stays in my pocket while the window hammer tool fits real nice in the door pocket: 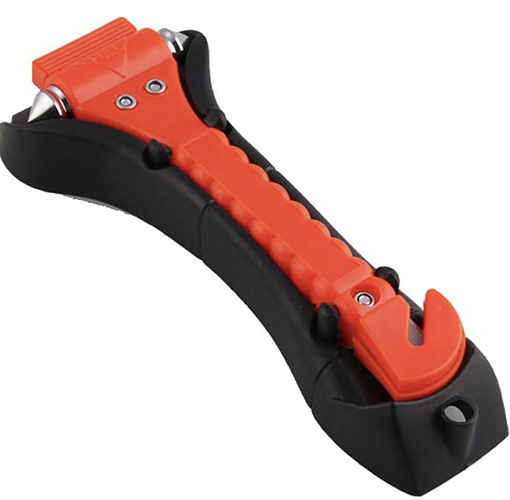 At under $9 it seems to have been around a lot longer than I expected.

I typically carry 3 on me as part of my EDC. ZT Emerson 0630, Smith and Wesson First Responder and my trusty Swiss Army Champion, which gets the most use! 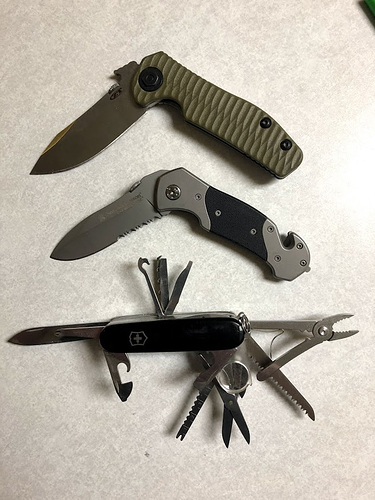 Very nice knives brother, these are mine. 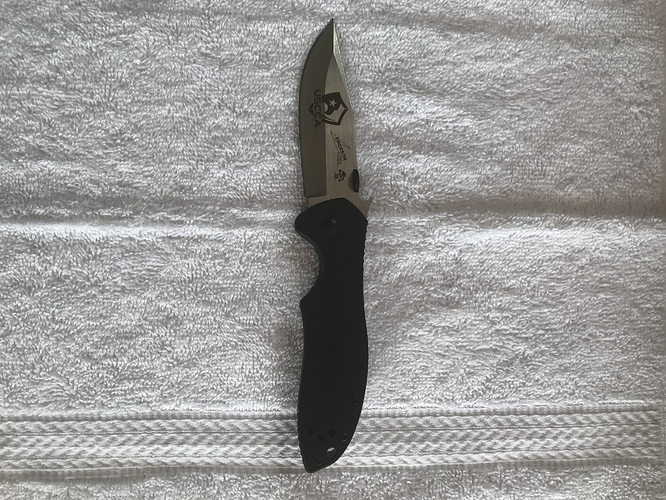 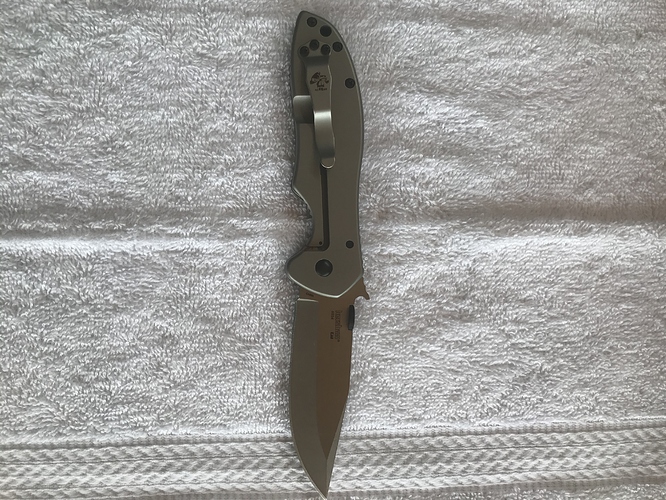 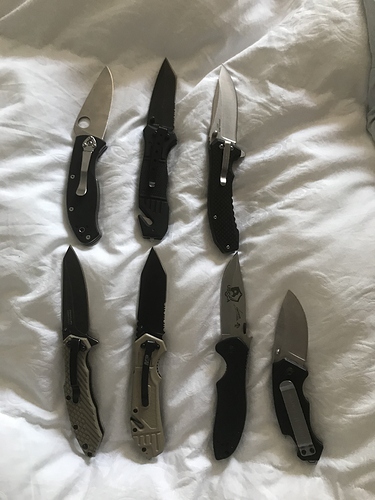 Nice collection! Can never have too many

Let me know which gun she goes with just curious. My wife loves my Ruger LCP II in 380 caliber.