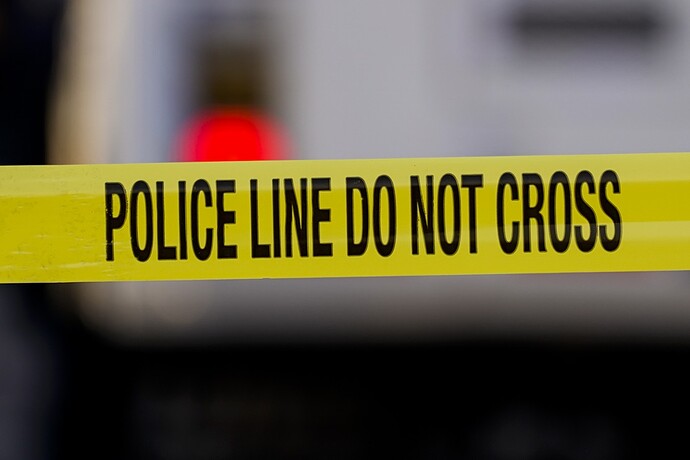 I’ve got a range safety poster from the 1950s on my office wall, and the very first rule is “Treat every gun as it were loaded until you personally prove otherwise.” That fundamental...

Terrible tragedy that by following the most basic firearms rules would have prevented. Sad that it took a life for him to learn the rule. Sad that the deceased had to pay with his life for such foolish negligence.

Oh, it was negligence for sure! You don’t pick up a firearm without checking and clearing it to ensure that it’s not loaded. You don’t point it at anything that you aren’t willing to destroy. You don’t put your booger bore on the bang button until you have made the decision to shoot. You don’t press the trigger until you are sure of your target and what’s beyond it.

Two beloved individuals that were in the sunlight of their lives; two servants that the community will never completely benefit from their efforts of service; two families left to grieve due to needless tragedy. Now one is gone to the grave, from whence to never return again, and the other a prison-grave from whence he will never be the same: two deaths of different kinds, each due to a single result of negligence, and horseplay with a firearm.

This is a tragedy that did not have to occur.

We all want to be proficient with firearms and confident about the actions done with them.
But we should never be too confident and always have respect for every single firearm handled.

I agree with you on that and boy when I was growing up did i learn the hard way about weapons the hard way,2x i walked in to the house with the bolt closed and my MOM kicked me out the back door,and then I learned not to point the barrel at any one when putting the weapon up Mom would hit me so hard that my head almost spun back wards,so that was my moments of learning weapons very painful but it was very a very teaching time so it didn’t
take long to know what not to do

Today, Momma would be put in jail for abuse. Wherein it was simple actively applied discipline rendered from a place of extreme love, care, and concern for you and others. Those that never had it applied to their lives are the ones that get psychology degrees and write books on child rearing and don’t have children of their own. Go figure. “Time-out” never would have worked in my home growing up. It was all about human touch. yes sir!

you are correct about that.
I just said it recently in front of my daughters friends (25 years old) they actually listened. then I had my moment where I seen my grandfather telling me how it used to be and me thinking he was crazy. but, here we are today living how he said we were.

Taking a child’s iPhone, that you bought, as an act of discipline is a criminal offense.

This can’t be true. The police are highly trained professionals. They would NEVER do such things.

In this case, all evidence is to the contrary! I guess this is where we separate the profession from the individual.

And never point it at anything you are not willing to destroy…perhaps a bit of Mr. Barelycorn was involved here…

In virtually every police department the officers in that department know who the bad, stupid and mentally challenged officers are, yet nothing is done. So, one cannot easily separate the profession from the man.

My apologies if any be due, but my comment was germane to the incident that I made comment. I did not paint the situation with a broad brush to include the profession nor the individual, it was purely situational. I would hope perhaps a re-read would bear this out. I specifically stated, “In this case.” If I have erred in communicating this, I apologize.

I can imagine the surprise on both of their faces when the gun fired. It reminds me of a couple I knew years ago. Every time we went out with them and my then-wife, they would drink too much and get into a fight. Every single time. New Year’s Eve 1989, we went out and as usual, they got into a fight and ended up going home early. Apparently the fight continued there and the husband, thinking to scare his wife, got his gun and stuck it to his head. Apparently thinking it was empty, he pulled the trigger, blowing his brains out in front of his wife. She told me my wife later that when the gun went off he had a very surprised look on his face.

Thank you, sir.
God bless you and all connected to you.
Merry Christmas.

. And at the sheriff department in his cruiser

and still on the job

. We all have nothing to worry about