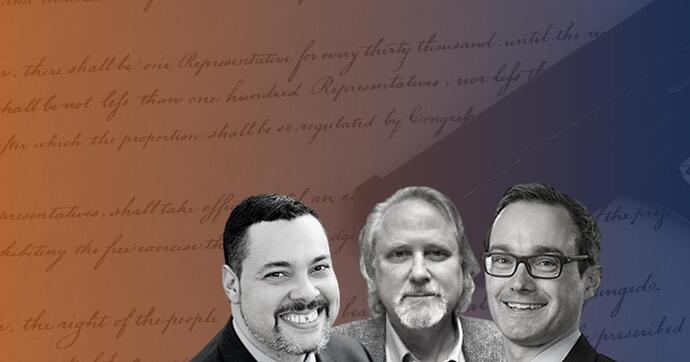 There are lots of problems in this article, not the least of which is having a psychiatry professor weigh in on the Bill of Rights. A couple of things jumped out at me:

“What I worry about the most is that the court will unnecessarily restrict the range, the reach of democratic politics in trying to find those solutions.”

I, for one, do not want politics “solving” who should be allowed to carry firearms. “Unnecessarily” restrict the reach of politics? What I worry about the most is unrestricted reach of politics (and thereby politicians).

“If you have more people carrying more guns in more places, then day care centers and hospitals and other folks are going to want to know, ‘Am I in a sensitive place?’…”

I, for one, do not want politics “solving” who should be allowed to carry firearms

Agreed but we know that right now that’s improbable. How many times do we hear conservative Justices ruled… conservative Justices countered… Our Supreme Court has morphed into another arm of the political system we call Washington D.C. in fact our entire court system has turned into a political game, how many times do we hear this suit was filled in the Federal Courts in Oregon because that court typically rules progressive or visa versa. It would seem that the law of the land really doesn’t matter anymore, it’s all about political ideology on the courts these days.

Agreed. Unless those touting that flawed theory call the Police and need help themselves. And then and only then do they admit that more guns=more protection.

I’ve always said that if democrats received more lobbying money from the gun industry, they would REQUIRE people to own a gun.

This one-sided perspective is getting old.

The far left screams the same sorry arguments over and over. There are no facts to back them up but their feelings rule the day. Each and every win for the Second Amendment only triggers a new round of attempts to infringe on it. I expect to see a win in this case, however, they will craft a new obstruction.

All I ask of this SCOTUS is a sound grounding in " text, history, intent, and tradition." If they follow the historic practice of the law, things should turn out sound. The 1st and 2nd amendments were so because our forefathers(and ~mothers!; pardon me, ma’am.) knew something about their surrounds and recent history.