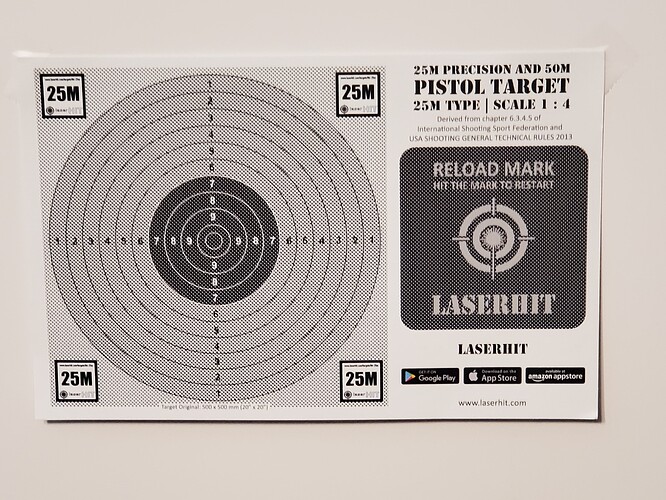 That is some great improvement. Keep it up and you will be at a sub-1 second draw to first shot before you know it.

Good improvement. Make sure you keep it up, as this is a perishable skill. You’d be surprised how far you fall if you don’t practice for a week/month and then time yourself again.

The general internet consensus is a < 2s draw is a good target for civvies, < 1.5s for professionals (think LEO), and < 1s for competitors. Obviously, the faster the better and I think with just a little bit of consistent practice I think most folks can get into the ~1.5s ballpark. 1s draws are a good stretch goal but require a lot of work.

Make sure you keep it up, as this is a perishable skill.

This is very true. In my prime I was able to draw from concealment and get off two shots on a 10 to 20’ target in under 1.5 seconds. My practice has been a lot less consistent over the past several years. I took out the timer a few months ago and found it a struggle to get my first shot to hit my 10 yard 12”x20” steel target in under 2 seconds. Now that work is slowing down I know what I’ll be focusing on!

Laser bullets are a great performance aid — in general terms for non-professional shooters who don’t have the resources for 10,000+ live fire rounds/year (that’s only a couple hundred shots/week, which I suspect is not really shooting for a living). It also makes dry fire way more engaging than just Wall Drill for hours on end.

Speed to first shot and bullseye accuracy are not the only games by a long shot. Shoot to silhouettes, 8" circles, and other targets scaled to various distances practical to set up at home — from in-your-face to wherever bullet drop becomes an issue. Shooting to small targets (think Dot Torture) can build good trigger operation without speed — then developing from slow to fast or easy to hard. Include movement, use of cover, different positions, and other variations which may be limited on a live range.

I suppose one can practice multiple shots to useful effect (but without recoil) with a DAO gun or accessories offered for some SA guns.

A laser cartridge may be the best tool available for off-range training/practice.

(techs), your reply is so true. A laser bullet in your EDC firearm and holster that is used for EDC gives the practicing person the knowledge and ability to be comfortable and secure with carrying. Being able to move around indoors, use furniture, walls and rooms.
Lying in different positions. Doing all this as much as possible during a week to keep your muscle memory.
Then going to indoor or outdoor ranges using live fire to tweak what you’ve been practicing. The only problem for alot of people is finding a range that allows drawing from holster and movement shooting.
I’m lucky I have an outdoor range that allows these practice types just an hour and fifteen minutes away.
The problems been being able to book an area at the range anymore.

The only problem for alot of people is finding a range that allows drawing from holster and movement shooting.

Two minutes out the back door; my rules; no reservations. I know most folks don’t have that luxury (but they might have groceries and emergency services just a few minutes away).

I am amazed at how much the brain and other muscles actually absorb, learn, retain, and translate to live fire from dry practice when it provides the meaningful feedback you can get from a laser cartridge and a phone app. Only things like recoil, surprise malfunctions, and probably a few others, will be completely dependent upon the full “bang”. A computerized, randomized AV, scenario-based, shoot house is probably better — but not for less than $50.