Do you refrain from posting your true opinions online because you fear being banned?

I do, because I fear being censored or banned due to my opinions.

Some people consider my opinions to be extreme, and yet these same conservative opinions were considered mainstream 25 or 30 years ago.

I hesitate to post my opinions on many internet forums now because political correctness has demanded my obedience, under penalty of banishment.

“Do you refrain from posting your true opinions online because you fear being banned?”

No, I speak my mind pretty darn plainly

I hesitate to post my opinions on many internet forums

Then maybe you should leave those forums, what would be the point of being there?

True story, there are forums that sharing my opinions, especially in regards to the 2A, would get me banned or those posts deleted etc.

Nope. If i offend someone thats their problem not mine.

My true feelings are pretty perverted. I try to be civil.

My internet warrior days are long gone. These days glad for the maturity I’ve gained to stick with hobby based forums…
Any political/religion based posts I write are honest.
I could think of worse things in life than getting banned from a forum.
2016, I banned Zuckerberg

The therapist, in Austin, that’s from California, told me not be triggered by the mention of red meat and firearms

I’ll not withhold myself from this opinion:

If somebody is offended by what you said, whose problem that is depends on what it is that you said.

Not all opinions are to be socially accepted.

It’s simply a matter of where the line is drawn (and who draws it).

ALSO, when posted to a privately owned and operated place like the USCCA community, those comments and opinions that are allowed to be posted and remain hosted on the site, do reflect upon the owner/management and will be used to paint broadly upon others as well, and as such, is is understood that that entity may want to limit what is posted to their site as it reflects on more than just the one who posted it

Maybe “They” should be banned.

If you’ve read ANY of my posts you would think I’m letting loose, not a chance. I’m holding back. There are rules here I have to obey, but fire up the grill and I’ll tell you how I really feel. I won’t even need a beer.
The only thing that offends me is the diminishment of our rights and the condemnation of our country and the disrespect that occupies the White House.
My posts are strictly the truth. As family and friends will attest, I’m straight forward, what you see is what you get. It seems a waste of time to beat around a bush when you can plow straight through it.

I refrain from posting certain aspects, because I have a right to remain silent and anything I say CAN AND WILL be used against me.
Life is bigger and somewhat more important than being banned from a site. I hold myself in check because I can be quite passionate about life, family and politics. The snowflakes are the ones with the problem, although they seem to be the ones who can voice themselves more freely!

It is a commonsense situation. state your point without demeaning anyone or displaying anger. Post facts not here say or undocumented facts or facts from a bad source. If someone has a different opinion about it just ask why? or try to find out why they feel that way. It would be interesting why someone feels the way they do! Do not put them down for their opinion and do not try to force your opinion on anyone. You can give them information that may influence them after they have time to chew on the information, but they are not going to just jump up and say your right either.
If you get banned for information, then the forum has a problem!

I was banned from this Community 2 years ago. By my own admission, I had gotten very angry about what was happening in our Republic. At the time, I was arguing with some liberal members and I lost my temper. I got the ban hammer.

I reached out a few months ago to be readmitted. The current moderation team very graciously gave me another chance. I am trying to not be confrontational or angry with individual members. I enjoy being here and I must remember to follow the Community rules of conduct. I am not having any trouble this time.

Brother @Virgil_H
I for one am glad you are back.

Sometimes -often- I won’t post what I’m thinking because it unnecessary or isn’t particularly helpful.

A fool does not delight in understanding, But only in revealing his own mind.(Proverbs 18:2 )

When there are many words, transgression is unavoidable, But he who restrains his lips is wise. (Proverbs 10:19)

Rules to Consider before pressing the send button

Is it Kind?
Is it Honest?
Does it Need to be said?

Thank you brother, I appreciate that. You are one of the very best guys in our Community. You’re the best! 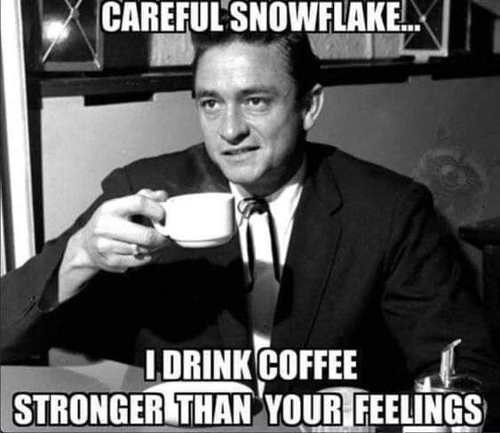