Democratic majority (you can't make this up). 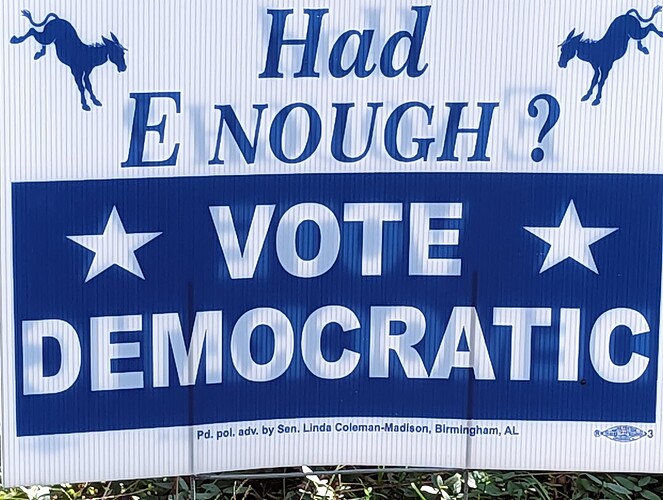 Democrats have the majority in the House, the Senate and the Presidency, yet they are trying to position themselves as the maverick outsiders.

All of the power and none of the accomplishments. Total sham.

Was a campaign video for Beto in Texas. Who thought that was a good idea

Their party is Democrat, not “Democratic”! There isn’t one damn thing democratic about them. And thank God, America is a self-governing Constitutional Republic, not a Democracy. No, “Democracy” is NOT on the ballot. FREEDOM IS!

As the logo implies - Just making an ass out of themselves! 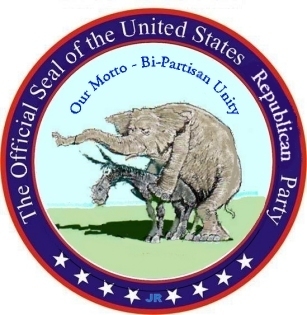 Their party is Democrat, not “Democratic”

Actually, it is the Democratic Party - DNC (Democratic National Committee).

Apparently we have not had enough yet as the election results would indicate.

Some months ago, I warned about the GOP’s uncanny ability to snatch defeat from the jaws of victory. I’m not taking the blame for this one, just adding it to the long list of times I’ve been disappointed by them.

(That said: they might still win one chamber or the other, but they seem to have grossly overestimated their supporters.)

I have been very disappointed with U.S. news organizations (no surprise) on the election. Their websites are very confusing and aren’t presenting info in any way that makes sense. As usual, they’re just looking for click-bait headlines.

BBC actually has one of the best breakdowns that I’ve seen.
US midterm elections latest: Georgia Senate race goes to run-off - BBC News
As of right now, here’s the summary for the Senate. It’s comes down to the following 3 states:

With margins to tight to control the Senate, expect some shenanigans and more requests for donations.

They like the sound of democracy. But nobody with a brain would choose a real democracy.

All that means is if you have something I want, all I have to do is team up with a neighbor so we can out vote you, then just take it. All nice and legal. Because you know, democracy.

Sadly, there are too many people who believe the last thing they saw and have no idea of what party currently holds legislative power - their votes count just as much as all others. The politicians know this, and most count on it.

I cringed every time I saw the recent add for a U.S. Senate seat; the Democrat candidate said something to the effect of ‘…Washington has made it too hard for families, this has to change…’.

He must have had a hard time filming that ad with a straight face, but he knew a large share of voters would believe they must vote for him to make their future lives easier. He successfully unseated a 25 year Republican incumbent by a fair margin.

I fear far too many voters have no problem picking candidates based solely on names they recognize from ads they’ve seen the most. No one does their homework anymore.

Actually, it is the Democratic Party - DNC (Democratic National Committee).

That is the actual name, Dave is correct, but they can call it whatever they want, I agree with “Tree” , nothing democratic about them.

nothing democratic about them.

I agree with that. Reagan was the first, as far as I am aware, to label the DNC the “Democrat party”. He stated as you did, that there is nothing Democratic about the DNC.

I fear far too many voters have no problem picking candidates based solely on names they recognize from ads they’ve seen the most. 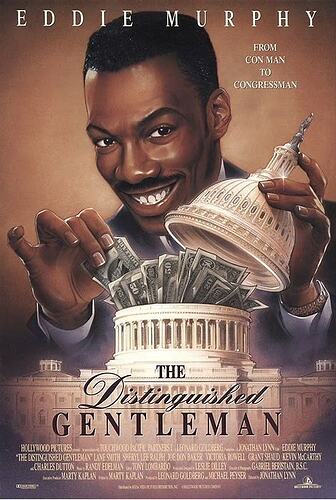 I was just talking to a friend about that.