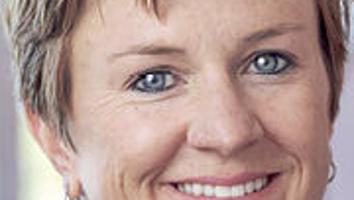 Only four petitions citing the law have been filed statewide since it took effect in May 2020, according to the Administrative Office of the Courts.

Those “wild” claims that red flag laws are actually about gun confiscation? Not so far fetched. How soon will “own a gun” = “threat to oneself or others” by definition?

The comments on this one are a worthwhile read, btw.

EDIT: Added the non-truncated headline to highlight the “underused” portion of her statement.

Outside of the obvious problem that the person whose guns are confiscated is presumed “guilty” based on the allegations of a single person and is required to go to court to prove his or her innocence to a judge (versus presumed innocence until proven guilty, which is, and should remain, the standard in this country), the law specifically shields the reporting party from civil or criminal prosecution by anyone. This opens up a potential free-for-all for malicious reporting by scorned former lovers, vindictive bosses or co-workers, and many others who might have a petty vendetta of any sort against a lawful firearms owner.

Moreover, there is no specific rule or instructions in the legislation about how a person goes about recovering their firearms after confiscation, and law enforcement authorities have said that there is a good chance that confiscated firearms may be lost or displaced during a year-long lockup.

This is yet another Bloomberg gun-confiscation initiative that was passed by a state legislature and supported by a handful of useful idiots who gather under the banner of “(Insert concerned-sounding-but-sympathy-inducing party) Against Gun Violence” chapters created and funded by Bloomberg in any state. People will do anything for free cookies and soft drinks and an audience to regale with tales of Ain’t It Awful…

Pay attention to these laws, and the precedents they set, as they will soon be popping up in legislatures all across the nation. These soft confiscation laws, and nuisance statutes intended to bankrupt firearms owners through required licenses, training certificates, insurance, etc., are the new tools of the anti-2A crowd.

Bloomberg’s strategy is that only the wealthy and the elite will be able to afford protection against crime. Because Blue Bloods never commit crimes, of course, and even if they do, it’s always in the best interests of the little people, who are simply too ignorant and angry to understand the true genius of the Aristocracy.

Their crimes are far more damaging to the citizenry and society as a whole, than the smash & grab or stick up of a Circle K. Because they can afford to abuse the judicial system to avoid any real penalties; which disenfranchises the non-elites to the system.

they can afford to abuse the judicial system to avoid any real penalties; which disenfranchises the non-elites to the system.

And how many people looting the Nike store last year did you see prosecuted? Although, admittedly there is the argument that those individuals were merely tools run by people higher up, i.e. blue bloods, so back to your original conclusion.

little people, who are simply too ignorant and angry to understand the true genius of the Aristocracy

I laughed. There is a French saying about an Aristocrat taking 40 generations to become degenerate. Some of the folks that count themselves as “elites” in America are both 1st generation “elites” and 1st generation degenerates, you can use any news source to find examples.
Specifically about Red Flag laws - it is my opinion that anyone who truly deserves to have their guns taken, deserves to be arrested or committed on the spot. But hey, I cannot come to terms with releasing arsonists and rapists from prison because Covid or because spent all their cash on meth.

Absolutely correct @Mr.Plastic!
This DA is also one of the many that Soros backed in cities across the country. All of these DA’s are highly selective in prosecutions they will persue and have a hardcore liberal agenda. In their narratives violence is always associated with guns, not rioting or looting or arson or assualts or any activity normal people would call a crime. This is just another of the many ways to buy votes. That’s why Bloombergs minions concentrate on the urban areas where the votes are and they are easy to buy.
Until there is a real coalition of pro 2A organizations and individuals to counter the inflammatory crap coming from the anti 2A crowd, nothing will change. We’re not going to riot and burn cities. We’re not going to roam the streets looking for victims to assualt and rob. We won’t be burning the flag and tearing down statues. I guess we care too much about this country and the rule of law to see it torn apart. The anti crowd has no problem with any of this and more. This is the message that needs to be constantly echoed to every worthless politician, big mouthed celebrity and low life billionaire that shows their contempt for this country. Do like many of the Dems proposed and confront them everywhere they go.