Crabs are our friends

In the past, all you can eat crab fund raisers were looked forward to in my landlocked neck of the woods. I could not only support local charities but I could get my fill of crab. Crab could also be found on sale
for around $7/lb and was the star of many of our Super Bowl parties.
No longer. Inflation put the kibosh on that, and I’m truly missing my crab fix.

Now the problem with all you can eat crab fund raisers is that it will spoil you.
i mean what’s the point of making a trip al the way to the coast and going crabbing if you can simple buy some dinner tickets and get a tax receipt to boot?

Well, going crabbing is fun, as much fun as eating them.
I came across this youtube this morning and found it inspiring
[VIDEO]Fresh Dungeness Crab Catch Clean and Cook - YouTube

I believe an outing like this will become an annual camping trip for us.
​​​​​​​I—must—have—my—crab!

Well, going crabbing is fun, as much fun as eating them.

Takes me back 65 years maybe a little more when my Dad would take us crabbing on the Hudson River. Stop at the chicken store to get a sack of chicken heads for bait and come home with a bushel full of Blue Claw Crabs. 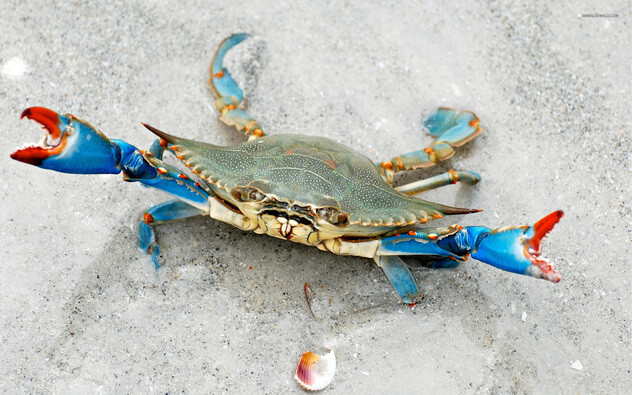 Yaaaa, I don’t see the attraction, my idea of “surf and turf” is Venison and Brook Trout.

Good memories. There was a lot more home cooking around the holidays.

Iota of good memories. The were beaver pounds near our hunting cabin that were loaded with brook trout. There always was deer meat on the table the first day. Wow, oh boy * delete delete delete. 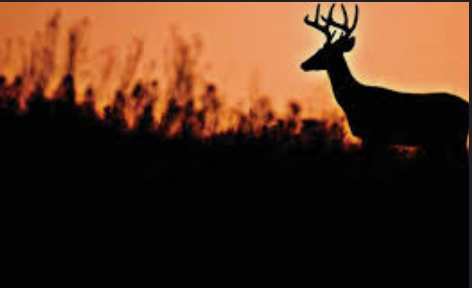 There was a lot more home cooking around the holidays.

Now you got me drooling on myself! 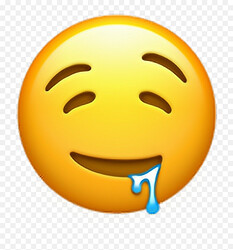 @George98 >> yep Mr. George, I love to cook, drink and listen to music, thats why I made the topic “ music to cook and boogie “ & “ tips and tricks for cooking. Mr. Chef Todd gets me going.
PS: the Drinky winky time is getting earlier but it’s heathy cause I always put fresh limes in my drinks.
And if that’s not enough “” BAM “” 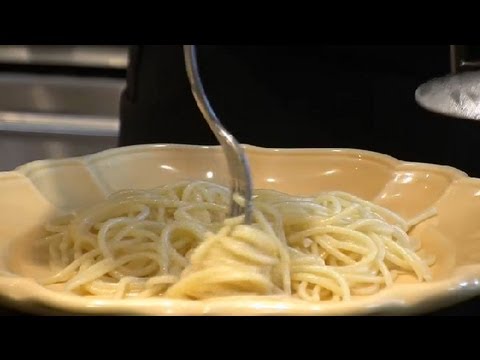 some processing plant upstream around Hercules Ca. was blamed…

Contamination has caused the transplanting of shelf fish from polluted areas that they seem to thrive in to clean water. Once they are in clean water for a specified time they get and must have a heath tag and can be sold and eaten. I was also surprised to find very big Blue Crabs in brackish water. It seems the salinity
Stratifies and they can find a happy place. While fishing in the rain with my Son i continued to fish with cut bait under a bridge. I kept getting hits that felt like a eel that turned out to be a behemoth Blue Crab that came after us like a raging Bull.
PS: I’m a spaghetti bender and IMO, Blue Crabs make the best sauce on this planet, Hmmm except for may be fresh white clam sauce and Shrimp Fra Diavolo.

PS: I’m a spaghetti bender and IMO, Blue Crabs make the best sauce on this planet, Hmmm except for may be fresh white clam sauce and Shrimp Fra Diavolo.

I always believed my father when he said that most people eat to live. Italians live to eat!

I like other foods too but, I was brought up on something’s that create magic when they are combined.
PS: deleted some stuff, hard not to go down memory lain and get off topic.

San Francisco 2013. 1979, I came THIS CLOSE to becoming a “faithful fisherman” in the Mooney’s (rev. Sun Yung Moon, the cult) SF fleet, but fortunately escaped the commune in Booneville, but missed my sailboat trip to “snowy” Chile…Maybe a good trip to miss

.
Gorton’s of Gloucester… Mooney’s, at least back then… 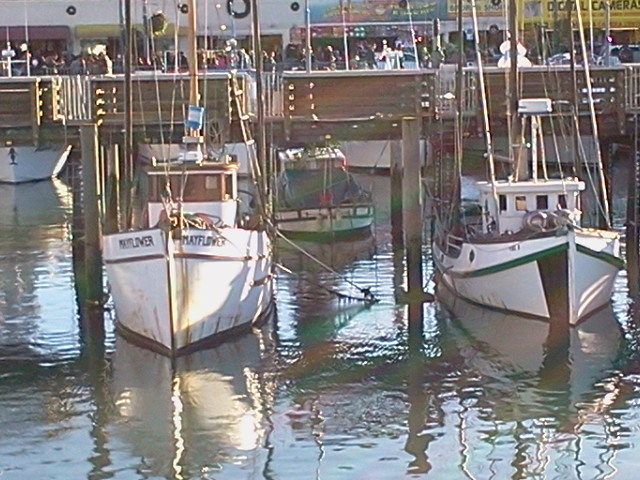 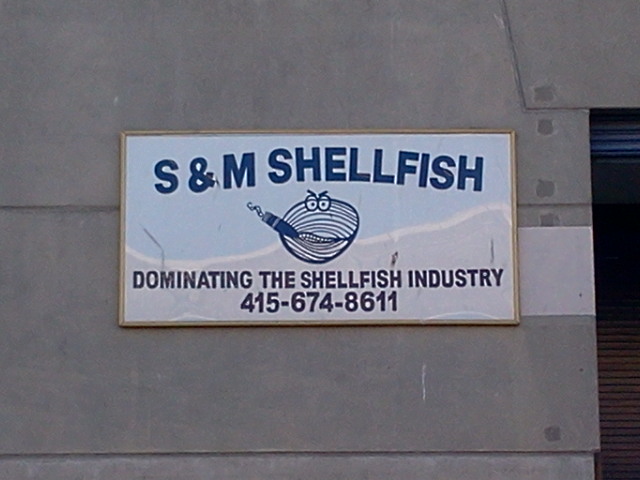 I live in Louisiana and am very used to having seafood on a regular basis, including crab. Tried to get some jumbo lump for easter for crab cakes, a common appetizer around the house for the holiday. It was running $80 a pound!! Needless to say we went a different direction, we had a crawfish boil since live crabs were almost as much. Now I am no political or financial expert but when I heard it was Putins fault because of the war, I called BS on that. Unless the russian fleet sails into the Gulf of Mexico, I am going to put my little Brandon sticker with his finger pointing at my seafood, because ‘he did that’.

My Son always wanted lobster for his birthday and when I was in the money I would get a pile of em right off the boat. Boil some and split some open, and stuff them with what we call Italian bread Crumb stuffing and bake them.

I apparently was spoiled as a child, though most people would state I was poor, but I got sick of eating clams, bay scallops, crab, lobster, and most fish, by the time I was a teenager. My father was a bayman, and my uncle would have crab fests every weekend during the Summer. My father would trade clams for lobster with a friend of his, and as a young child I took my bamboo pole across the road to catch “snappers” (baby blues) in the creek in the Summer. We also fished a lot of Weak, Flounder, and anything else we could catch in the bay. The Fall/Winter season brought scallops, too many to enjoy after a while. All the seafood I ate as a child, I can’t stand eating anymore - had it far too often.

@Mike164 @Dave17 : kinda me too but not with shell fish. Use to catch a bunch of Snappers fry and eat um up like potato chips. Bigger ones I use to stuff and bake. They were good for cut bait or Live line for blue fish or Stripers.Now My State has a 3 or 4 limit on them. I haven’t gone Blue fishing in years but my Friend and I were Blue Fishing in our 18 foot
Old town. That time I had broken ribs from a fight and I had to lay on my back to real the fish in, got to love it, oh the pain, but it was worth every screen and yell.
PS: just made it back to the hospital in time for my Sons birth, yep I’m here, push, push.

@Blacky
I also used snappers to catch big blues and stripers. I fished off the rocks and me and my partner Elliot had a 15 foot bay liner with a 50 HP motor. We caught so many back in the days. But as far as blue crabs we scraped them of the bridge pillons with a net.

I lost my Italian language skills many years ago but kept the palate.

As far as seafood; Born and raised on the banks of the Hudson River before it was polluted. Later in life Stationed on Narraganset & Chesapeake Bays. Blues, Stripers, Flounder, Weakfish, Snapper, Tommy Cod. Oysters, Clams, Crabs caught or dug. Lobster was fresh off the boat in RI and affordable (barely) in the early 70s. Best fish I ever ate was boiled Cod straight off the boat in Iceland. Worst seafood was Sea Urchin in Sicily. This reminds me that the Crappie are biting in Illinois. 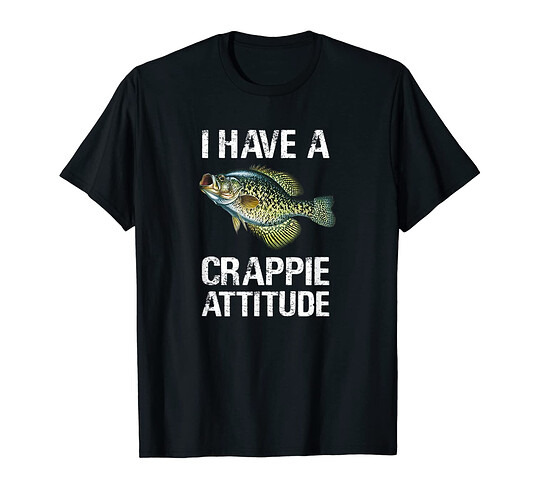 Speaking of Sea Food, I spent the bigger part of 2019 in southern Louisiana, those folks Love to cook. Now, back in Salt Lake sea food just isn’t the same.