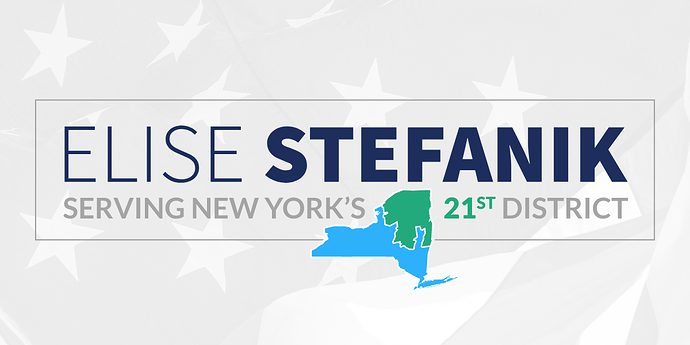 …and few more times… as it is required to make a post.

This looks like a good idea if properly promoted. Nice that they built in some protections for firearm owner privacy. Though I don’t trust the government to not violate the laws and illegally track people.

Who would have known. when we were just kids, that political science would be so important to us as adults, from roads, infrastructure, health care, to firearms,

Encourages me to support our youth as to why good grades are so important, so they learn bout life.

How so complex, I noticed at least two Bills, one D sponsored, one R. Makes me wonder if they can work together, combine both Bills, or the best of both Bills.

One smarter item in this above R Bill, is it offers tax incentive for “training”, and adds a privacy clause; Cool. It’s also supported by the USCCA. I like how they make a case that it makes common sense.

It’s not radical. I gotta feeling it’ll be passed. You?

Kudos to the USCCA and to those R legislators, it’s brave. Though small, steps in the right direction. As with all my posts, just my .02 cents/IMHO.

I am in. It makes sense to me

Of course USCCA is for this. Hey they charge money for certificates like the NRA.

I think it’s a good idea that more is done to encourage people to seek the proper training to safely and affectively use firearms.

I’d rather see government get OUT of the business of what we own, especially with respect to guns.

Already enough LAWS that are ignored, or manipulated/modified by the government.

I don’t need them throwing scraps at me because I comply with their wishes. All I see is masses of unscrupulous people getting over on yet another government handout.

Responsible owners are already just that.

You will never fix stupid by mandating it.

I don’t support this Bill, nor do I support the USCCA supporting it.

Is everyone’s memory that short? You don’t remember the 1 BILLION gun owners registry that was digitized and fully searchable being kept by the ATF, inspite of it violating the 1989 FOPA law.

I don’t see how you can compare the two. What do they have in common. You can’t just stop doing stuff because you’re afraid the government is going to know.

What do they have in common? Really? Firearms, and registries that the current administration has shown that they will ignore Federal law over (hint: The FOPA law of 1986, you know the one that requires no registries of gun owners and their lawfully possessed firearms. The registry that the ATF has in a digital, searchable database with over 1billiom transactions on it.

Then this new bill that wants it’s users to update them on what sort of classes and training you have taken. To keep in a private registry that they super secret

promise will be private and not accessible. You know, just like they passed the law in 1986 called the Firearms Owners Privacy Act that forbid any Government Agency from creating ANY registry that linked firearms and the law abiding citizens,who bought them.

If you can’t see how those can be connected, I fail to understand how it can be that you can’t see how a register of your training that will supposedly be private, doesn’t have the ability to be abused now or in the future. Just like the ATF is breaking Federal law with their 1 Billion + registry right now.

Here is the pertint part of the FOPA

“Amends the rulemaking authority of the Secretary to provide that no regulation may require: (1) the transfer of records required under this Act to a facility owned, managed, or controlled by the United States or any State; or (2) the establishment of any system of registration of firearms, firearm owners, or firearm transactions.” You can go and look that law up if you like. Maybe that will help you understand

I think the benefit out weights possibility of foul play. To me it is like not starting a militia because the government is going to know about it. Fear is our enemy but it should not stop us from accomplishing our goals if it is not a threat to us. Just my 2¢. You make a good argument an I appreciate it.

I, predictably, oppose any and all government involvement in an individual’s keeping and bearing of arms in any way.

I, predictably, oppose any and all government involvement in an individual’s keeping and bearing of arms in any way.

I totally agree, there was a reason the right was written as SHALL NOT BE INFRINGED. Any restriction (law on it) is an infringement. Looking at the last 30 years I have absolutely NO trust that the government has my best interest at heart. The last few years, where criminals are being set free, and citizens are incarcerated, make my blood boil.

They can keep their meddling butts out of our rights, as the founders actually intended. Imagine if King George wanted to restrict the gun rights of the citizens of the colonies by removing firearms because of the possibility of violence? Oh yeah, he did, and it led to Lexington and Concord in 1775. The founders did not trust BIG government, I tend to agree with them wholeheartedly. And the last few years further cement that belief in my heart.

I do not see this proposal as benefiting gun owners in a way which outweighs the risk of abusing the lists created, even though there are provisions to not use them. I do think there are ways to promote taking classes or obtaining safety/storage equipment. I would suggest simply offering free government sponsored classes, freely accessible gun safes and safety equipment. The government already does this with things like fire detectors. This would provide access without the need to make or keep tracking lists. I also think that classes could be provided at many levels of training so a person could take any number of classes in the same calendar year. The current proposal limits the deduction to 250 a year which would lengthen the number of years it would take to complete a series of classes.

For the sake of transparency I will mention that due to my military disability income I already pay no income tax so would not benefit from a deduction of any amount.

Under any circumstance I refuse to be included voluntarily on any government data collection. Have you guys seen the current weaponization of government agencies against those that have dissenting opinions from the current administration?

There is a very good reason why it is illegal for the government to have a registry of gun owners. They still broke the law and have created one. Do you think that is going to go away easily? Don’t ever give up your rights voluntarily. Don’t get suckered by the government, they honestly do not have your best interest at heart.

We usually call ourselves “law-abiding citizens”. What happens when we allow laws that infringe on any of our rights a bit at a time. Would you be so law-abiding when the government criminalizes your simply for speaking your mind? What then? Do you want the government to have ready-made access to your information when they come for you?

I’ve never been paranoid, but I’m seeing an incredibly vast overreach by our government, and the unelected agencies. If it does not scare you now, it should. What happens when by the stroke of a pen, the words of a politician, or the design of the majority, YOU become the “others”?

Just one of the latest:

Maybe I’m missing something, but I guess I don’t see where tax credits for training or safe storage equipment open the possibility of registry…

This bill would allow tax deductions for those purchases. Nothing says you have to claim them on your taxes though if you choose not to. If the bill passes and you don’t want to claim them, how would it affect you?

Oh, it’s own separate thread is definitely the better place for discussion. I just put it here to make the point that trusting our government not to misbehave with our information is foolish, IMO.