They caught the Idaho killer using cell phone ping data, the exact same method used to track the [#2000Mules] One’s praised as “brilliant detective work”, the other has been vilified as “not credible.” See how this works? We live in a mirrored fun house where every image is bent.

It has been eye opening for me. I’ve been watching as the Prosecution has released more and more information about how they came to the conclusion that the man they have in custody is the one they sought.

He was stopped 2 times that night. They followed his journey home with video surveillance, from the area of the murders until he was 3 blocks from home. Footprint analysis that corresponds with the shoes he was wearing.

I was just thinking of how technology has become more and more intrusive.

Yes it’s scary how far they have come. Pretty soon they will be able to get someone before they do a crime. Think thought police.

Pretty soon they will be able to get someone before they do a crime.

This is the year shown in Philip K. Dick’s, “Minority Report”.

You think anyone is going to wait until 2054? Plenty of evidence of deplorable thoughtcrime just on this forum.

Who knows?
We still don’t have hoverboards used by Marty McFly in 2015… 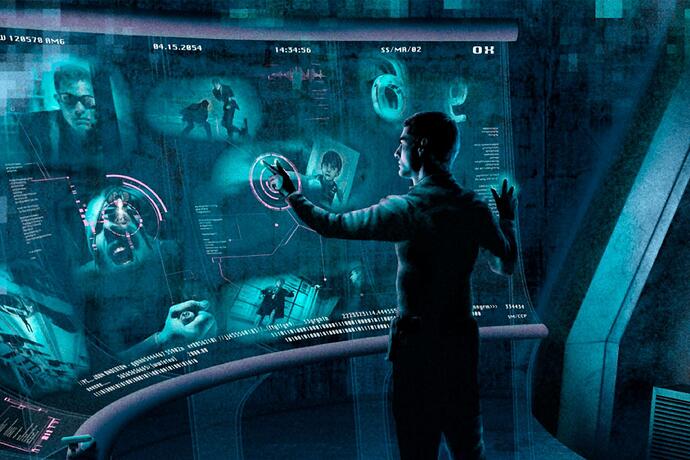 Not exactly those, but hoverboards do exist, for example, in 2011, here; and here, and here.

Not exactly those, but hoverboards do exist,

not even close to McFly’s hoverboard.

We can still dream of them…

For all those who aren’t fully aware of their capabilities. If you are one of the " Lost all my guns in a boating accident" crew. If you had your cellphone with you when they were lost, they will be easily found. If your vehicle is fairly new with navigation, they will have a second source of your route.
What I find so ironic is that the “GUY” on the park bench who planted a bomb in D.C. was talking on a cellphone yet his(FBI ?) identity is still unknown.

the “GUY” on the park bench who planted a bomb in D.C. was talking on a cellphone yet his(FBI ?) identity is still unknown

no they know who it is. they just won’t give him up because he is either 1 an FBI plant or 2 an agent who works in one of the alphabet agencies

Yes, while the police’s hands are tied more tightly than ever, and the release of most prisoners far before their release date. Drugs are being decriminalized, causing what’s left of our civilization to further crumble. The Minority Report isn’t far off, as Biden’s Ministry of Truth builds its power.

I’d be perfectly happy with an anti-grav vest to fly in.

Not even close to being an option. I say we blanket them with psychologists. The problem is there is already a shortage and who determines what are psychological infirmities. There has to be less violent ways. We will figure it out. What is that saying about wise men and rushing in?