When I lived in California, a friend of mine used to drag race an Olds 442 in bracket racing. I believe it was a 71 as well. He rebuilt the engine in his guest bedroom one winter. I forgot why, but it was hilarious. I helped him with the car occasionally. Was fun and I really liked that car.

For myself, I have always been fascinated by the old 70s Dodge Daytona and Plymouth Roadrunner Superbirds. I would really love to own one of those, but they are rare and very pricey.

What are some of the favorite cars you’ve driven?

In the 90’s I was a tire demonstration driver for Firestone. We toured the Country with 4 Saleen Mustang’s. 2 primary cars and 2 backups. One of the Mustangs had your average cheap tire, the other was outfitted with the correct Firehawk performance tire.

That was a lot of fun to drive those Saleen Mustangs, especially when they had the right tire.

But if you ever need absolute proof that I won the lottery. You will see me driving a 69, white topped convertible Judge GTO in it’s original orange with a white stripe down the middle. My real mother had one and I can remember begging her to give me that car.

After 40 years of sitting in storage, I’m getting my dad’s '24 Model T on the road so it can celebrate it’s 100th birthday.
Model T’s are fun to drive 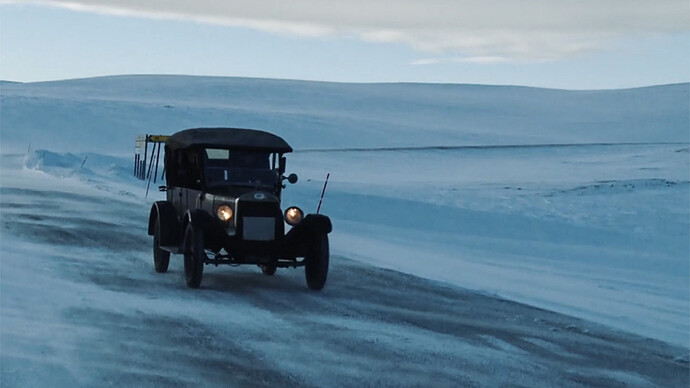 ‘It’s a journey into slowness’: on the road with a Model-T Ford through...

‘It’s a journey into slowness’: on the road with a Model-T Ford through Europe in winter

Most fun ride at the highest speeds on a civilian road way. 1988 Pontiac Firebird trans am GTA T-top. Middle of winter, T-tops off, I-66, heat on full blast, 221 mph, DC to Herndon, VA in 5 minutes, have to admit, that day, better than sex! Not a car geek, just decided to push it!

If you really want the adrenaline flow, 1986 Mazda RX7, my silver bullet, passing an entry to the freeway I-64 at 127 mph, I can see in the side view mirror a VA state police car burn up the dirt, creating a plume 10’ high. Pushed it a little more, slammed on brakes, ( obviously didn’t “slam” on brakes ) got behind little old lady doing speed limit, relaxed, took out a cigarette, pushed in the lighter, popped it, lit it, said hello at the speed limit, to the officer to my left, he waved his finger, NO, NO! He hit the gas and waited for me, maybe 10 miles up ahead! Never stopped, kept going the speed limit all the way to the beach. I knew they would be on the look out. They probably had a BOLO out on me all the way to Florida! I learned two things that day, patience and speed thrills!
To the officer, if you’re out there, my bad. A fun time was had by both of us!

Love Love Love the Olds 442. When I was a little kid my dad had an Oldsmobile Starfire. Man I wish I had that car now.

Model T’s are fun to drive

My grandfather had a Model T. I wish I got it, but it went to a different cousin. You’re right, it was a lot of fun to drive. It’s very different from today’s vehicles, in many ways. One of the things I liked most was the wooden car frame that would warp to the terrain. If I was a true car collector with a big garage, I’d be on the lookout for one of these.

I don’t know why, but I’ve never driven a Camaro. I’ve heard so much about them and watched many, many Camaro vs Mustang videos over the years, but I’ve just never bothered to get behind the wheel of one and try it for myself. Maybe I should, but I’m afraid I would like it.

There’s a big part of me that would really like to own an American pony car. But like I said, I’ve never tried a Camaro. I’ve tried a couple of (low end) Mustangs, and they were very disappointing. Perhaps if the dealer would let me try a real one, they’d make a sale. I kind of like the Chargers, but if I went to buy a Charger, I’d end up buying a Challenger, instead.

But if you ever need absolute proof that I won the lottery. You will see me driving a 69, white topped convertible Judge GTO in it’s original orange with a white stripe down the middle. My real mother had one and I can remember begging her to give me that car.

I’d like to have my old fox body back. 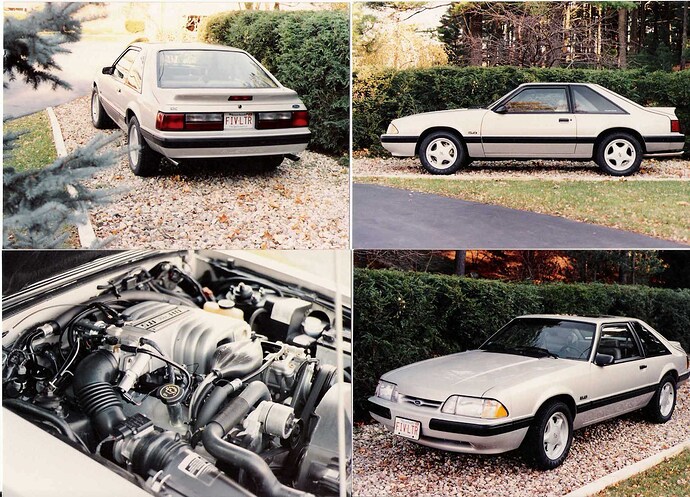 At the time I couldn’t stand Mustangs. I drove a few of each, to me the Mustangs were gutless turds barely faster than my mom’s Taurus that sat high and drove like a regular car with a little more power…but the LT1 and LS1 F-bodies had power that walked all over the Mustangs (225 horsepower in a GT haha), sat lower to the ground, and drove more like a Corvette. Mine ran 11’s in the 1/4 ‘cam only’ (installed the cam myself) as my 24/7/365 daily driver in the snow belt (everything was slower then, Supercars were barely breaking under 4.0 in the 0-60)

The WRX is a lot of fun! A friend of mine had a modified 2 liter in England that could really push you back in the seat. Seat of the pants feel reminded me of another friend’s '68 Camaro that ran mid 10’s. We gave an Aston DB8 a real run for his money roundabout to roundabout just outside Bath one memorible night. I never got behind the wheel as his insurance only covered him as the driver. His wife nor sons ever drove it either.

Edit: Still in the Japanese product line, my son has a Skyline GTR with a 2.6 liter inline 6 that dynoed barely under 500 horses at the tires.

The Utah Highway Patrol use the 5.0 Mustang for while, They got rid of them when the troopers complained that they felt like the back tires were always trying to pass the front tires, their words not mine.

It’s weird, because I want to like Mustangs. I know plenty of people who only trade their Mustangs in for newer Mustangs. But I’ve just never been in one that I liked. I tried to climb in a Shelby, but the dealer wouldn’t let me sit in it, let alone take it for a spin.

Got a ride in a Saleen Mustang once. It would pin you back in your seat.

As for dream cars, Cobra 427 all the way, I am surprised at how little repro’s go for, even with a 427 FE, so maybe if the economy gets better. Also would like a 66 or 67 Fairlane GTA or Mercury Comet Cyclone would love a 428 but the 390 is much more affordable.

'68 Chevelle, '69 Camaro, '67 Stingray, '67 Mustang fastback are some of my favorites but currently drive a tuned '13 Mustang GT. Write and test my own tunes on the car which is a little scary at times but satisfying and dare I say, fun.

Got a ride in a Saleen Mustang once. It would pin you back in your seat.

A buddy of mine had one - he had several moving violations >160 in that one.

A college buddy had a Cyclone with L60-15 tires on all 4 corners. 429 if I remember correctly, headers with straight pipes coming out just in front of the rear tires. Thirty minutes was pretty much about as much noise and grinning I could take in a continuous ride.

Fair credit to the Chevy’s - another college buddy had a '72 Trans-Am with the SD455 in it. He scared the crap out of me the 1st time I rode with him. We made passes on two lane roads that I previously thought impossible. After a couple rides I realized he had not only plenty of room to work with, but room to spare.

I took another fun ride around the Monaco Grand Prix course in a Ferrarri Americana a couple of years ago. It was a charity event. I was next up to ride in an Enzo, but it was overheating and had to be taken out of cue to cool down. I said put me in whatever you have next available …

Ferrarri Americana I rode in: 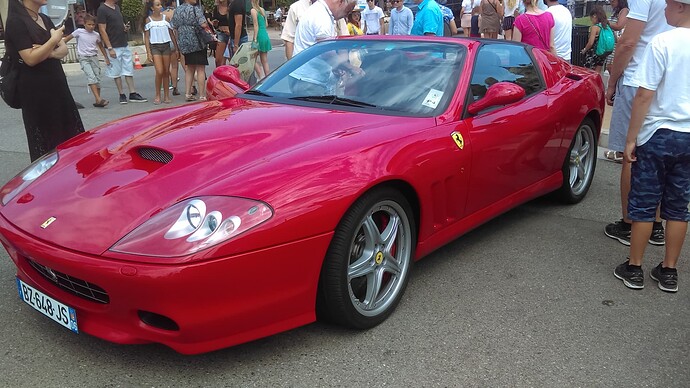 Don’t call myself a Ford fanatic but we’re a Ford family. Currently drive a '13 Mustang GT, wife drives a '09 F150, my youngest son drives a '03 Mustang GT. When my oldest bought his first new car I told him (joking) he was on his own unless he bought a Ford.

He ended up buying a '20 Mustang. LOL

Since we have a captive audience here, not meaning to go off-track, but who the duck designed the placement of battery in a Dodge Journey?